Madeleine, Mette-Marit & Frederik godparents to Prince Oscar at his christening

Today, the Swedish Royal Family gathered to celebrate Prince Oscar’s christening, as he was welcomed into the Swedish church. His five godparents, including three European Royals, were also in attendance at the ceremony at the Royal Chapel at the Royal Palace of Stockholm.

Crown Princess Victoria holds Prince Oscar of Sweden at his christening in the Royal Chapel in Stockholm today.

Princess Madeleine and Chris O’Neill attended with both their children, Princess Leonore and Prince Nicholas, while Prince Carl Philip and Princess Sofia were alone, the one-month old Prince Alexander staying at home.

Frederik and Mette-Marit were both joined by their partners, Mary and Haakon respectively.

Oscar’s sister, Princess Estelle, helped fill the baptismal font with holy water for the occasion. She was asisted by her aunt, Princess Madeleine. The water came from a special spring on the island of Öland, and was put into the silver 18th century font.

Madeleine’s two children, Leonore and Nicholas, almost stole the show as the young Princess toppled off her chair at one point, before playing in the aisle with her toy horse; Nicholas, meanwhile, was pleased to show his aunt Sofia his toothbrush during the service.

During the service, both Frederik and Mette-Marit delivered readings.

After the service, Victoria and Daniel proudly presented their baby boy, who was wearing his new sash and order given to him by his grandfather, the King.

A reception and a lunch were then held for guests, and a 21-gun salute was fired from Skeppsholmen in Stockholm. Here are some more pictures from the day. 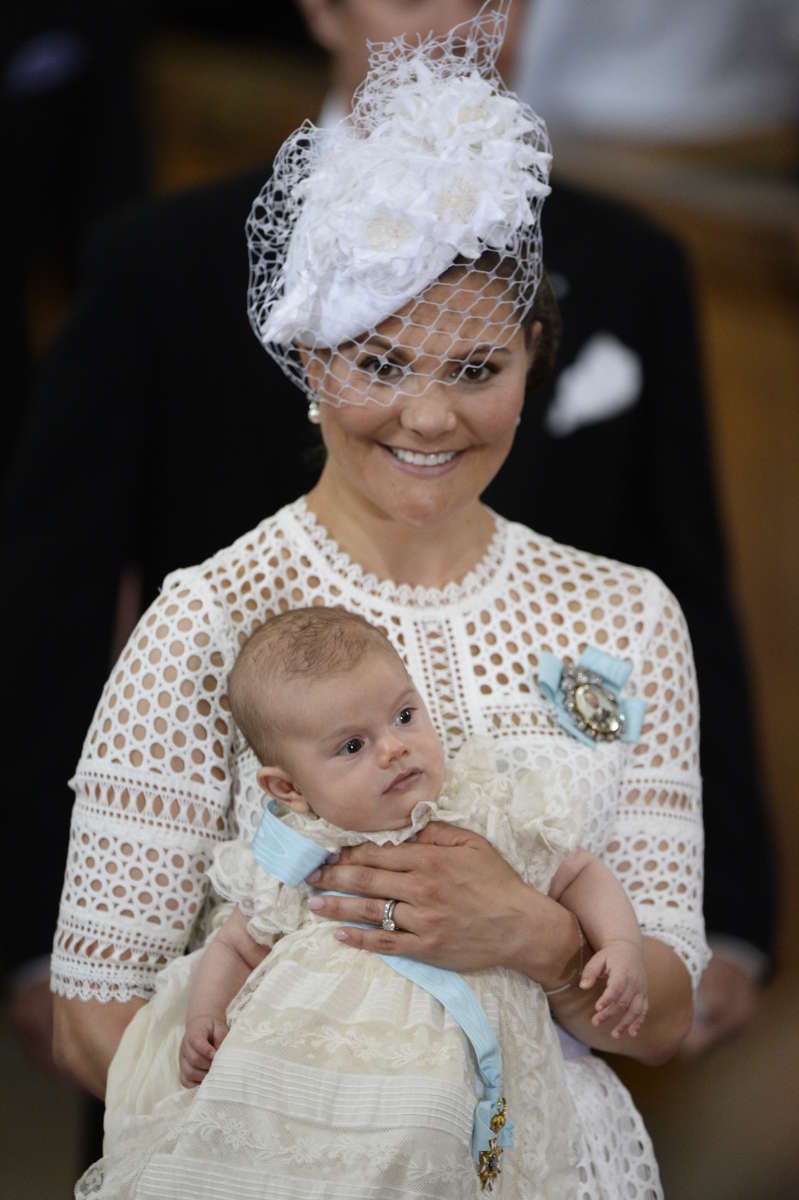 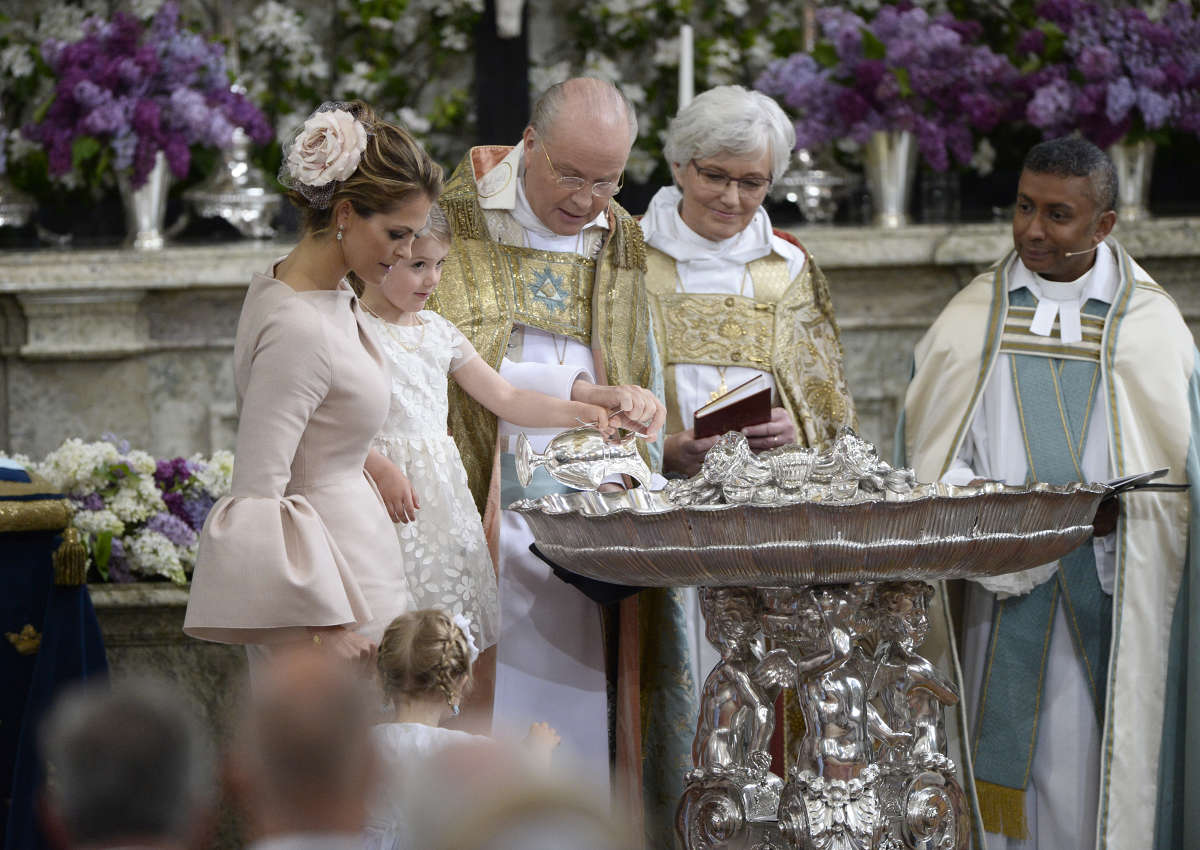 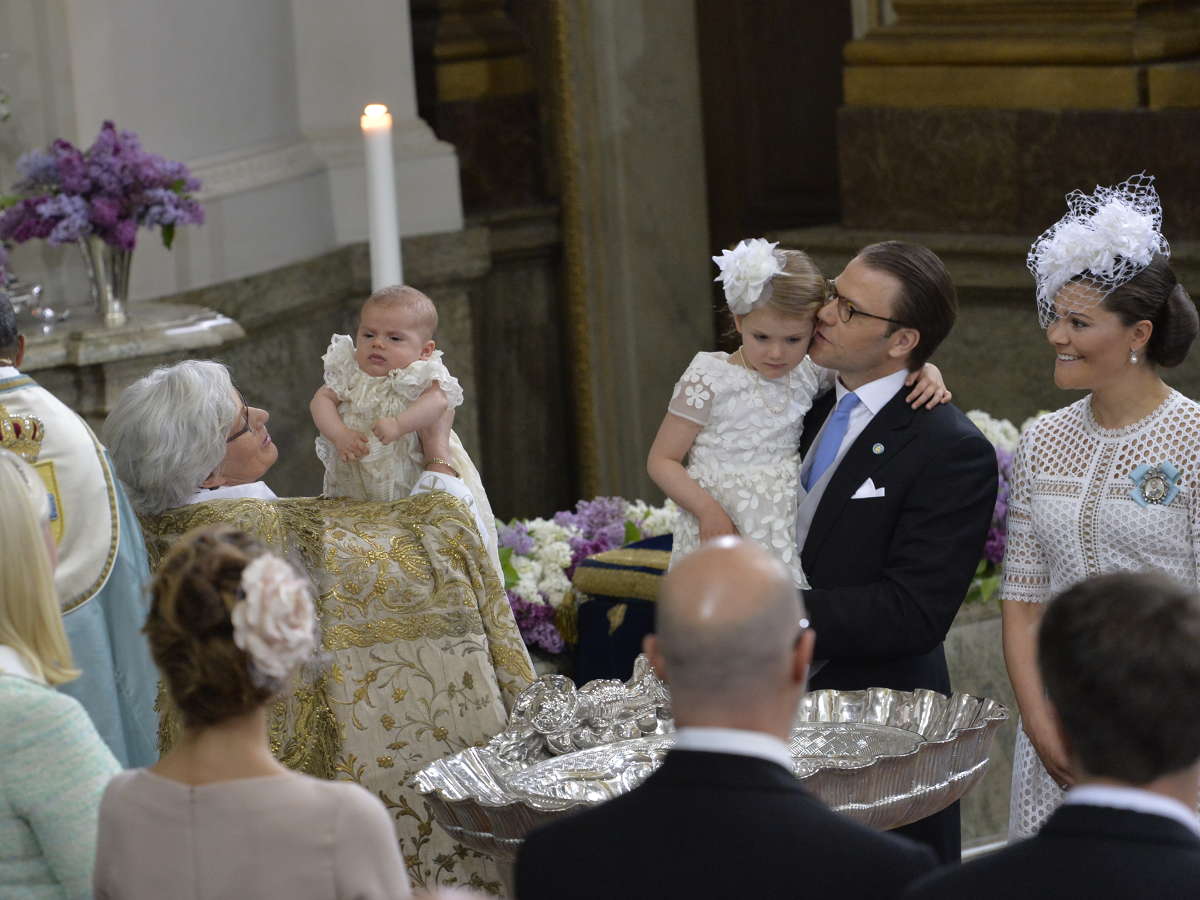 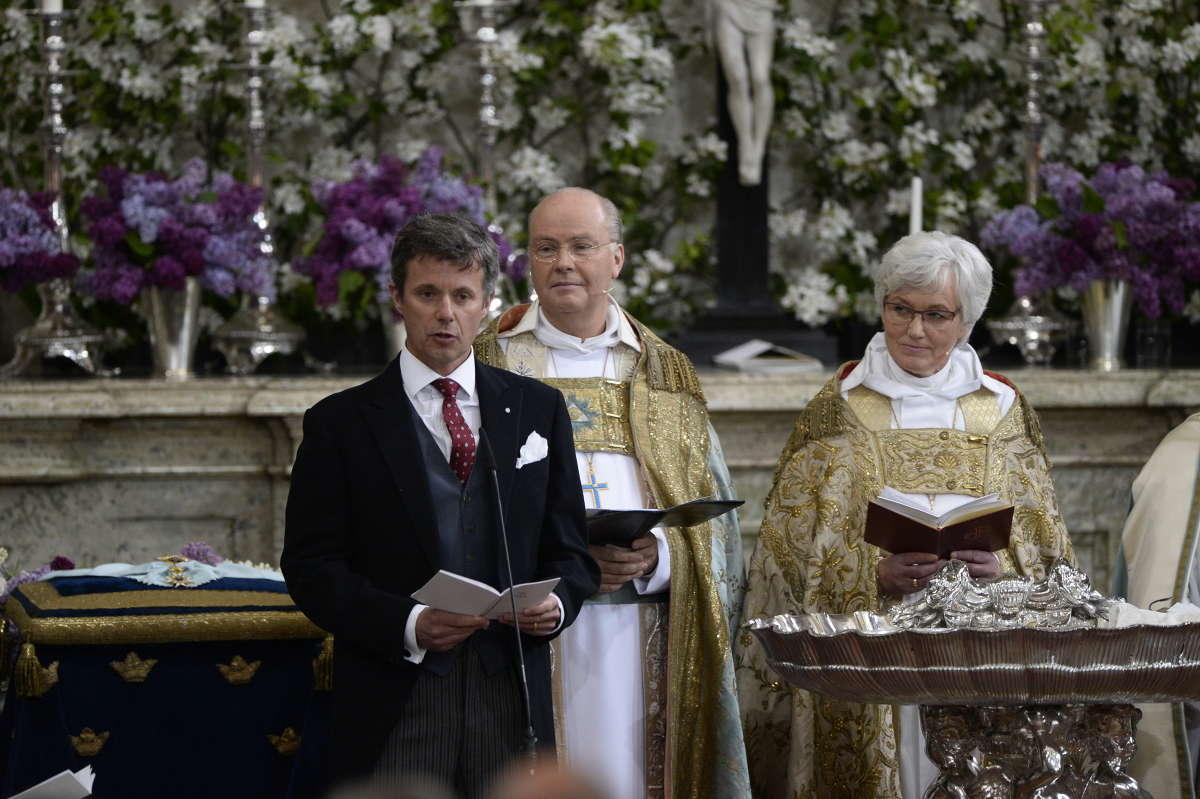 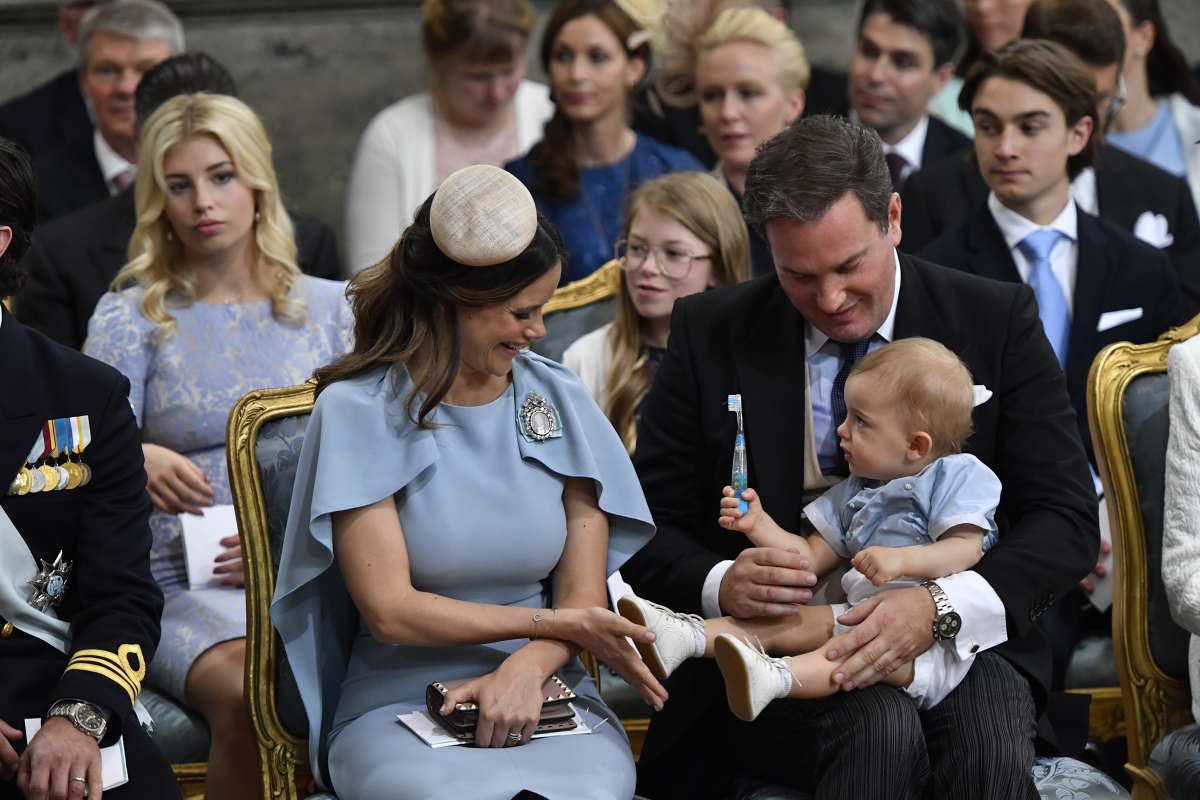 Prince Nicholas plays with his toothbrush 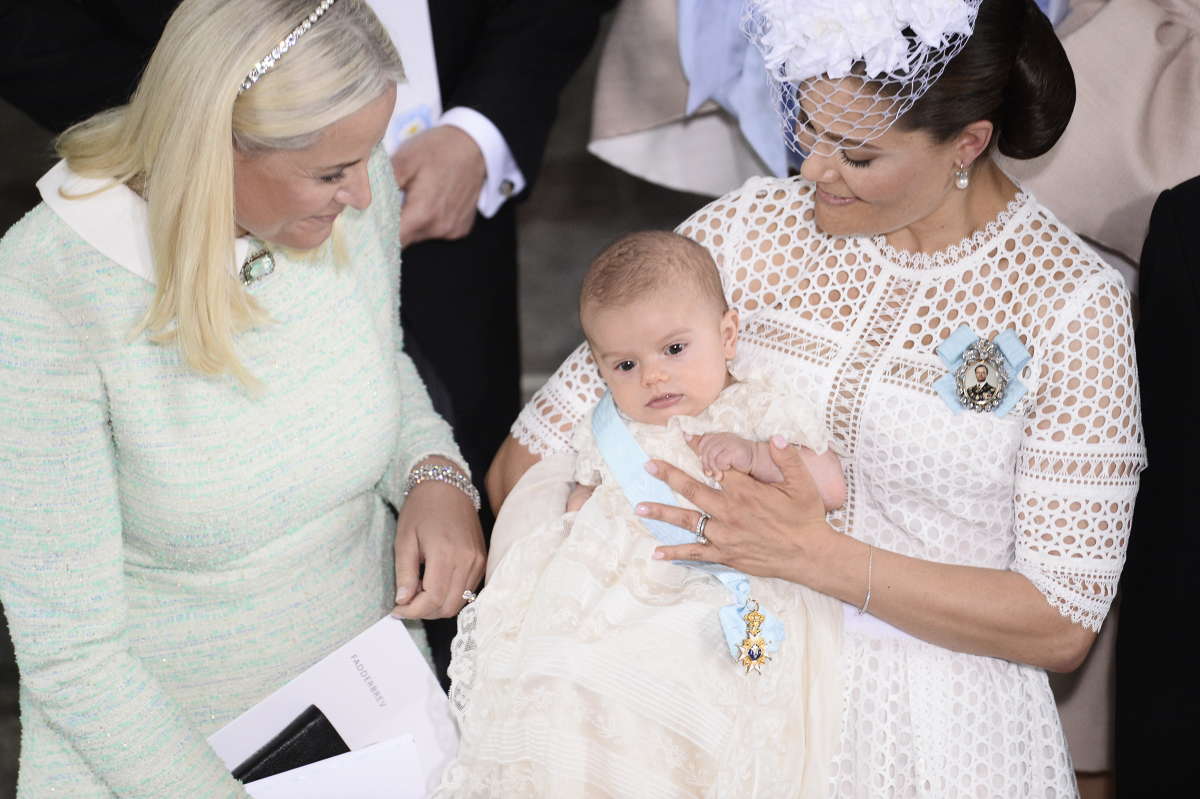 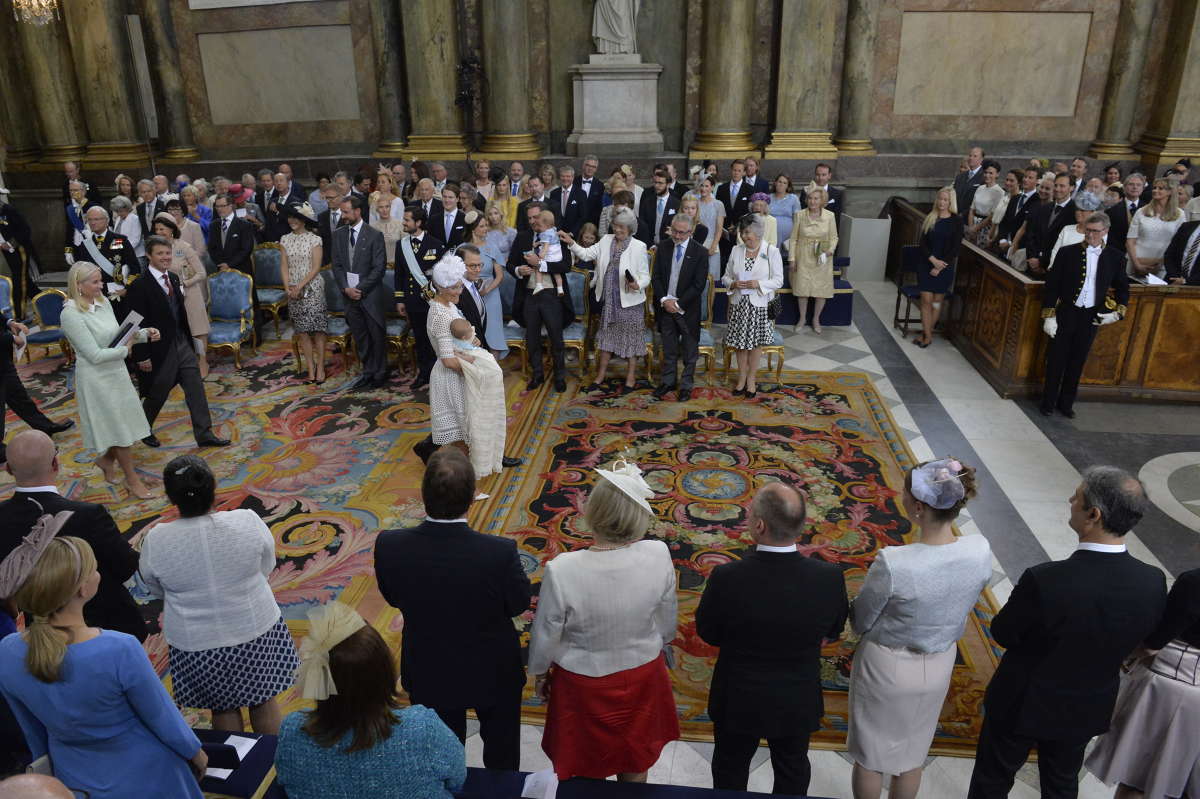 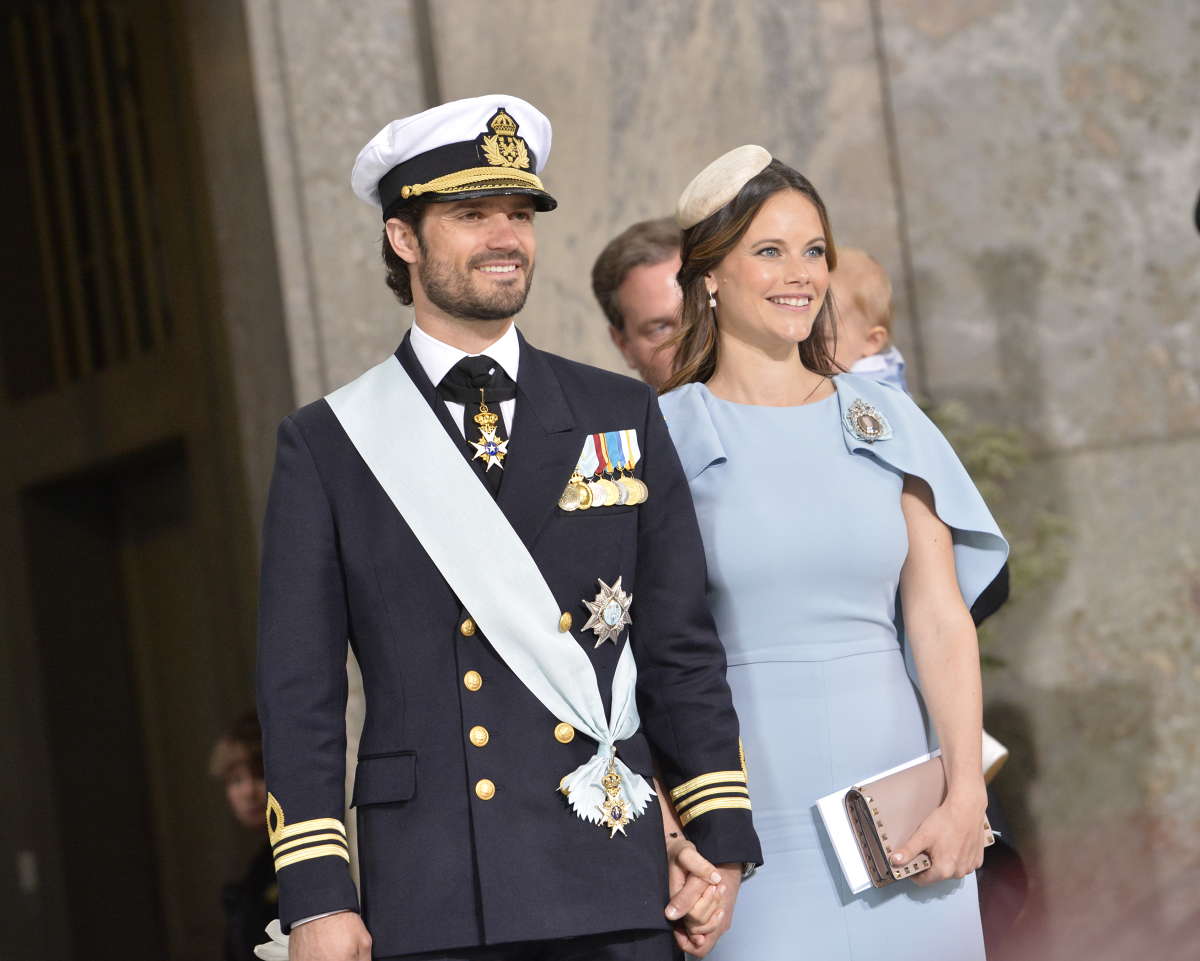 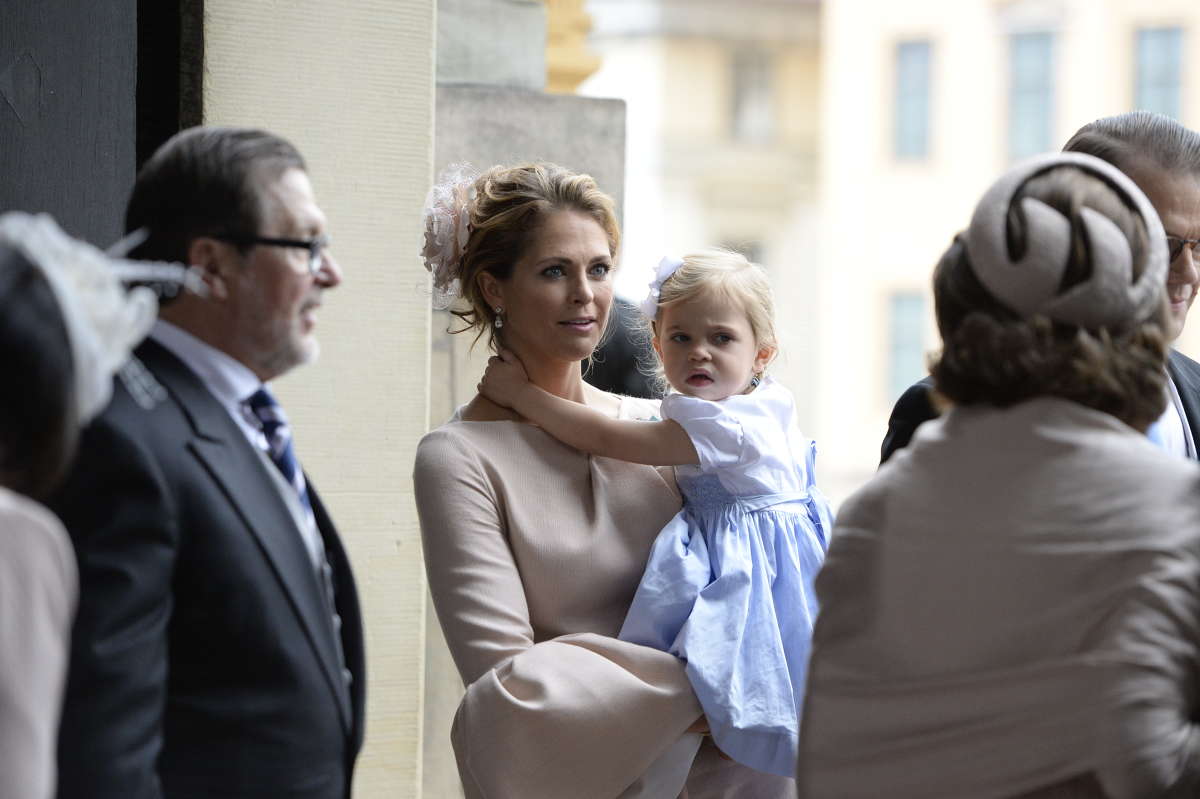