Charles speaks out on Syria, climate change & George’s love of the outdoors

Prince Charles has spoken out about climate change and how we need to deal with it, as well as Prince George’s love of nature, in an exclusive interview with Sky News.

Charles, who is due to give a keynote speech at the opening of the United Nations conference on climate change in Paris next week, has voiced his concerns for the planet, likening a potential future with rapid climate change to the banking crash on 2008: “There’s a real possibility of nature’s bank going bust,” the Prince said. 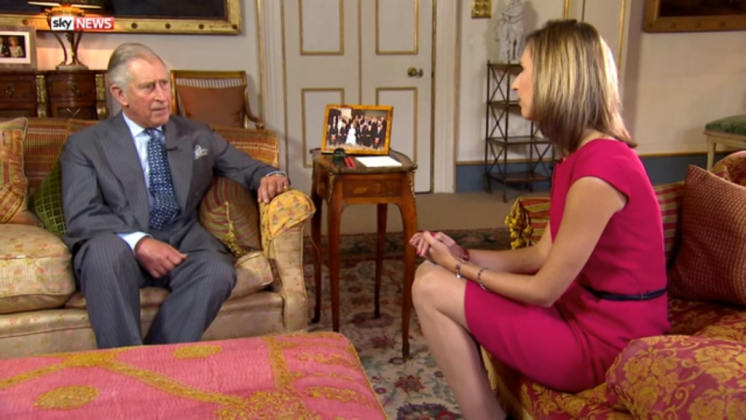 “We’re seeing a classic case of not dealing with the problem, because, I mean, it sounds awful to say, but some of us were saying 20 something years ago that if we didn’t tackle these issues you would see ever greater conflict over scarce resources and ever greater difficulties over drought, and the accumulating effect of climate change, which means that people have to move.”

WATCH THE INTERVIEW BELOW

The Prince of Wales has long been a campaigner for environmental issues and even said that the conflict in Syria is mainly caused by climate change: a drought.

“And in fact there’s very good evidence indeed that one of the major reasons for this horror in Syria, funnily enough, was a drought that lasted for about five or six years, which meant that huge numbers of people in the end had to leave the land but increasingly they came into the cities.”

The interview with Prince Charles was filmed in Clarence House’s Garden Room before last week’s terrorist attack in Paris, and aired last night.

Asked whether there was direct link between climate change, conflict and terrorism, Charles said: “Absolutely. We never deal with the underlying root cause which regrettably is what we’re doing to our natural environment.”

“It’s only in the last few years that the Pentagon has actually started to pay attention to this. I mean, it has a huge impact on what is happening.”

Referring to the upcoming summit, the 68-year-old Prince said he was unsure that the 118 leaders attending the Paris talks will be able to reach a deal to limit greenhouse gas emissions, a key aim.

Charles was clearly knowledgeable on the topic, giving facts and statistics off the top of his head, including Sweden’s renewable energy and economic growth, showing a causal link. 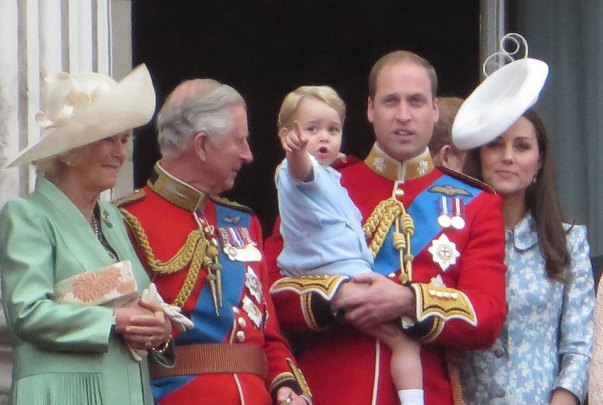 He also briefly spoke of his grandson’s enjoyment outdoors: “Fortunately, he’s one of those characters I think who naturally instinctively likes to be outside, it’s very interesting… I’ll be intrigued to see if it lasts but he loves being outside.”

He himself enjoys gardening and being outdoors, and was asked by Ms Mills if he could pinpoint a moment that he knew something needed to be done about the way we treat the environment.

“I have said this before, probably very boring, but when I was a teenager in the 1960s, I saw so much being destroyed around us, and I saw the digging up of all our precious flowerage meadows, and wetlands, and the hedges ripped up and trees cut down… the centres towns cities ripped out, going on at a huge pace thinking ‘But this is going to go too far,’ and the more I thought about it, the more I felt you needed a balance in all of these things… if it goes too far there’s an equal and opposite reaction.”

PrevPrevious articleSophie Wessex: ‘it was hard finding my own path in the Royal Family’
Next article‘George will be bouncing around like a rabbit’ at Christmas says WilliamNext