Today, The Duke of Cambridge was out and about in Oxford, to open a new building at the famous university.

Prince William officially opened the new £60 million HB Allen Centre on Banbury Road. It is built on the site of a former hospital.  The centre is the new home for Keble College’s graduate students,  providing them with accommodation, libraries, laboratories and museums. It is also a centre for groundbreaking research into robotics and virtual reality, along with supporting tech and science start-ups.

The Duke toured the centre and greeted college staff, donors and trustees on his arrival. William, 37,  was greeted by crowds of well-wishers, including graduate students who had gathered on the roof to catch a glimpse of the future king.

Keble College has over 840 students, making it one of the largest colleges at Oxford University. The college was founded in 1870. The HB Allen Centre was built as part of Keble’s 150th Anniversary Campaign. The college celebrates it’s 150th anniversary in 2020. The centre is one of the most exciting and significant new building projects in Oxford. It is home to a vibrant community of academics, researchers, innovators and scholars.

Keble College is the first Oxford College of the modern era. It opened in 1872 and is named after it’s founder, John Keble (Better than Bacon / Flickr)

The centre provides a new home for Keble’s community of graduates. It houses 230 top quality student en-suite bedrooms, including multi-room apartments and a gym. There is a collaborative learning centre, library, research centre and cafe. Facilities also include a lecture theatre seating up to 120 people, along with seminar rooms and a large exhibition and performance space. The building is all focused around an open 21st century Oxford Quad.

His Royal Highness met graduates who have been living at the centre to hear about their experiences. 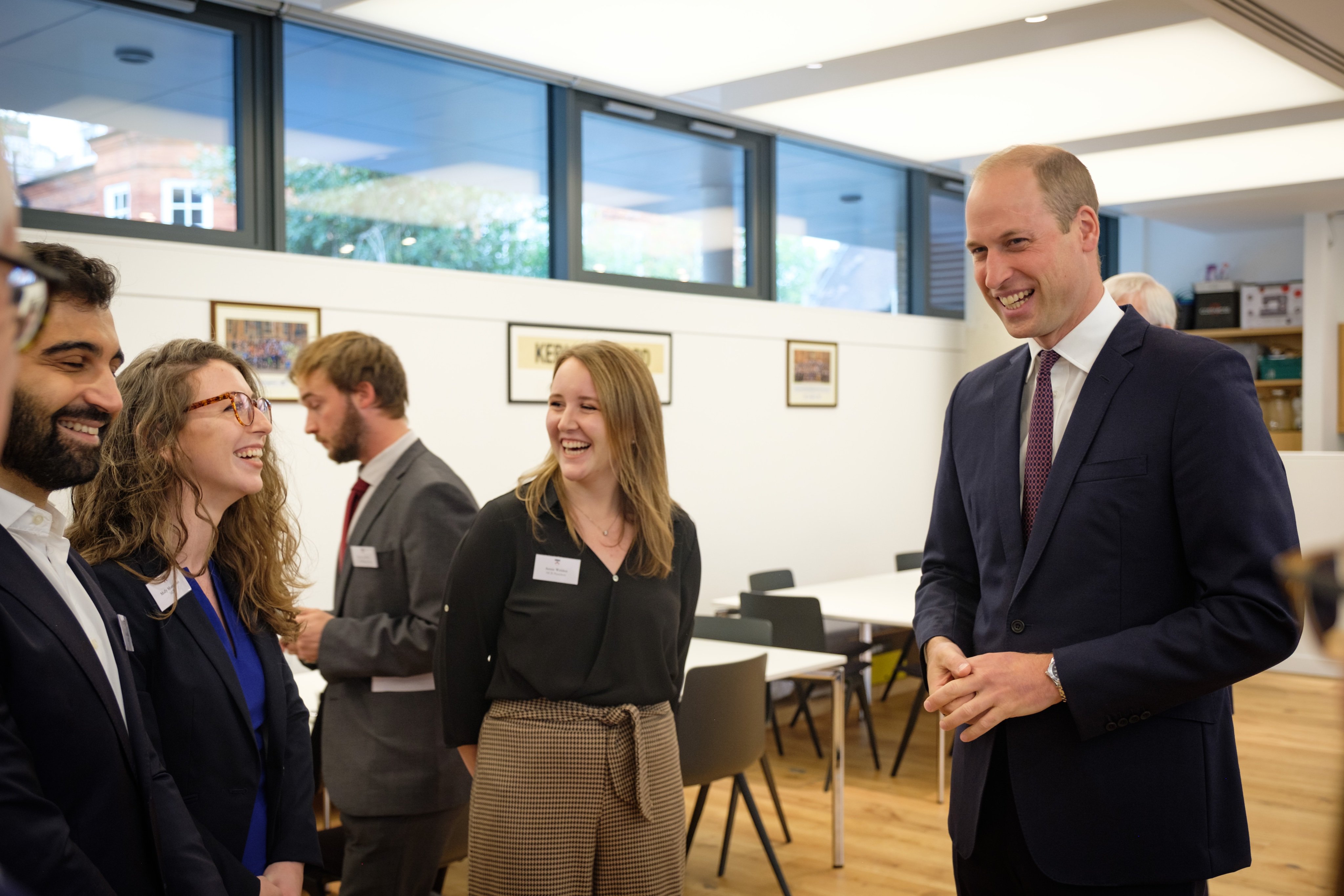 Underneath the HB Allen Centre, an extremely large space has been created for research facilities and laboratories. The first two tenants based at the centre are The Oxford Sciences Innovation (OSI) and the Oxford Robotics Institute (ORI).

During his visit, the second-in-line to the throne visited the OSI’s Innovation Incubation Space. He met some of the start-up companies, including a business, Oxford VR Ltd that uses virtual reality to treat psychological and mental health disorders through immersive therapy.

Prince William was very interested in the demonstration to show how Virtual Reality headsets are being used to treat patients with psychosis, by putting them in settings that encourage them to socialise and to overcome intrusive thoughts.

The Duke of Cambridge met academics from the Oxford Robotics Institute. He was introduced to the robotics being developed at the centre and met cutting edge technology, in the form of Betty, a mobile service robot. Nick Hawes, associate professor of robotics explained that Betty is designed to work on anything from nuclear decontamination to supermarket stocktaking. 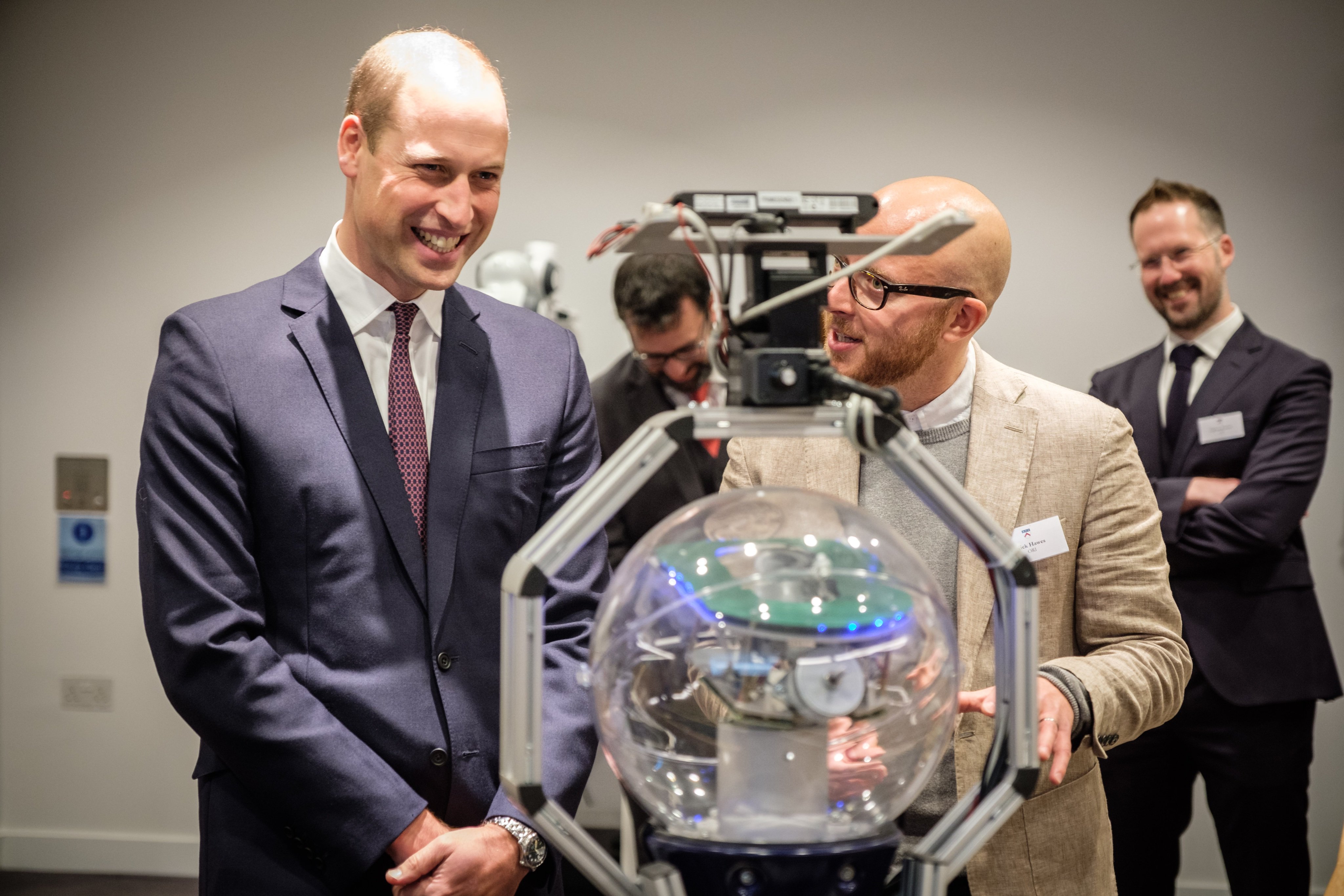 The Duke of Cambridge meets Betty the Robot (Kensington Royal)

The Duke of Cambridge also met Bamm-Bamm, a Human Support Robot. Bamm-Bamm competed in this year’s RoboCup, an annual international robotics competition. The aim of RoboCup is to promote AI research and robotics and push the boundaries of scientific research.

Lars Kunze of the ORI explained to Prince William that the robot could identify various objects and pick them up on command. Bamm-Bamm, a Toyota powered intelligent machine, was able to identify a plant, grab hold of it and pass it to the Duke. 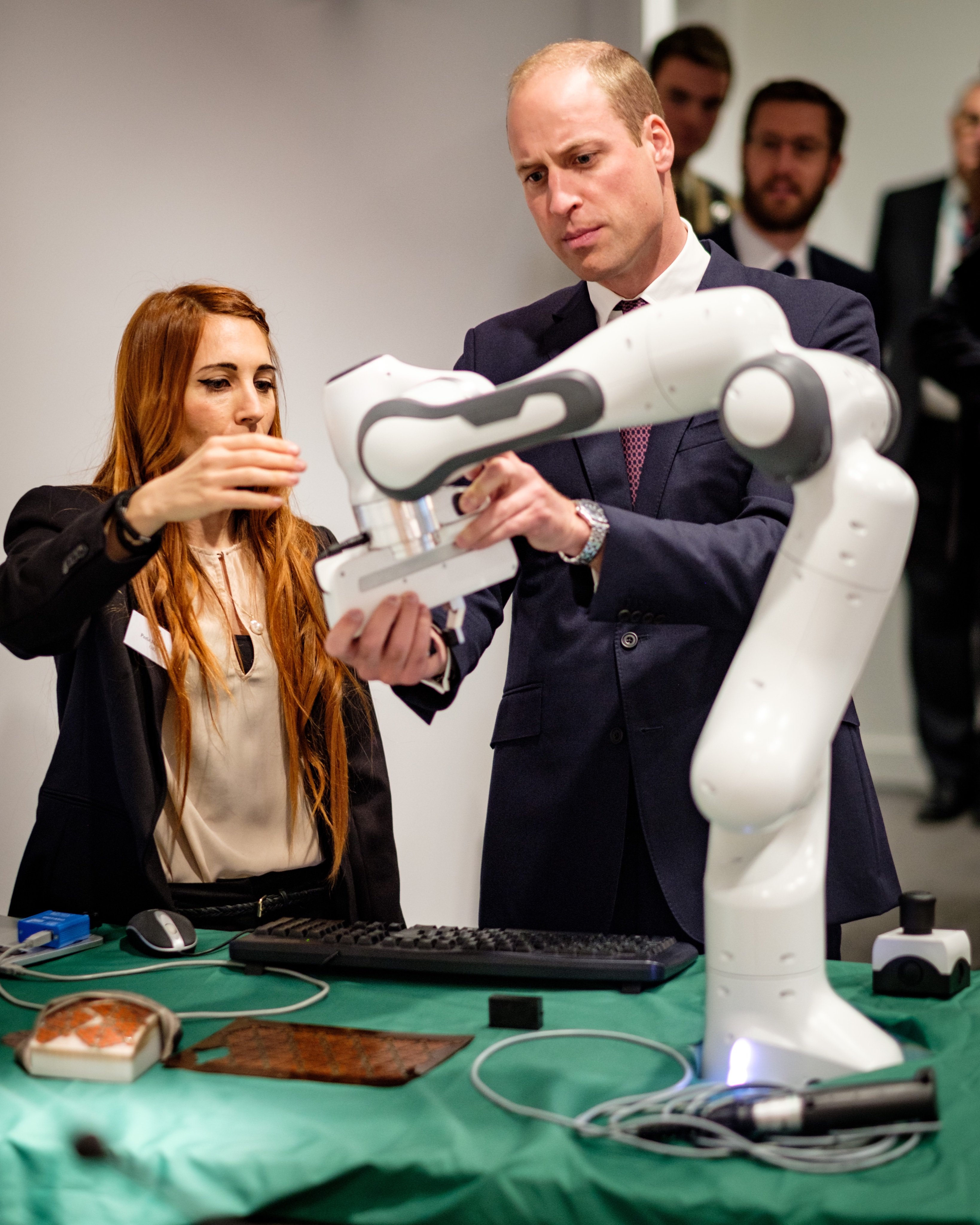 After Bamm-Bamm approached The Queen’s grandson, William joked:  “This is where I get run over by a robot.”

Before leaving, William unveiled a plaque to officially open the HB Allen Centre. He playfully boasted that St. Andrews, the university he attended, and where he met his wife, Kate, was the best university!

The Warden of Keble College, Sir Jonathan Phillips commented on the royal visit. He said he was delighted to welcome William to the college as it enters it’s 150th year: “The Centre signals a new chapter in our history, offering outstanding accommodation for our growing community of graduate students and providing state of the art facilities to support research and spin-out activities.”

As far as I can remember I have loved history. When I was little I would devour books on Henry VIII and his wives. My love of the Royal Family began with Princess Diana, when I was a young girl and I have been a Royalist ever since. I am obsessed with all things Royal, and was delighted to have visited Buckingham Palace and Kensington Palace, along with the V&A last summer. I studied English Literature and History at the University of Wales. I have a massive love of poetry, particularly the Romantic Poets and I am obsessed with the Pre-Raphaelite Brotherhood. I love theatre and musicals, with Wicked being an absolute favourite of mine. I live in North Wales and have been married for 18 years. I am a mum to 2 amazing daughters and a very moody Tortoiseshell cat! To relax and unwind I love reading (I can't stop buying books!), watching films and documentaries (especially anything historical and royal related) and Yoga.