Kensington Palace have released a letter pleading with international press to stop buying paparazzi images of The Duke and Duchess of Cambridge’s children, which are regularly published abroad.

UK media already adhere to a code, something of a gentleman’s agreement, whereby they will not publish unauthorised images of Prince George or Princess Charlotte to allow them a normal and private childhood.

Recently, the couple have released more images over the past few weeks, following Charlotte’s christening, and Prince George has been more visible, attending Trooping the Colour for the first time this year. 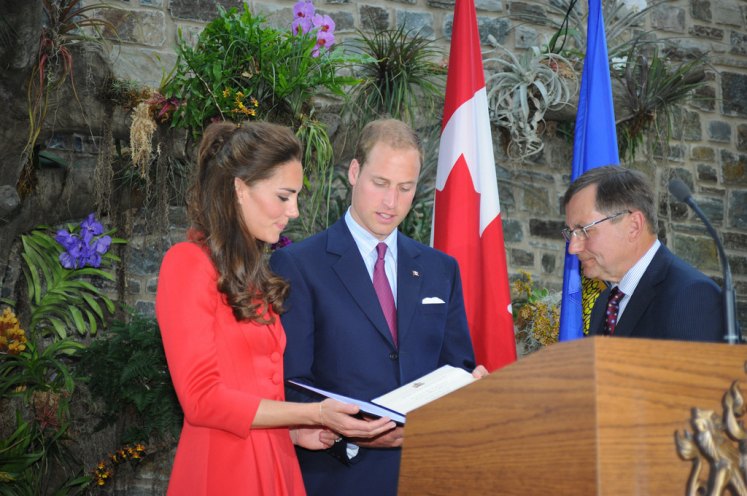 The letter talks of the challenges faced  by William and Catherine and the Palace from ‘harassment and surveillance by paparazzi photographers’.

But it did praise the British media and those who do not publish such images, including publications in the Commonwealth, and some in the US.

“The Duke and Duchess are glad that leaders in the media industry share the view that every child, regardless of their future public role, deserves a safe, happy, and private childhood. They have been delighted to share official photographs of Prince George and Princess Charlotte in recent months to thank the public for the thousands of kind messages of support they have received. News photographers have had several recent opportunities to take photos of the family and these will be a regular occurrence as both children get older.”

The letter then refers to an incident that occurred last week – a man sitting in a car all day, stocked with supplies, so he could watch and photograph Prince George at a playground, which the Palace have called ‘disturbing’.

“Paparazzi photographers are going to increasingly extreme lengths to observe and monitor Prince George’s movements and covertly capture images of him to sell to the handful of international media titles still willing to pay for them.”

“A photographer rented a car and parked in a discreet location outside a children’s play area.  Already concealed by darkened windows, he took the added step of hanging sheets inside the vehicle and created a hide stocked with food and drinks to get him through a full day of surveillance, waiting in hope to capture images of Prince George. Police discovered him lying down in the boot of the vehicle attempting to shoot photos with a long lens through a small gap in his hide.”

“The worry is that it will not always be possible to quickly distinguish between someone taking photos and someone intending to do more immediate harm.”

The Crown Chronicles already has a policy to not publish any such images, nor share or endorse them, as we believe that George and Charlotte, regardless of the position they are in, deserve privacy and normality during their infancy. They will have many years ahead of them to deal with such attention, and we feel it only right we respect the wishes of the family.

The statement then goes on to list other  incidents, which are alarming.

“This incident was not an isolated one. In recent months photographers have:

• on multiple occasions used long-range lenses to capture images of The Duchess playing with Prince George in a number of private parks;
• monitored the movements of Prince George and his nanny around London parks and monitored the movements of other household staff;
• photographed the children of private individuals visiting The Duke and Duchess’s home;
• pursued cars leaving family homes;
• used other children to draw Prince George into view around playgrounds;
• been found hiding on private property in fields and woodland locations around The Duke and Duchess’s home in Norfolk;
• obscured themselves in sand dunes on a rural beach to take photos of Prince George playing with his grandmother;
• placed locations near the Middleton family home in Berkshire under steady surveillance”

George has been described as the photographers  ‘number one target’, saying that a ‘line has been crossed’.

“Any further escalation in tactics would represent a very real security risk.”

It has been emphasised the stress this has brought to the couple: “Every parent would understand their deep unease at only learning they had been followed and watched days later when photographs emerged.”

They also want their children ‘to be free to play in public and semi-public spaces with other children without being photographed’, and stressed that they will pursue legal action in future.

The letter recognised that readers of such publications may not be aware that these images are, to all intents and purposes, contraband, and thought that ‘readers deserve to understand the tactics deployed to obtain these pictures’.

We also urge readers to boycott publications that use such pictures, and respect the wishes of The Duke and Duchess of Cambridge for their children, and allow Prince George and Princess Charlotte a normal childhood.

You can read the letter in full here.

Duchess of Cambridge in Cumbria: Air Cadets catch up & learning from Holocaust escapees

Duchess of Cambridge thanks RAF personnel for Afghan evacuation

Prince William hands out awards to paramedics in velvet tux

Prince George all grown up in 8th birthday photo