Prince George was pictured at nursery for the first time today, beginning at a Norfolk school. The Palace released some photos for the public to enjoy.

George, now two and a half, looks smart and raring to go in a navy quilted jacket and a light blue backpack. The images appear to show him arriving at the nursery, in front of its brightly painted front wall.

He is attending Westacre Montessori School nursery in Norfolk, not far from William and Catherine’s Norfolk home, Anmer Hall.

NO FLY ZONE OVER ANMER HALL TO PROTECT CAMBRIDGES PRIVACY

George looks at the camera in the first picture, his blonde curls messy. It appears to have been a smooth transition for the youngster, though probably not as easy for his parents, as most will tell you.  From what we know of George’s personality already, he has likely taken it in his stride, meeting new young children and playing with new friends. 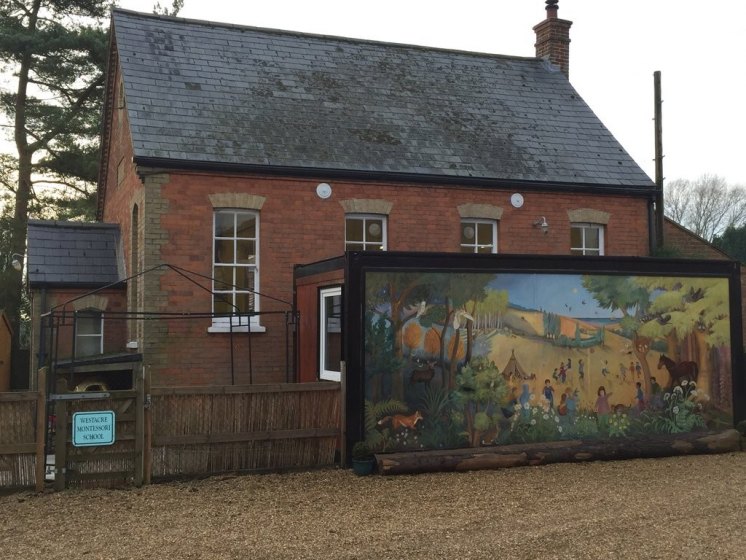 Westacre Montessori nursery school, where Prince George had his photo taken as he began his first day at nursery.

A second image was released by the Cambridge family, showing the brown-eyed toddler pointing at the painted wall.

Catherine, Duchess of Cambridge took the photos as she dropped her son off earlier today. A keen photographer, she also took the first two sets of official images of Princess Charlotte last year. It is thought William was with her.

Kensington Palace said of the day: “It all went well.”

The day went a little different to that of his father, Prince William, when he began nursery back in 1985. The world’s media was allowed to capture the moment he met the headmistress of the nursery, Jane Mynors, at her school in London. This moment was instead captured by Catherine – a private family moment.