At yesterday’s Rugby World Cup match between Wales and England, brothers William and Harry were at war, as they supported opposing sides. 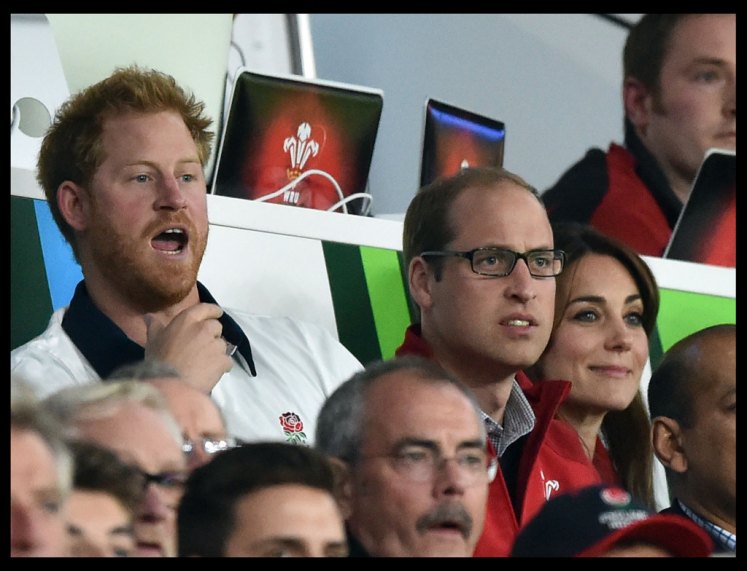 The Princes announced their rivalry just this week, Wiliam publicly when he welcomed the Welsh team to London, and the competitive side of the two was clearly on show last night. Catherine naturally joined her husband in supporting the Welsh team.

The Rugby World Cup began last week when England won against Fiji, and Harry, as honorary Patron of the World Cup, gave a rousing speech for the upcoming tournament. This week two home nations fought for a position in the next round.

The Duke of Cambridge was thrilled when Wales slipped into the lead, 25-28 at the end of the game, seeing his team victorious. Prince Harry, on the other hand, was clearly not.

Making it clear whose side they were on, the Duke and Prince wore their team’s shirt: white with the red rose for England and red with the white Prince of Wales feathers for Wales. The Duchess wore a red scarf to show her support.

Harry is known for his love of rugby, and his brother and sister-in-law are also huge sports fans. They clearly had an enjoyable evening, even if the score was not the desired outcome for one of the brothers…!