200 years of Victoria at Kensington Palace – a public life, the private woman

The 24th May 2019 marks 200 years since the birth of Queen Victoria, and to celebrate the anniversary, Historic Royal Palaces is mounting a major new exhibition to mark the historic event.

Princess Victoria was born, and spent her formative years, at Kensington Palace. HRP have undertaken painstaking research to deliver a stunning exhibition that re-imagines the suite of rooms Victoria and her mother occupied, alongside the loyal Lehzen and Victoria’s ever-present dog Dash.

Kensington Palace was where queen victoria was born and raised. © Victoria Howard 2014

The team at the Palace have done an impressive job of curating a number of original (and some never-before-seen) artefacts, These items are accompanied by an array of sights and sounds that bring the rooms to life: barking dogs, laughing children and music.

We get to view the actual rooms occupied by Victoria and her mother the Duchess of Kent – including the room where she was born, as well as a remarkable array of objects on display for the first time up-close, such as a scrapbook of mementoes created by Lehzen, her travelling bed – a new acquisition  – and royal outfits.

The permanent exhibition shows us how the young Victoria tried to escape the constraints of the “Kensington System” imposed on her by Conroy, her mother’s Comptroller, and her mother herself.

Such was the controlled nature of her life, Victoria immersed herself in a fantasy world of story writing, doll making and drawing, inspired by her love of opera, ballet and the theatre. 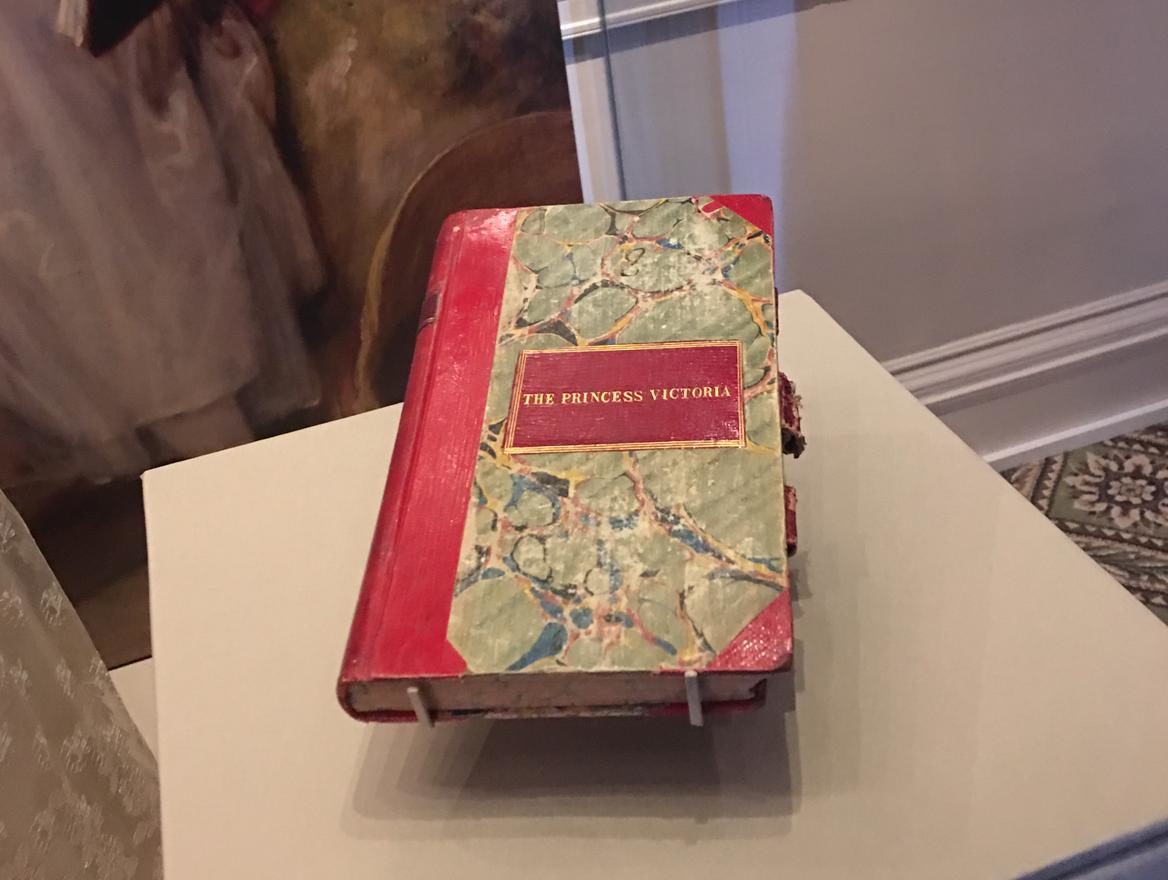 The permanent exhibition’s new route allows us to uncover history right where it happened and the historic spaces are brought to life with playful interpretation and interactive displays, which help visitors of all ages imagine the rooms where Victoria would have played, lived and learnt.

We start the exhibition with a glimpse of her ‘mourning shoes’ worn by her as a young toddler upon her father’s death. 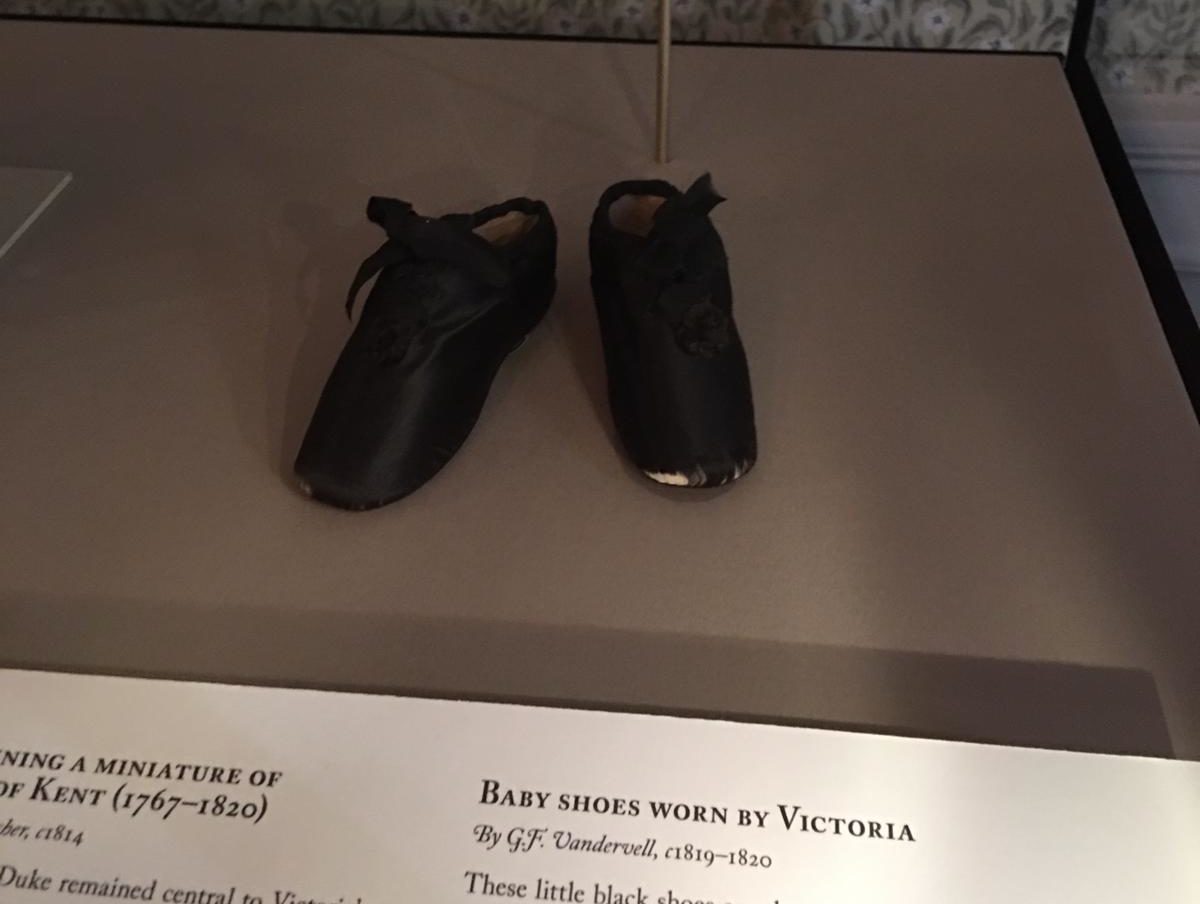 The carpets, wallpaper and curtains have been lovingly recreated inspired by Georgian archival patterns and have been digitally printed. The team at Historic Royal Palaces have designed authentic textiles using modern techniques and the result is magnificent.

A whole room has been dedicated to Victoria’s love of the arts, complete with a miniature opera of I Puritani, reputedly her favourite opera. The same room has a painting of the Bride of Lammermoor depicting a scene from the eponymous novel, another  of her favourites.

From there, we move on to the room where her 17th birthday ball took place complete, with contemporary music and twirling figures.

The bedroom where she was born had been converted from a dining room, and it contains a bed that we know she slept in! Next to it, is a baby’s cradle that has been at Kensington for 200 years. Its regency design suggests that it may have been slept in by Victoria, but we do not know for sure.

We then move to the room where Victoria’s very first Privy Council meeting was held as Queen, and we are invited to sit around the table as they would have done in her day. The table’s centrepiece is a model of the imposing meeting with the diminutive teenage Queen surrounded by ageing statesmen.

a miniature of the ministers’ table. jackie sedeno

The temporary exhibition, ‘Victoria: Woman and Crown’ is situated in the Piggott Gallery and looks at the private woman behind the public Monarch and different facets of her life.

The first item on display is a simple white petticoat that dates from the time of her wedding. The petticoat was purchased three years ago but the curators have been waiting for the 200th anniversary to display it at the exhibition.

The dress Prince Albert designed for his wife to wear at the Great Exhibition is also on display; the passage of time has faded it from a bright pink to cream.

this dress of victoria’s was designed by prince albert and was originally pink. jackie sedeno

Another new acquisition is a portrait of Albert from the time of the couple’s engagement. Touchingly, this is the Albert she fell in love with.

There are mourning dresses on display that have never before been seen in public, as well as some etchings that demonstrate Victoria’s great talent.

Lockets are also on display, containing a lock of each other’s hair taken from the time of their engagement. These were traditional tokens of love during the era.

There are artefacts that demonstrate Victoria’s abiding love for two distinct places close to her heart: Scotland and India. Each played an enduring part in her life. Her fascination with India demonstrated a deep cultural and intellectual interest. Scotland was her spiritual home embodied by Balmoral, built by the couple in 1848. 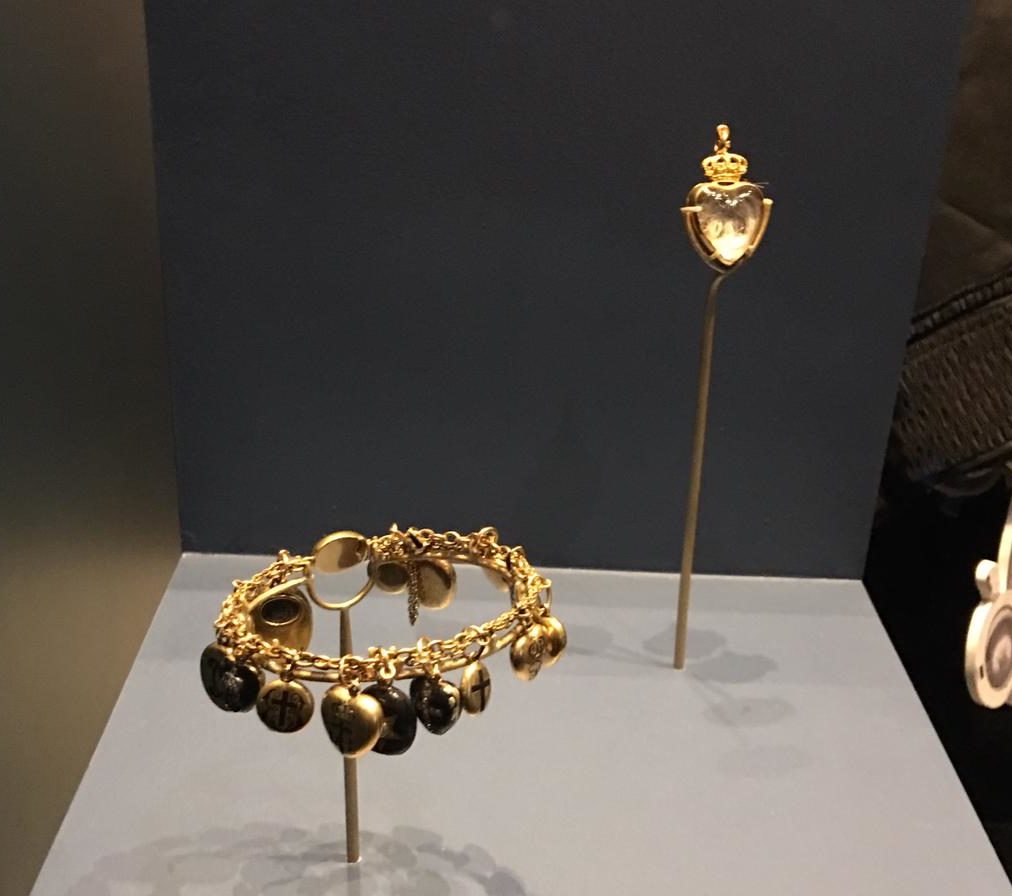 The exhibition ends with a celebration of the poignancy of her Jubilee in 1887, rather than the sadness of her death in 1901.

Above all, the exhibitions show us the  multi-faceted life of a woman, monarch, wife and mother who continues to fascinate to this day.

The exhibition opens to the public on Friday. Get tickets here.

The Tower of London’s ‘Queen’ raven is missing...

Watch carol services from the Chapels Royal at...

The hauntings of Windsor Castle…?