Latest posts
Ceremony of the Keys welcomes The Queen back to Scotland
Duke and Duchess of Cambridge mark Children’s Hospice Week 2022
Artist captures ‘relaxed and approachable’ William and Kate in first joint portrait
Kate in camo – Duchess of Cambridge marks Armed Forces Day
Prince George raises money for animal conservation charity with a cake sale
Prince William and Kate unveil Windrush Monument at Waterloo
Canterbury Cross for The Queen marking 70 years’ service to the Church of England
How Prince William has evolved from reserved young Royal to confident future King
Prince William at 40: the importance of tackling homelessness
Camilla in Vogue: royal life is ‘not easy’, spoiling her grandchildren & her love of Wordle

A panel of experts have re-examined the information regarding the death of Lord Darnely, husband of Mary Queen of Scots, and have concluded she wasn’t guilty of ordering his murder.

The inquiry, using modern technologies and all the evidence at its disposal, exonerates Mary, who has often been suspected of involvement. 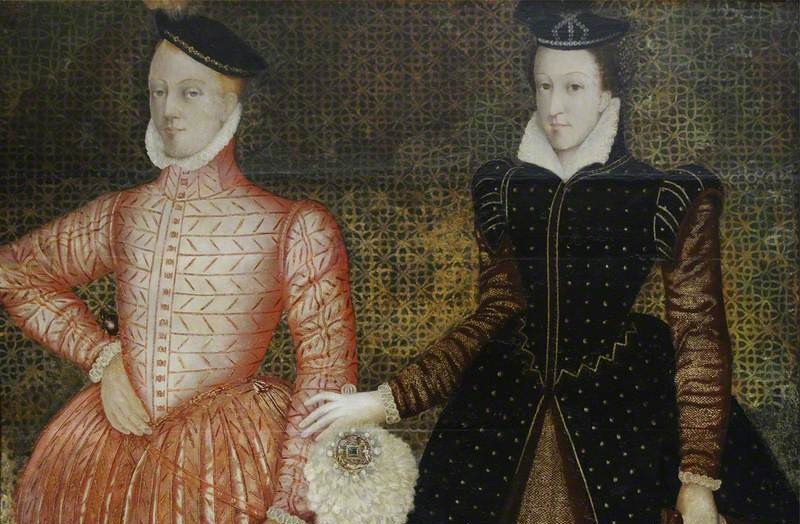 In 1567, Henry Stuart, Lord Darnley and his valet were found dead in an orchard in Kirk o’Field, Edinburgh, after a mysterious explosion at the house.

These explosions were later attributed to barrels of gunpowder under Darnley’s sleeping quarters. Darnley’s body was found outside, with a cloak, dagger, a chair and a coat. Henry was dressed only in his nightshirt, suggesting he had fled his bedchamber but the bodies showed no injuries that could have been caused by the explosion; the conclusion was they were strangled or suffocated afterwards.

A panel of the Royal Society of Edinburgh this week reconsidered the evidence, along with the use of modern technologies, and has concluded that Mary’s hands are clean.

Pathologists, explosives experts, scientists and historians met on Thursday night at Jedburgh town hall on the Scottish Borders to examine the centuries-old murder case. This included a detailed contemporary drawing of the site of Darnley’s death, showing the bodies, the buildings and the effects of the blast. 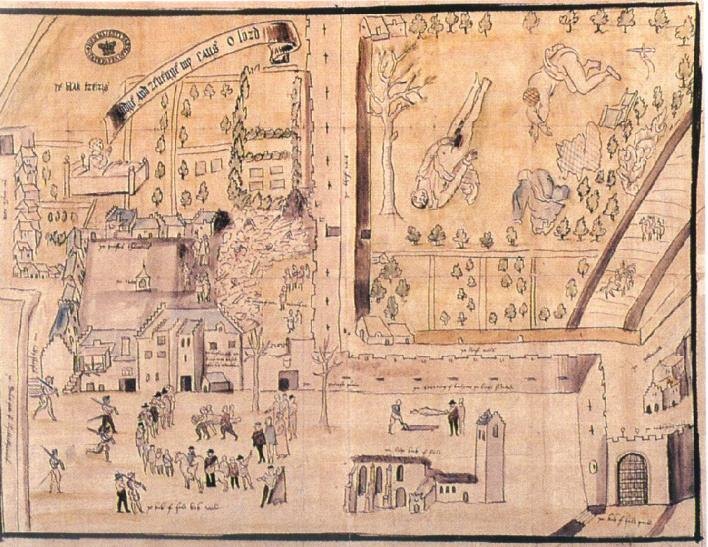 The drawing shows Darnley and his valet dead. (Public Domain)

Professor Sue Black, an anatomy and forensic anthropology expert who led the investigation, said: “When you look at the picture in the way it was intended, it just looks as if Darnley is lying there, his nightgown around his waist.

“But when you turn it round through 180 degrees, you get a different perspective of where the head lies in relation to the shoulders.”

Darnely’s nightshirt had ridden up his body, as the image shows.

“It does look as if the body has been dragged. It might be that he was murdered somewhere else and then pulled out there so his body could be found,” she said.

Dr Karly Kehoe, senior lecturer of history at Glasgow Caledonian University, said she accepted the view that Darnley had been killed by his kinsmen.

Kehoe said the most plausible account the murder had been put forward by Caroline Bingham, Darnley’s biographer: “On the night of his death, he was awoken by people outside his lodging, and feared for his life. Not pausing to dress, he and his servant attempted to flee, using sheets to descend from a window.

“When they arrived in the garden, they were surrounded and were either strangled or suffocated, and then removed to the orchard where the bodies were found,” she writes.

It is thought that his kinsmen were angered at Henry’s actions: he killed his wife’s secretary, David Rizzio, in a fit of rage and jealousy in 1566. Rizzio was close to his mistress, and was even rumoured to be the father of Mary’s unborn child – Darnley had stabbed him 56 times.

In November 1566, the Queen stayed at Craigmillar Castle to recuperate following an illness shortly after giving birth. It has been thought for centuries that here, the ‘Craigmillar Bond’ was made, to dispose of her husband, Henry, though now it seems Mary had no knowledge of such a pact.

Despite Mary’s exoneration, 428 years after her death, the perpetrators still remain unknown. John Dunn, the procurator fiscal, said: “The jury remains out.”

Mary did not escape justice however; suspicion fell upon the Earl of Bothwell, who had his eyes on the throne, and was also close to Mary. The two were put on trial in England; Bothwell was found not guilty, and Mary’s trial was drawn out with no definitive finding.

Elizabeth I’s cousin was kept under house arrest for years, until she was implicated in the Babington plot against the English Queen. Letters sent by Mary in captivity showed that she had knowledge of a scheme against Elizabeth, for which she was convicted of treason and executed.