Read our latest posts
Prince William pays tribute to Croydon police officer killed in the line of duty
Earl of Wessex visits projects supporting the homeless across Oxford
Duchess of Cornwall makes first visit to 5 Rifles as their Colonel-in-Chief
Earl and Countess of Wessex celebrate International Nurses Day
Tell me about… the Imperial State Crown
The Queen cuts a lonely figure at scaled back State Opening of Parliament
Prince William jokes Duchess ‘does all the gardening’ seeing mental health projects in Rhyl
Duchess of Cambridge promises to wear pink dress when she meets Hold Still subject, Mila
The Earl of Wessex visits school opened by late Duke of Edinburgh
Help the Tower of London name the baby raven
Home HistoryHistory postsThe Victorians Victoria’s Secret? Queen Victoria’s underwear to go on sale
The Victorians

Queen Victoria’s dirty laundry is to be laid bare next week – when a pair of her undergarments will be sold at auction. 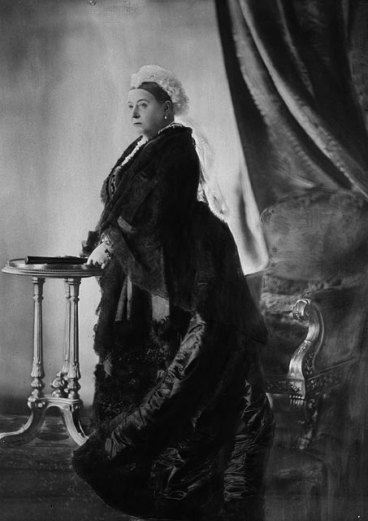 The underwear will be sold alongside nightdresses, stockings and hats worn by Victoria and her daughter, Princess Alice, which are currently being held at the Yesterday’s World museum in Sussex.

With a 45-inch waistline, it means the longest-serving British Monarch wore them in the latter years of her life.

The items, which are in excellent condition, despite being over a century old, bear the stamp ‘VR’ for ‘Victoria Regina’. They have been preserved in tissue paper in a temperature controlled storeroom.

Richard Edmonds, the principal auctioneer at Chippenham Auction Rooms in Wiltshire, said: “This is a particularly eclectic sale with a strong Royal theme. Victorian Royal clothing comes up for sale occasionally but rarely in this excellent condition.

“Items of Queen Victoria’s clothing were often given to members of the Royal Household, particularly after her death in 1901.

The items may not go to a British buyer, however, says Mr Edmonds.

“There’s a lot more interest from abroad in this type of Royal clothing than from UK collectors. The market in America and Russia is very strong so we could see lots of buying online or over the phone, or possibly in person at the auction rooms.”

Last year, another pair of Victoria’s bloomers sold for £6,200, and this pair are set to go for thousands of pounds too.

“We’ve been able to date the pants by measuring the waistband,” Edmonds said.

“As there’s such a good photographic record of Queen Victoria, it’s possible to calculate her waist measurement over time, so we know roughly when she would have worn items of this size.”

Replicas of the Crown Jewels are also amongst the collection, along with Royal memorabilia from Victoria’s reign, up until the death of Diana, Princess of Wales, in 1997. The items will be sold on 11th July.

200 years of Victoria at Kensington Palace –...

Queen Victoria’s mausoleum at Frogmore to reopen for...

#OTD in 1152, Henry II and Eleanor of Aquitaine were married at Poitiers Cathedral, France.⁠
At Wembley Stadium tonight, The Duke of Cambridge presented winners of the FA Cup @lcfc with their trophy after winning against Chelsea. ⁠
#OTD in 1567, Mary, Queen of Scots, married the Earl of Bothwell in Edinburgh.⁠
NEW on the store! #GoneWithTheWindsors⁠
The Earl of Wessex visited projects in Oxford on Thursday, to see how organisations are providing support for people who are homeless in the city.⁠⁠
#ICYMI: The Duke of Cambridge paid his respects to @metpolice_uk Sergeant Matt Ratana who was tragically shot and killed whilst on duty last year.⁠