When you think of The Queen, many things come to mind: corgis, tiaras, castles – and horse racing!

The Queen has had an interest in horses since she was very young, and this hobby is something she has developed over the past 68 years. It is one of her favourite pastimes and she thoroughly enjoys the breeding, and racing of her thoroughbred horses.

But The Queen is not the first and certainly is not the last member of the Royal Family to have an Interest in racing.

Practically all Monarchs have had a love of horses, but it was only in the 1500s that they started to use them for fun, sport and status, rather than war. The first ever horse race meetings were held in the 1510s, while Henry VIII was on the throne.

Henry passed many laws in relation to the breeding of horses during his time on the throne, some 38 years; the King had a stable at Greenwich, where his horses were trained and their stamina a speed honed. He also imported horses from overseas.

The birth of royal racing

Horse racing fell out of fashion in the 16th century, but saw a surge again in the 17th century. In 1605, James I discovered Newmarket while out hawking. He began to race his horses there and spent so much time at Newmarket that the government had to petition for the King to return to London and run the country! Newmarket is known to this day as the original home of horse racing.

In 1654, following the Civil War, Oliver Cromwell banned the sport. He felt it was not a “useful” sport, unlike archery and combat, and he also needed horses for his army – mainly in Ireland – to keep Catholics and Royalists in check.

With Cromwell’s death, Charles II was restored to the throne and in 1664, he brought back horse racing when he commissioned the Newmarket Town Plate.

Charles II wrote the rules for the race himself. Those rules included:

Under Charles II, horse racing became a more serious sport than ever before. During his time on the throne, what we know today as a thoroughbred came about. There were also more ‘King’s Plates’, money and prizes to be won than ever before and breeders and owners therefore started to take more interest in their horses and their breeding.

All thoroughbreds today are descend from three horses imported to England during The 1700s. Byerley Turk, Darley Arabian (below) and Godolphin Barb were three Arabian stallions horses, named after their owners Thomas Darley, Lord Godolphin, and Captain Robert Byerly. They were known for their long necks, large frames and high tails and were mated with British mares. The result of the mating was a breed of horse that was perfect over a medium distance at a fast pace – this balance made them the perfect animals for racing.

Charles II’s niece Anne would become Queen in 1702. Anne would take horse racing to a whole new level than any Monarch before her.

Queen Anne owned a large number of horses and attended race meetings throughout England with them. In 1711 she would found Royal Ascot, the most famous connection between the Royal Family and horse racing.

Anne had been out riding in a carriage near Windsor Castle one day, when she came across a clearing which she thought was large and flat enough for horse racing. The first race – ‘Her Majesty’s Plate’ – was run on August 11th of that same year, having been issued by the Queen. Seven horses competed in three heats over a distance of four miles; the total prize pool for the day was 100 Guineas (£105, or more than £11,000). 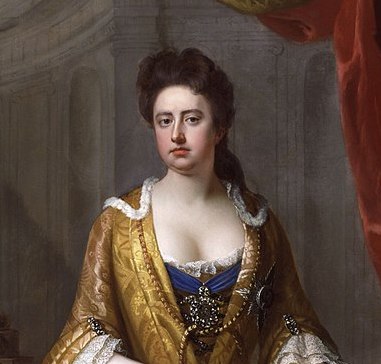 In 1813, British Parliament issued an Act which would preserve Ascot racecourse for public use, with grandstands and viewing areas for everyone – not just the elite or upper classes.

However, it was just under 100 years later that Royal Ascot would itself come into being. In 1911, George V declared the new race meeting, although the royal procession had been taking place since 1825!

The difference between normal racing at Ascot and Royal Ascot is simply the fact that the Monarch and members of the Royal Family spend a week attending all five days of the races.

Royal Ascot is, today, famous throughout the world – and it has probably one of the strictest enclosures in the world: The Royal Enclosure.

Rules for the Royal Enclosure at Royal Ascot

The Royal Enclosure is invitation only and was established in 1807 for guests of George III. Originally divorcees were not allowed in the enclosure but that has changed – since members of the Royal Family themselves have divorced!

Women must wear sleeves or an outfit with straps of one inch or more. Strapless, off the shoulder, halter neck and spaghetti straps are not permitted, but jackets and pashminas may be worn over such items. Jumpsuits or trouser suits are allowed.

Men must be in traditional morning dress, complete with a black or grey top hat, which cannot be customised or decorated in any way. Men may remove their hats when in a restaurant, a private box, a private club or a facility’s terrace, balcony or garden or in any enclosed seating area on the premises. Current military personnel are allowed wear service dress, while overseas guests can wear the formal national dress from their country.

All The Queen’s horses…

The Queen is one of the most successful horse race owners in the history of the Royal Family. According to myracing.com, between the years 1988 and 2017, Her Majesty’s horses ran in 2,830 races and won 451 of those, meaning those thoroughbreds win about 16% of the time. With those wins she has earned more than £6.7 million and became the 11th most successful owner of horses racing on the flats.

The Queen, who reads the Racing Post every morning, visits her breeding grounds at Sandringham once a year to oversee her thoroughbreds. She has also made horse racing something to be associated with the modern Royal Family, with the Epsom Derby and Royal Ascot yearly engagements in the royal calendar.

The Queen certainly will not be the last monarch or Royal Family member to be interested in horses. Prince Charles owns thoroughbreds of his own, and Anne has thoroughbreds currently in training with Sir AP McCoy.

Her daughter Zara, and husband Mike are also interested in horse racing: Mike bought a horse, Monbeg Dude, at a charity auction in 2013. Monbeg Dude went on to win the Welsh National, have two notable Cheltenham successes and came third in the Grand National two years later. The horse was retired to Princess Anne’s Gatcombe estate in 2018.

Mrs Tindall is now the course director at Cheltenham.

Horse Racing and the British Royal Family is a relationship which will continue for many years to come.

See this fantastic video below of The Queen running to see the end of the race, and wins £16!