Catherine visits the Natural History Museum & reveals she is a beekeeper

Last week, The Duchess of Cambridge visited the Natural History Museum to meet young children and learn about the Urban Nature Project.

The Duchess of Cambridge was a the museum to hear about the museum’s Urban Nature Project and how it will benefit communities across the UK. The project aims to help people rediscover nature and provide solutions to save species in wildlife. It will also produce practical tools for supporting the wildlife that live around us. 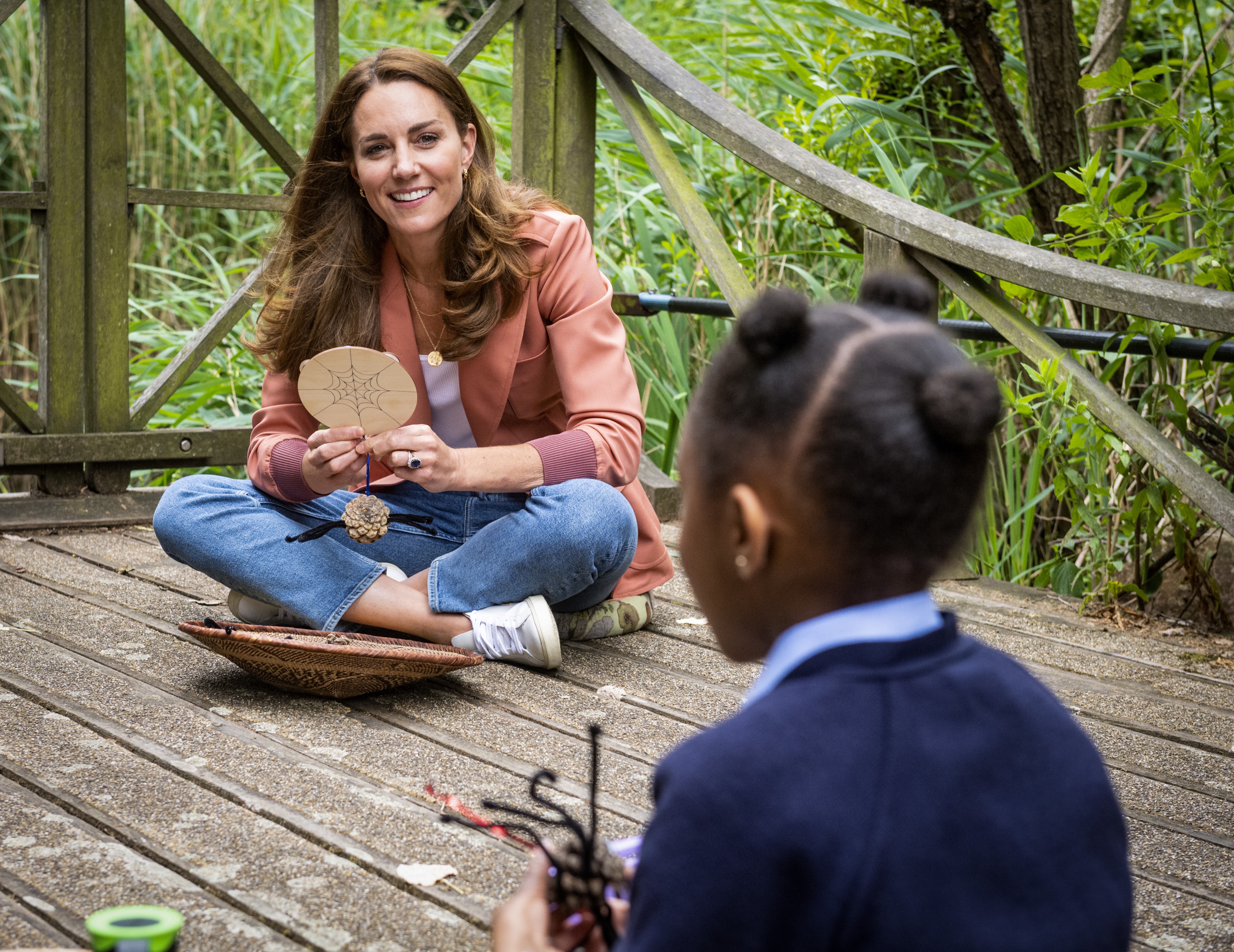 The Duchess, dressed casually in jeans, heard more about the plans to transform the Natural History Museum gardens into a top research centre. This includes creating outdoor classrooms as well as a living lab, to deliver science and learning programmes for young people, schools and families across the country.

During the visit to the Museum’s Wildlife Garden, Catherine was joined local schoolchildren taking part in nature activities, including spider-making and an interactive story-telling exercise. As Kate was taking part in the arts and crafts, she was  noticeably in her element.

During the visit, the Duchess asked the children if they knew where bees got their nectar from, before producing a pot of honey made by her own bees at Anmer Hall, her Norfolk home near Sandringham.

“Would you like to try some? I’ve got one spoon each. This came specially from my beehive.”

Anmer Hall, the country home of The Duke and Duchess of Cambridge.( I-images)

Catherine asked the children if they knew how many species of bees there were in this country. Clearly very knowledgeable on the topic, she told them: “It’s 350, isn’t that amazing?’

She continued: “Every time you see a bee; say thank you so much because they make delicious honey.”

The Duchess of Cambridge took the honey as a gift because the importance of bees linked to the museum’s project about biodiversity.

Designed to inspire the next generation to care for nature, the project forms part of @NHM_London‘s work to transform their Wildlife Garden into an urban biodiversity hub. pic.twitter.com/uHuVyQoJTW

Before leaving the Natural History Museum, The Duchess of Cambridge fixed an acoustic monitoring device to a cherry tree, which will record ambient sound to help scientists investigate patterns of bird, mammal and insect activity within the garden.

The museum’s Executive Director Clare Matterson showed Catherine specimens and talked her through the Urban Nature Project. Ms Matterson said of the Duchess after her visit: “The fantastic thing is that she is so interested in nature and learning and children and that’s what this project is all about. She’s so engaged, there was lots of nice synergy.

“She was so curious, wanting to know about the science and research we had done, which fits in with her own research-based work on the early years. She was really interested in the idea of how we engage people in the first place, how you get people inspired and interested.”

The Royal Foundation Centre for Early Childhood seeks to ‘help to make change through fresh research to identify opportunities, collaborations to scale solutions and creative campaigns to bring this issue to life’.

The centre brings together leading sector research in one place and underlines the critical lifelong impact of the early years on individuals, our economy and society at large.