Duchess of Cambridge thanks RAF personnel for Afghan evacuation

The Duchess of Cambridge paid a visit to RAF Brize Norton today to thank some of the personnel involved in helping thousands of people flee Afghanistan.

Catherine made her first appearance since taking a summer break with her family from royal engagements by visiting the air base which welcomed evacuees last month. 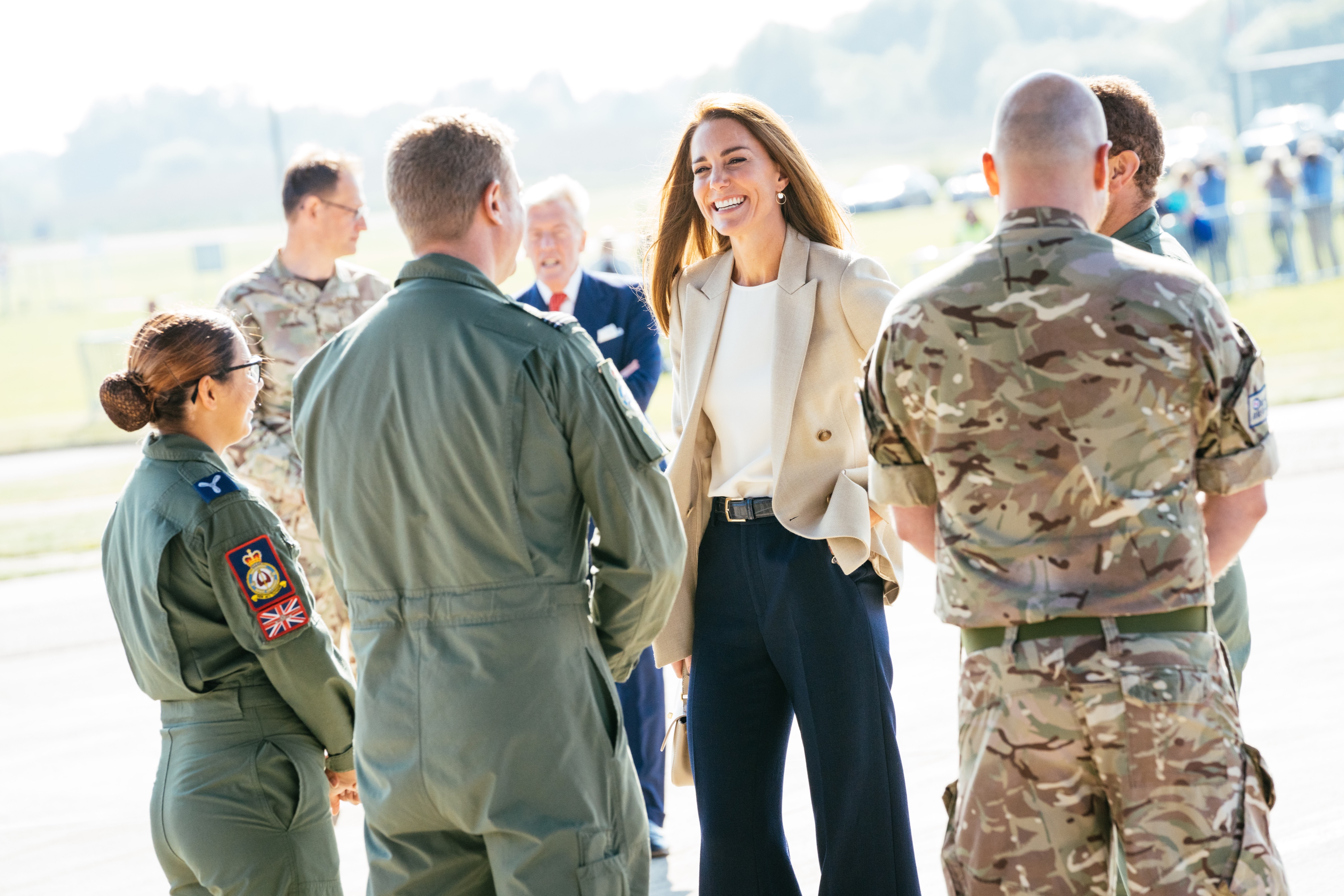 The Duchess met both military and civilian personnel during her visit, to hear about what they accomplished during Operation Pitting.

Speaking to those present during the visit, Catherine said: “Well done, I hope you get some time to relax, you should feel really proud of what you achieved.”

Operation Pitting saw more than 15,000 people – including about 2,200 children – airlifted from Afghanistan. In total more than 850 people arrived at the RAF base in Oxfordshire last month. 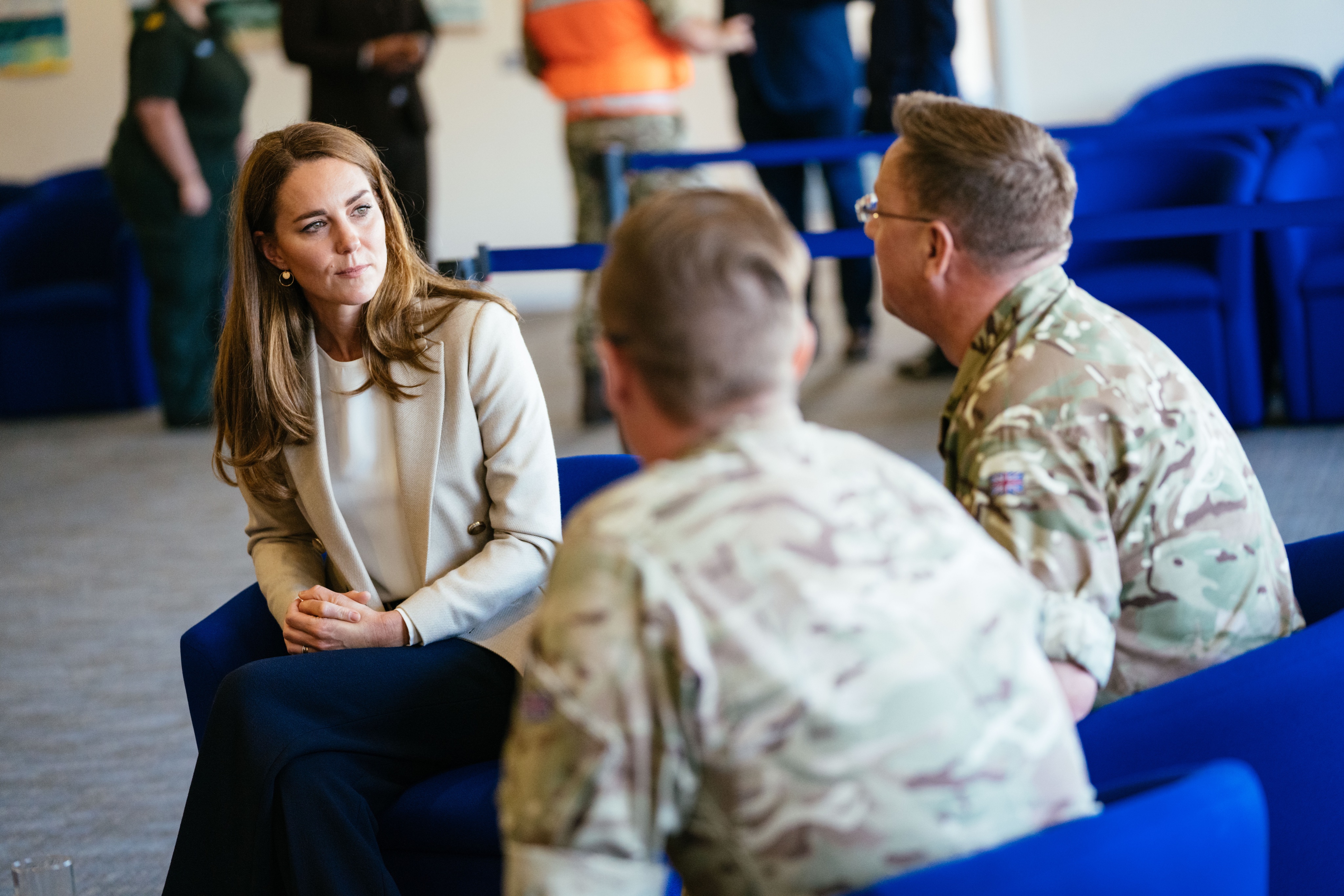 Military personnel told the mother of three their experiences in going to Afghanistan and helping transport those in need to the UK. (@Kensington Royal/Twitter)

The Duchess of Cambridge meets personnel involved in the UK’s evacuation of civilians from Afghanistan, at RAF Brize Norton

Arriving by helicopter 80 miles north of the base, Kate was driven to the hangar where she spoke to thpse who established a repatriation centre at the RAF base. The Duchess of Cambridge heard how RAF personnel worked with the Royal Navy, the Army, local authorities and aid organisations in both Afghanistan and the UK during the operation.

The Royal could be seen taking great interest in the stories she was told about the experiences from the military staff. She asked: “Did you know what the plan was, because you must have been asked loads of questions, or like what’s happening next, and it must have been really hard for you not to answer them.”

Evacuees were given food, clothing, children’s toys, medical support, and childcare and sanitary products whilst their details were processed upon arrival in the UK. 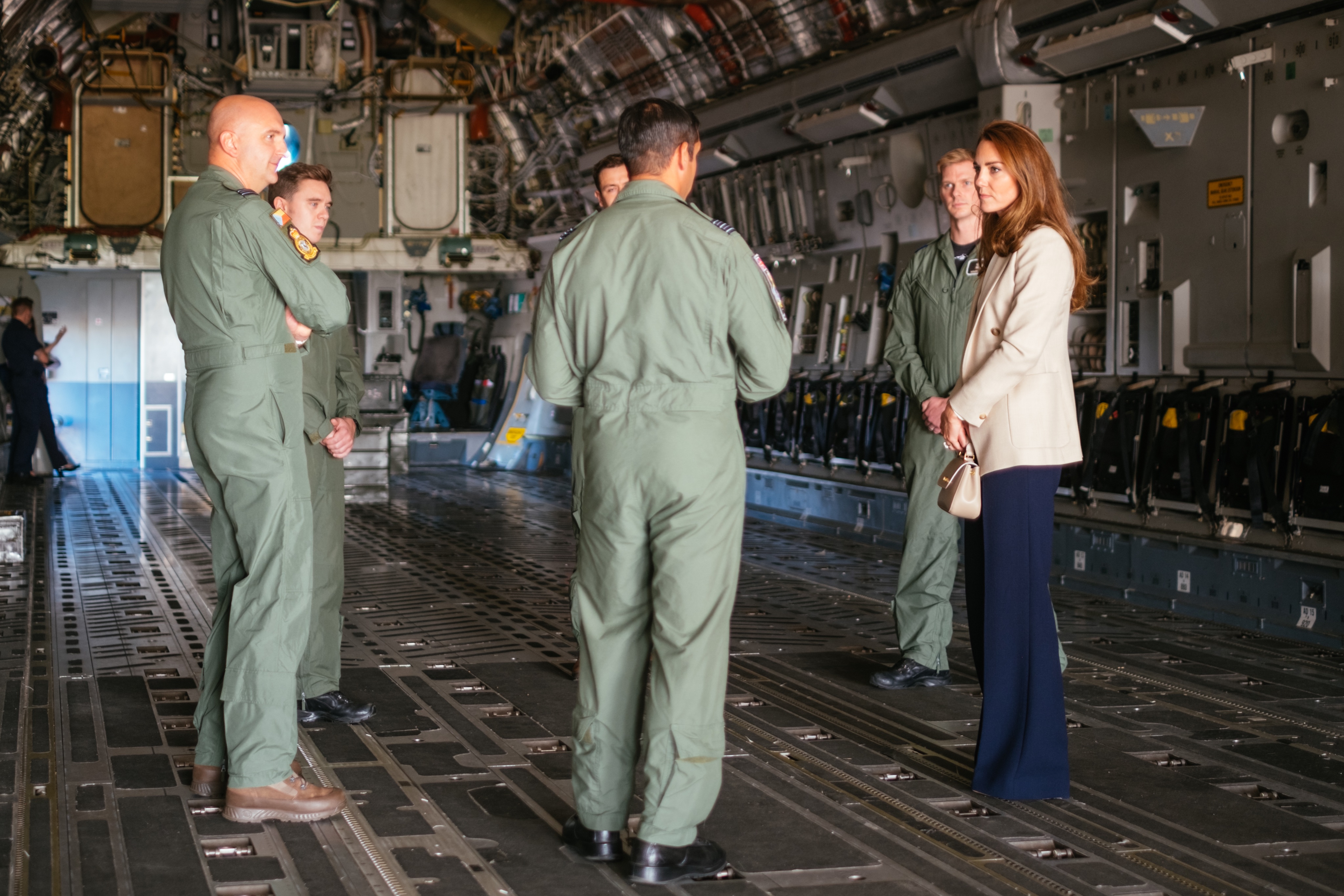 Catherine heard from those who supported the refugee crisis. (@KensingtonRoyal/Twitter)

HRH was then shown one of the aircraft used in the evacuation of Afghanistan, where she met members of the flight crew. The Duchess asked them about the flying conditions and whether they had done anything similar to what they were doing during the operation.

Of course, her husband, William, is also a trained pilot and served early in their marriage in the Falklands.

Speaking to PEOPLE, Loadmaster Sergeant Mark Curtis, who was in charge of the evacuees on the plane, said: “To meet the Duchess and for her to be so interested in and engaged with our stories was brilliant.

“We’re serving our Queen, our country, the Royal Family. And obviously to have that level of the ‘boss’ coming along and patting you on your back for the hard work was amazing.” 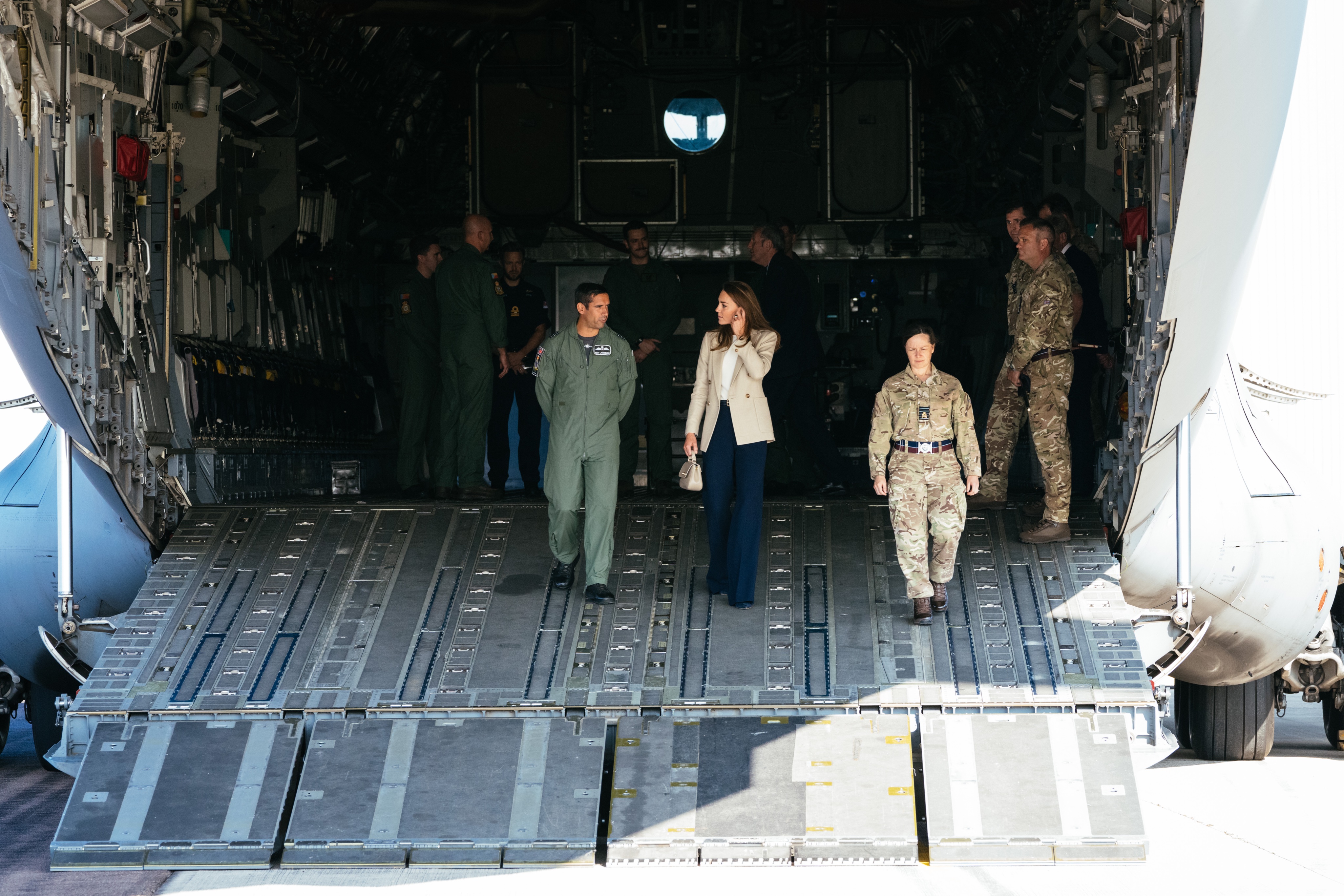 The Duchess of Cambridge toured one of the aircraft used to transport the refugees from Afghanistan. (@KensingtonRoyal/Twitter)

Wing Commander Bailey also commented: “They were just so important. And so for us there’s a lot of necessary catharsis. We need to share our stories and we need to get them out. And that’s what the media allows us to kind of do — because it means, for them, their parents will see them on the news tonight and hear their stories. It was priceless.”

He added: “You can tell her, you can have a joke with her and there’s stuff there that will always be between them. She was having a very personal discussion with them. Some of that would never leave that crowd.”

It was reported in the Daily Telegraph recently, that Prince William intervened in helping to ensure an Afghan army officer and his family were able to leave Kabul following the Taliban takeover. It is thought William knew the officer after training alongside him at Sandhurst Military Academy in 2006.

PrevPrevious articleSophie takes part in the annual Countess of Wessex cup
Next articleDuchess of Cambridge in Cumbria: Air Cadets catch up & learning from Holocaust escapeesNext