The Duke and Duchess of Cambridge concluded their royal visit to Scotland by carrying out a number of engagements on Thursday. It saw them head to a local gardening community project, as well as take up tennis rackets against one another.

The couple first paid a visit to Starbank community park, as they promoted the charity Fields In Trust, originally supported by Prince Philip.

The couple spent time with children from Edzell Nursery and joined in as the group sowed seeds for bee-friendly, and butterfly attracting, plants. 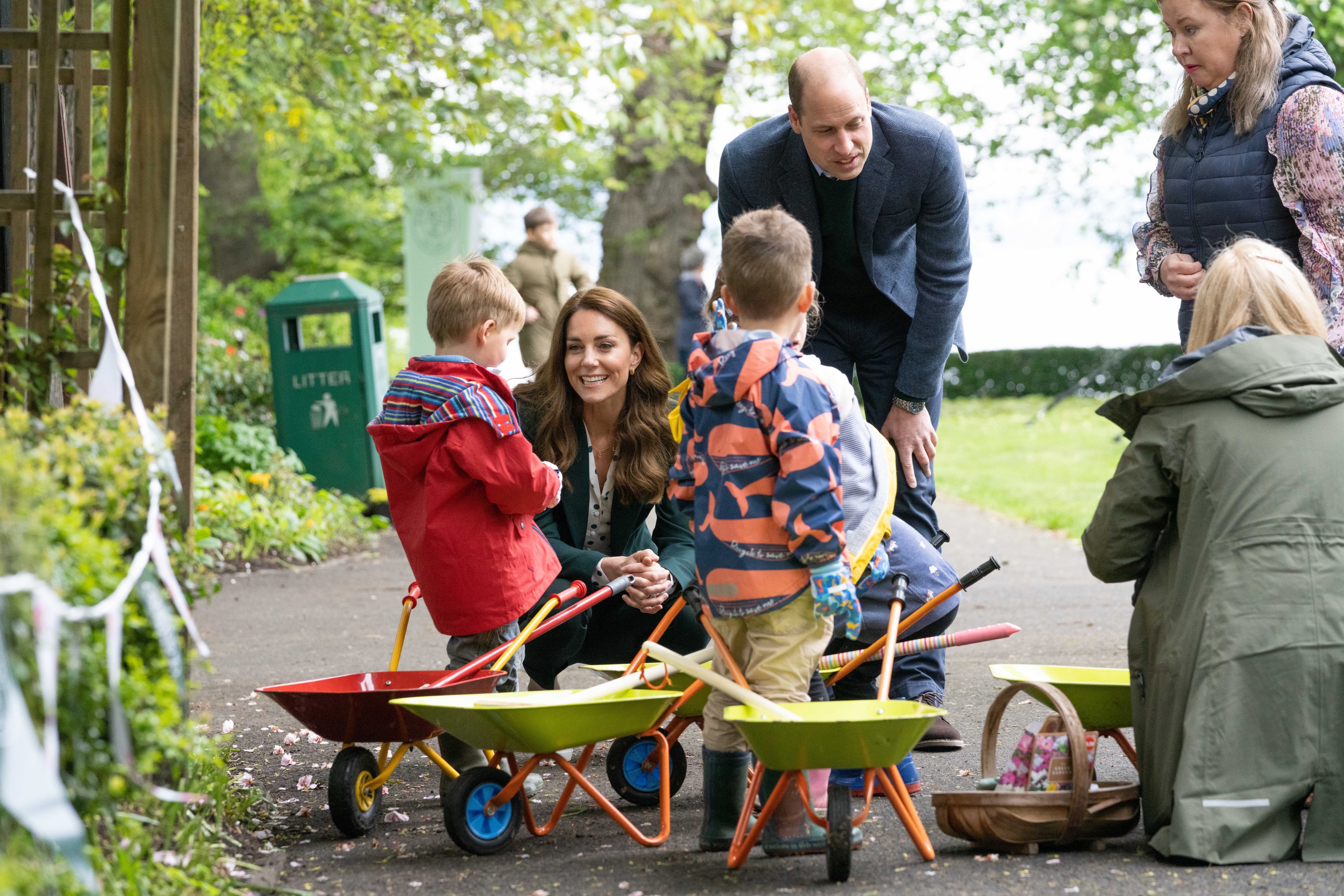 The Duke and Duchess of Cambridge took part in outdoor activities with children from Edzell Nursery. (@Kensington Royal/Twitter)

The Duke and Duchess of Cambridge learned how Fields In Trust is protecting green spaces in Edinburgh and joined Duke of Edinburgh Award scheme participants in planting an apple tree each, and two sunflowers.

The Duchess of Cambridge also left a copy of her ‘Hold Still’ book in the park’s lending library. The book featured images of how Britain coped during lockdown in 2020. 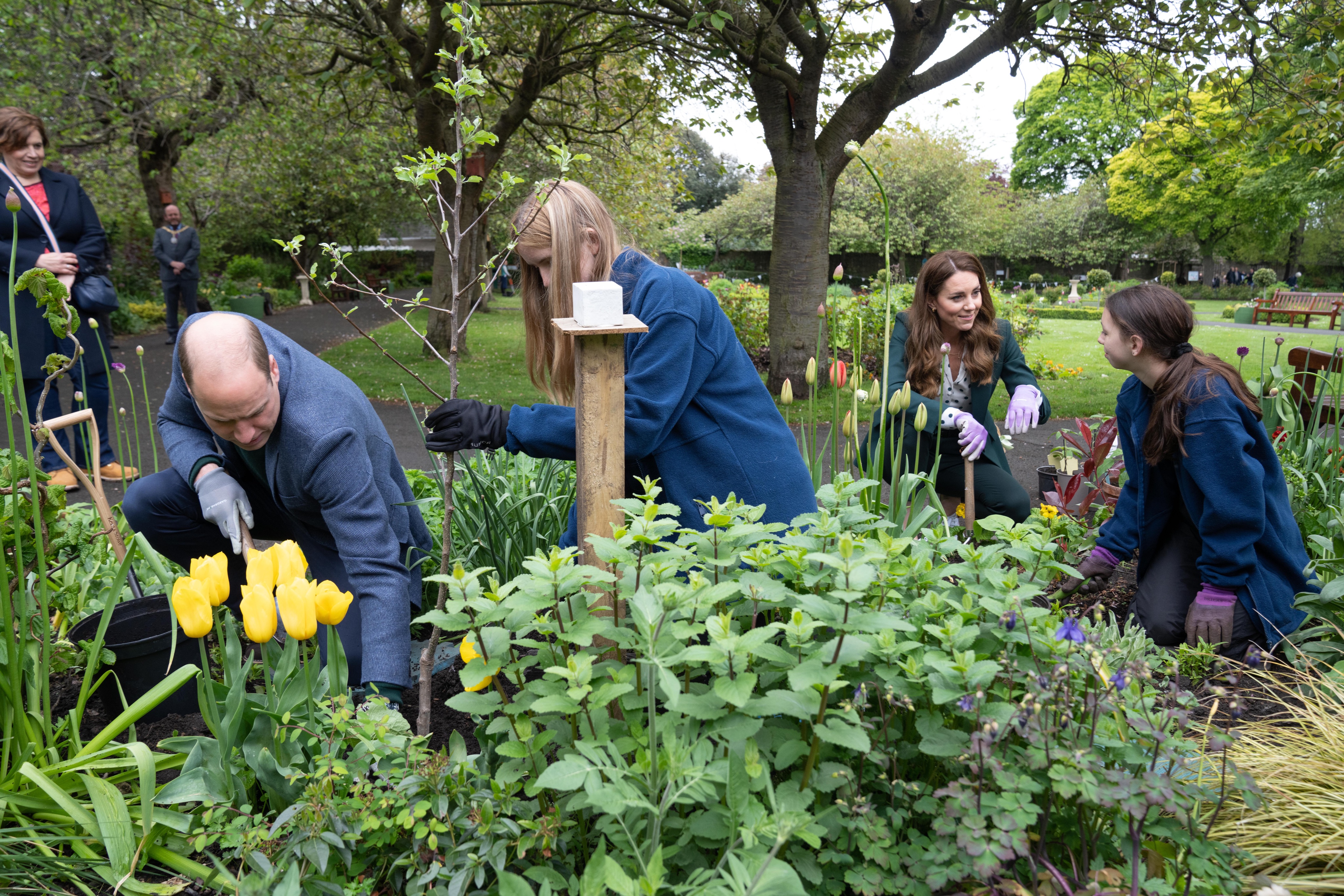 The royal couple took to planting after William had previously admitted Catherine was better at gardening in a recent engagement. (IMAGE: Kensington Royal/Twitter).

Jo Harding, a Edzell Nursery practitioner said: “She [Catherine] was spontaneous and relaxed. Perhaps because she has her own children, you can see she is keen on children. William was also great with them. They have an openness about them that makes them feel friendly. The children were proudly showing them how to scatter the seeds around.”

Helen Griffiths, CEO of Fields in Trust, said the couple ‘saw a lot of things they are passionate about like the environment and work for the early years around the park, They are genuinely committed and engaged with the work we are doing.’

In the afternoon, Prince William and Catherine visited Craiglockhart Tennis and Sports Centre, where the couple joined local schoolchildren for a session with the Lawn Tennis Association’s Youth programme, which aims to make the sport as accessible as possible to children around the UK.

Catherine, who is an avid sports player, is patron of the Lawn Tennis Association and regularly attends Wimbledon. 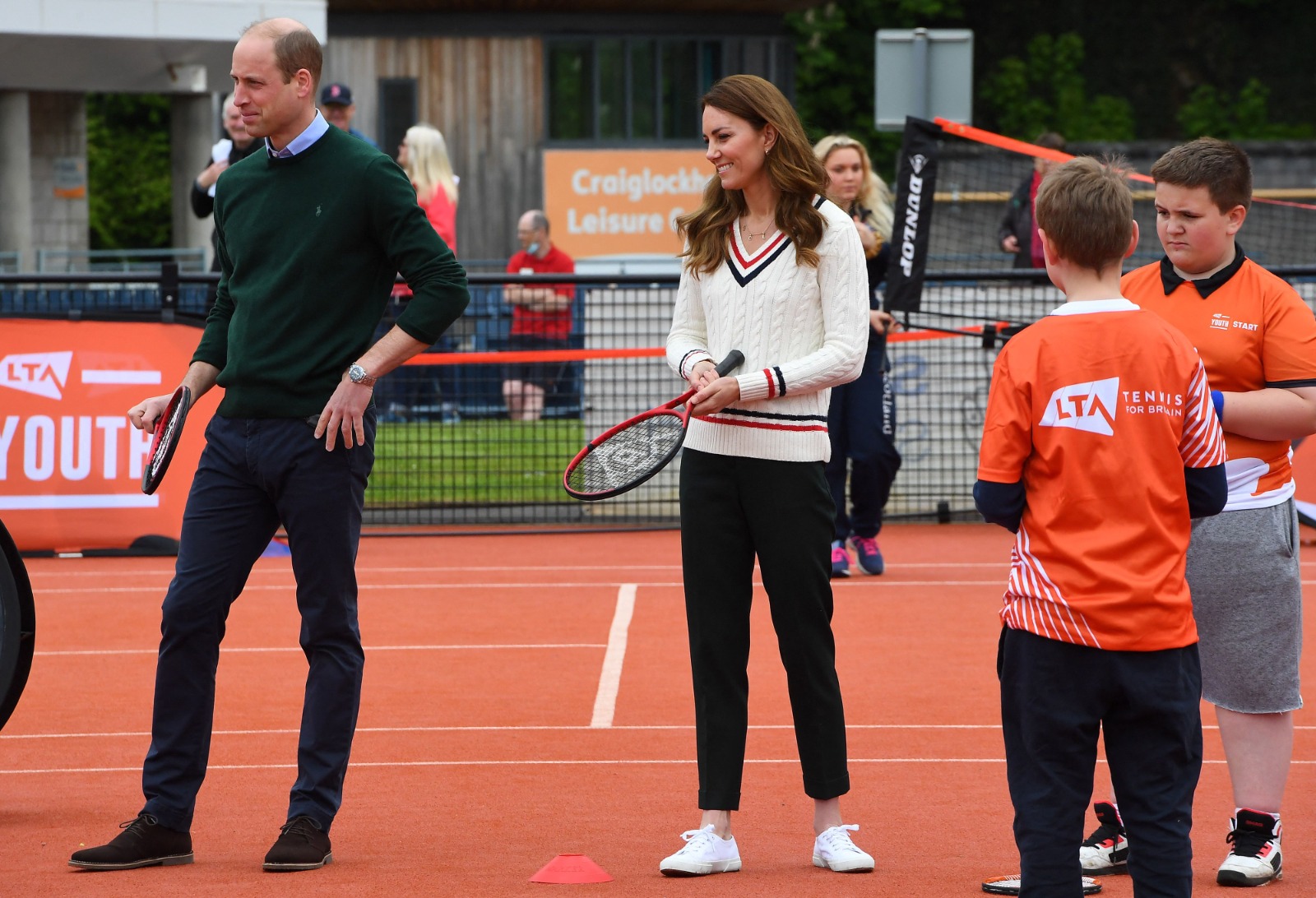 The couple who are known for their competitive spirit took to the tennis courts in on their final day in Scotland.(@KensingtonRoyal/Twitter)

The couple picked up some rackets and took part in some drills and games with the children. They also had a little game, with some youngsters – Team Duke vs Team Duchess. Team Duke was the clear winner, providing another example of the couple’s competitive spirit.

The royals heard how the programme was created to develop the key character qualities such as perseverance, resilience and respect which will complement the PSHE curriculum. 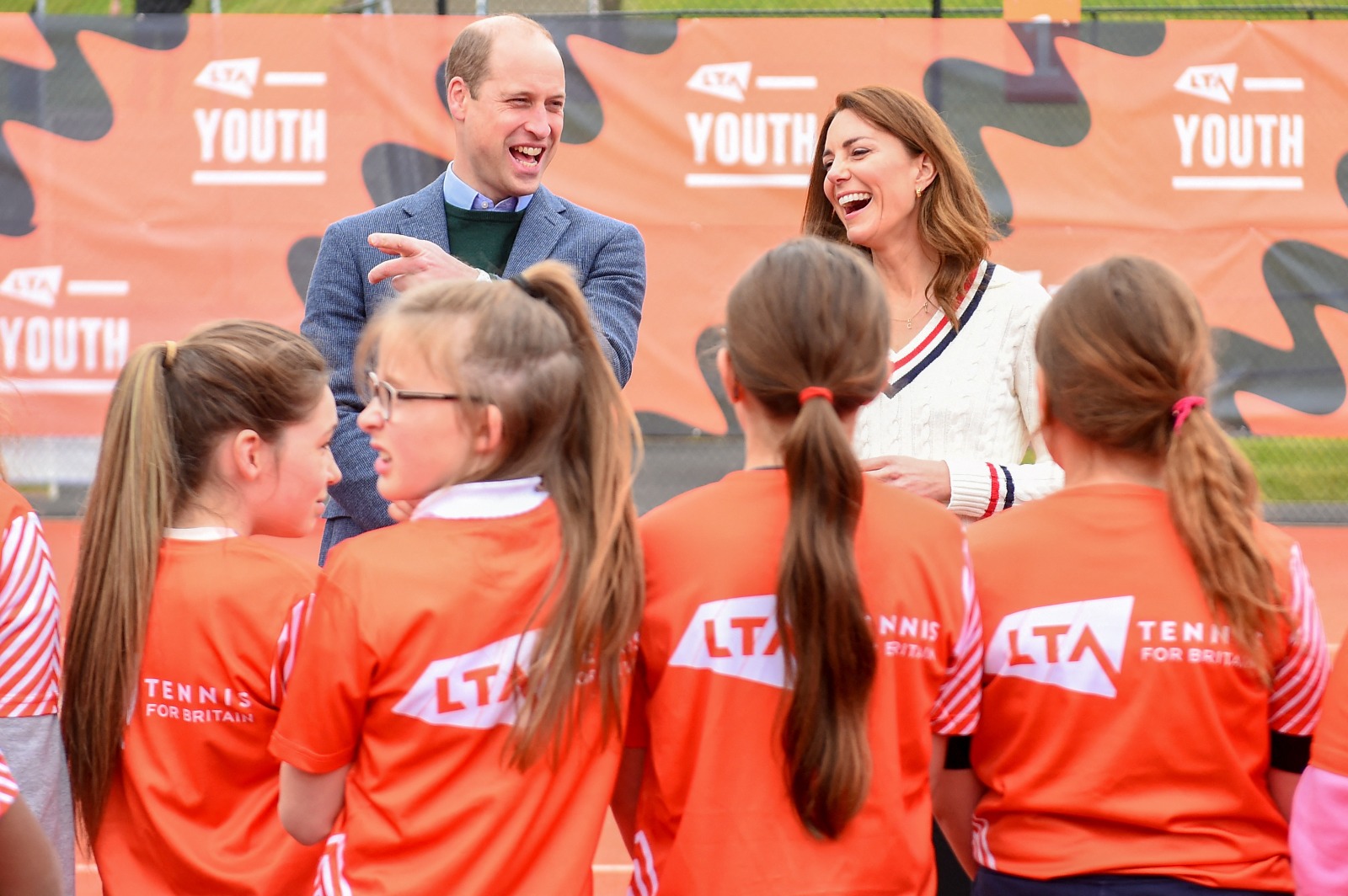 Speaking about the LTA Youth programme, the Duchess said: “The thing is with children is to give them confidence. You don’t need a fantastic tennis court and greatest kit. It’s about making tennis accessible to all kids.”

Speaking about the royal visit, Scott Lloyd (LTA’s Chief Executive) said: “It was great to be able to show Their Royal Highnesses our new junior tennis programme first hand. LTA Youth is designed to be fun, inclusive and competitive and help children enjoy tennis whatever their age.”

Thanks to the @the_LTA’s youth programme, tennis around the UK is being made accessible to as many children as possible – whatever their age, gender, ability, disability, or background. pic.twitter.com/kapONGTUv2