The Queen has given her permission for the ‘Welsh crown jewels’ to return to Wales. 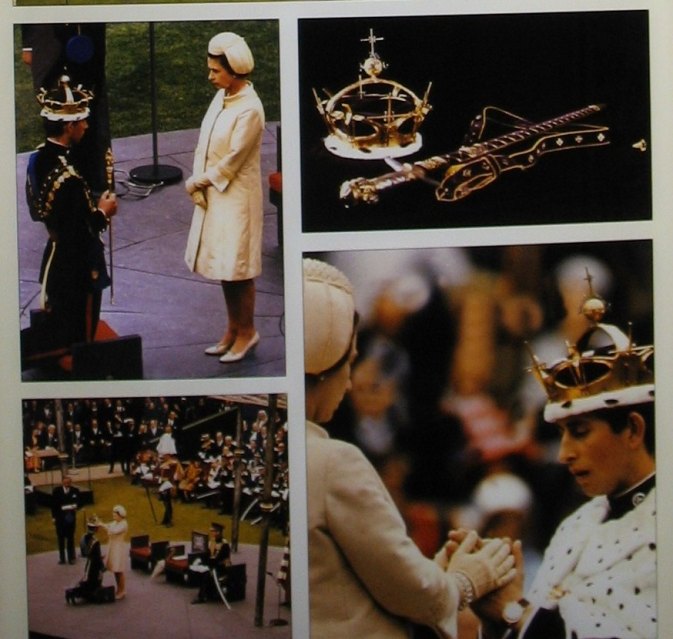 The coronet, ring, sword, robe, and rod were all worn by Prince Charles as he was invested as The Prince of Wales in 1969, at the age of 21 at Caenarfon Castle. They are known as the Welsh crown jewels for this reason.

Formally known as the Honours of the Principality, the set has been kept at St James’s Palace until now, as Her Majesty has agreed for the collection to go on display in Wales. The set will be displayed at a new heritage centre in Llandovery, Carmarthenshire in the west of Wales.

Chief executive of Prime Cymru, David Pugh, the Prince’s Initiative for Mature Enterprise in Wales, said: “They are the Welsh crown jewels and it would be the only place outside London where these sorts of things are on display.”

The crown jewels Her Majesty wore to her Coronation in 1952 are kept at The Tower of London.

“It would be for the whole of west Wales to have something of this significance in this part of the country.” he continued.

“We have had the agreement of The Queen that, subject to us securing Heritage Lottery Funding [to build a new heritage centre], they will be on a long-term loan to Llandovery and will form the central part of the museum.”

Prince Charles actually studied in Aberystwyth in 1969 for a term, where he studied Welsh and the history of the Principality. He completed his course just a week before he was invested as The Prince of Wales, in a ceremony harking back centuries.

“The regalia will be there along with the Edward VIII’s investiture regalia. This was the Prince of Wales’s idea to help with the regeneration of Llandovery.”

The announcement that the jewels would be allowed to return to Wales came, coincidentally, as Welsh Conservatives called for the set to return.

Suzy Davies AM, the shadow heritage minister, said: “This is fantastic news for Wales, and for Llandovery in particular. The Prince of Wales has always been passionate about Wales, studying in Aberystwyth and visiting hundreds and hundreds of times over the years.

“His investiture at Caernarfon in 1969 was one of the most watched events in history and the regalia used during that ceremony will be of great interest to people from Wales and from outside.

“I’m absolutely delighted after campaigning for this for a number of years with colleagues that this is now going to happen, and I will work with Prime Cymru and others to help ensure that funding is made available for these historic artefacts that have a real connection between our Monarchy and Wales.”