Read our latest posts
Tell me about… the Imperial State Crown
The Queen cuts a lonely figure at scaled back State Opening of Parliament
Prince William jokes Duchess ‘does all the gardening’ seeing mental health projects in Rhyl
Duchess of Cambridge promises to wear pink dress when she meets Hold Still subject, Mila
The Earl of Wessex visits school opened by late Duke of Edinburgh
Help the Tower of London name the baby raven
Duchess of Cambridge praises ‘amazing’ midwives on International Day of the Midwife
Princess Anne thanks community support group at Droitwich Rugby Club
Princess Charlotte is all grown up in 6th birthday photo
Duchess of Gloucester & Mike Tindall mark World Parkinson’s Day together

The Prince of Wales has given an exclusive interview to Vogue’s British editor-in-chief, Edward Enninful, in which he discussed his own style, attitude of make do and mend, as well as The Modern Artisan, a training programme co-founded by The Prince’s Foundation.

Prince Charles told Enninful about his style, which he downplayed: “I thought I was like a stopped clock – I’m right twice every 24 hours. But… I’m very glad you think it has style. I mind about detail and colour combinations.” 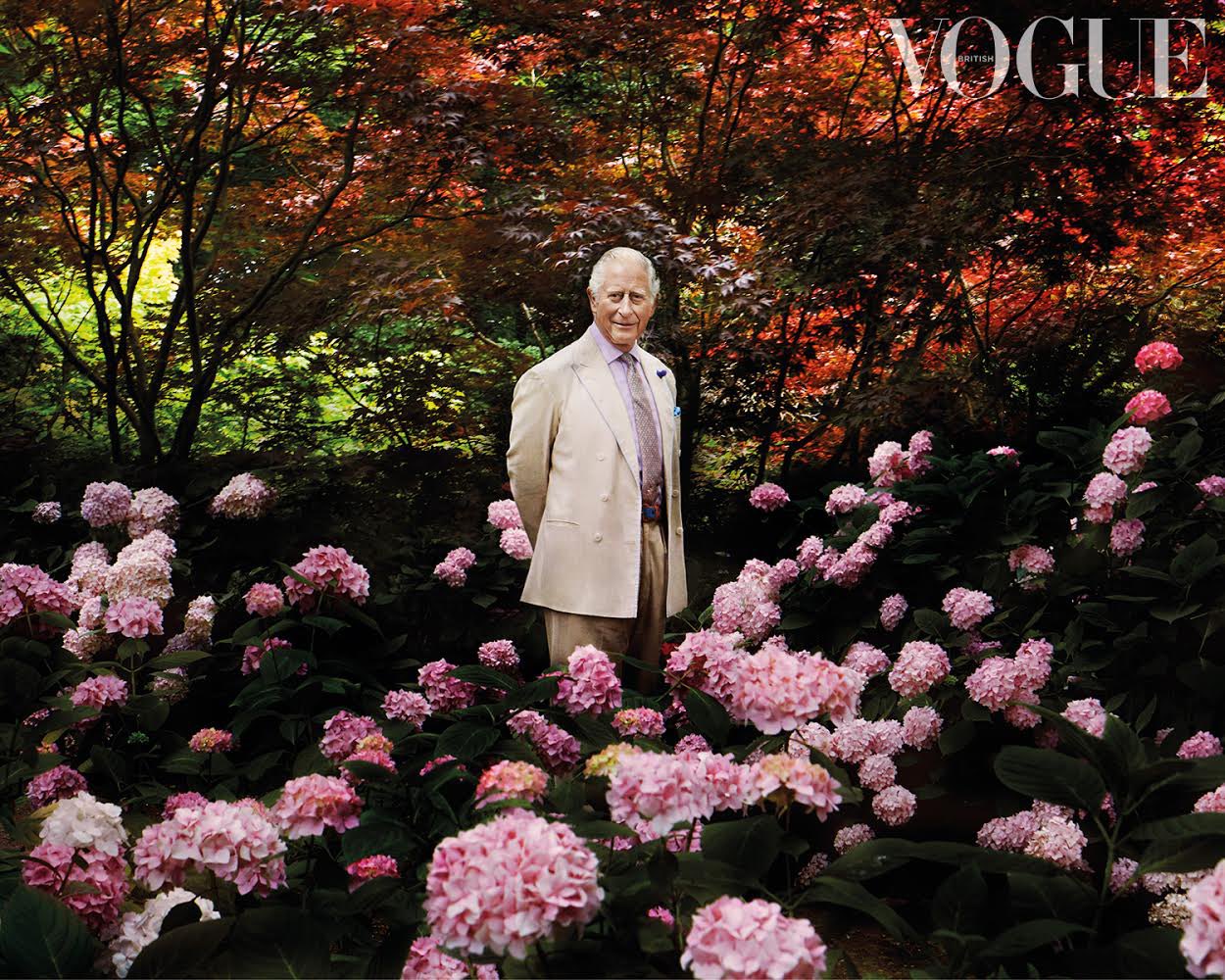 However, The Prince of Wales was featured in GQ’s top 10 best-dressed men last year. The future King said he purchases his clothes from craftsmen who are excellent in their trade.

When asked about advice for good wardrobe maintenance, Charles recalled ] his childhood memories of taking his shoes down to the cobbler in Scotland and would watch the soles being ripped off to be replaced by new. He regularly mends and repairs his leather shoes and patches up old handmade suits.

Enniful said the Royal’s mantra was ‘buy once, buy well’.

“I happen to be one of those people who’d get shoes – or any item of clothing – repaired if I can, rather than just throw it away. And that’s why I think, from an economic point of view, there are huge opportunities for people to set up small businesses involved with repair, maintenance and reuse.”

The Modern Artisan, Charles explains, was set up after a visit to New York, where he met Federico Marchetti. The Prince invited Marchetti to Dumfries House as the programme hd started a textile project in fashion and sewing.

“I was talking to him [Federico Marchetti] about it. He came to Dumfries House, saw what we’re doing, we talked further – and that was where the idea came from, to link Italian design students at the Politecnico di Milano with students here in Scotland; that link with Italy, is so critical, I think.”

The programme focuses on students who are launching a fashion line based around sustainability.

The fashion designer trainees are set to launch their first collection for men and women called Yooz Net-a-Porter. The Prince of Wales described the full collection as “fascinating to see what they’ve [students] been able to do to and how their skills have improved.”

During the interview, Charles spoke about the importance of the British fashion industry and how it is important the younger generations understand its true value. “It’s absolutely critical, because the British fashion textile sector is of enormous importance. But the trouble is, it requires constant investment in young people and in the development of real skills.”

The Prince of Wales explained the Sustainable Markets Council, which he launched earlier this year. The Council is “designed to tackle the issue of how we develop the solutions that exist, but have never been brought to the fore, because it’s always been considered uneconomic and nobody was very interested.

“But now, after years of trying in this area – nearly 40 years in my case – suddenly, the interest has become enormous, at the last minute, when it’s almost too late. We need to bring our ambitions forward, which is what I’m trying to do with the Sustainable Markets Initiative – from net zero by 2050, to net zero by 2035.”

Prince Charles, who has been an advocate for environmental issues for many decades, states consumers can help to counter the increasing culture of fast-fashion and clothing, especially following the pandemic.

Prince Charles is often seen with patched and worn clothing, as he ‘hates to throw anything away’ (Tim Regan/creative commons)

“The consumer has immense power in deciding where to buy from, and the best companies will lead the way, we hope, in demonstrating that if you follow the right principles of operation, not only are you moving more and more towards net-zero but also you’re removing pollution from supply chains.”

Charles explained how he gave firms with his royal warrant an ultimatum: conform to a set of environmental requirements, or lose their special status.

He said there were “howls of protest” but he remained firm: “So of course, they went away, looked at their supply chains, looked at the way they did things. Lo and behold, they came back and said, ‘Well, actually, it’s saved us money to do it in a better way’.”

You can read the full interview with The Prince of Wales in the December issue of British Vogue, on sale from tomorrow, 6th November.

PrevPrevious articleCharles and Camilla check in on Bank of England; Prince gets muted on Zoom call!
Next articleSocially-distanced Remembrance Sunday for Queen and senior RoyalsNext

The Queen opened a new session of Parliament, alongside The Prince of Wales and The Duchess of Cornwall. ⁠
Did you know Queen Elizabeth II has opened every session of Parliament since her accession to the throne, except in 1959 and 1963 when she was pregnant with Prince Andrew and Prince Edward?⁠
#OTD in 1937, the Coronation of King George VI and Queen Elizabeth took place in Westminster. ⁠
The Imperial State Crown is a prominent part of the State Opening of Parliament, even when not being worn! ⁠
#OTD in 1559, John Knox instigated the Scottish Reformation with a sermon in Perth, Scotland.⁠
The State Opening of Parliament took place this morning. The Queen was accompanied by The Prince of Wales and The Duchess of Cornwall. ⁠⁠