Prince William has been supporting one of his patronages by making secret visits to a homeless charity in London. The Passage, a homeless centre in London, announced The Duke of Cambridge had visited the centre on a number of occasions during the UK’s most-recent national lockdown.

The Duke, 38, helped to pack and distribute food to those in need, shown by photos released by The Passage. William can be seen wearing a facial mask and apron as he sorts items into paper bags alongside volunteers.

The Royal spoke to homeless residents about their experiences during the coronavirus pandemic and worked alongside a group of volunteers to help prepare hot meals for those who had been moved into emergency accommodation.

In what has been a challenging year for charities and individuals, The Passage has provided 70,000 meals for during both lockdowns. The Passage has become one of the UK’s largest resource centres for homeless individuals and those who are in need of emergency support.

The Duke of Cambridge first visited The Passage in 1993 as a young child, alongside his mother Diana, Princess of Wales and his brother, Prince Harry. 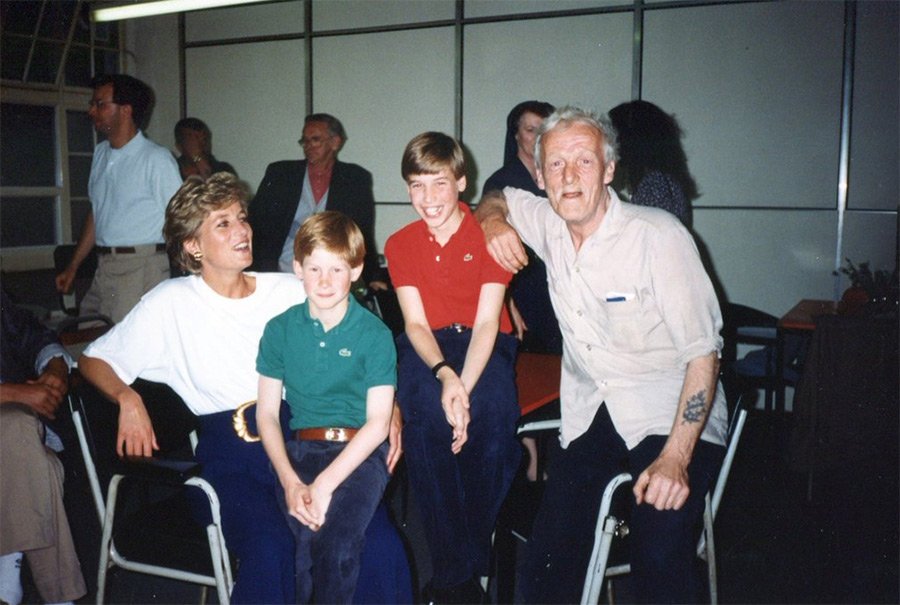 The Duke of Cambridge pictured alongside his mother Diana, Princess of Wales, and The Duke of Sussex in 1993. (IMAGE: The Passage).

The entry in visitor’s book at the centre marks The Duke of Cambridge’s first visit with his mother Diana, Princess of Wales in 1993.

The Duke of Cambridge visited the centre in 2019 when he became Patron of The Passage in 2019. He recently wrote the foreword for the centre’s cookbook ‘A Taste of Home‘.

The Duke’s foreword for the centre’s cookbook ‘A Taste of Home’. (@kensingtonroyal)

Speaking about the Duke’s visit Mick Clarke, The Passage’s chief executive, said: “This year, more than ever, our army of volunteers have enabled The Passage to keep our vital services running throughout both lockdowns and the time in-between.”

“From our emergency food hub to fundraising, outreach to essential office support, our Home for Good programme to our residential projects, we are extremely fortunate to have such a versatile and committed group of supporters.”

“We were delighted to welcome our Royal Patron, The Duke of Cambridge, as a volunteer during the second lockdown, where he helped to prepare and deliver food parcels to our clients in our emergency and regular accommodation projects. Volunteers are, and always will be, the lifeblood of our organisation.”

Because we thought you might need a good news story!
If we’ve learnt anything from previous lockdowns, it’s the willingness and determination of so many to do what they can to help. We would like to thank staff and volunteers for their work at this time. https://t.co/9VAhL9lWAP

Speaking at The Passage in 2016, The Duke said:“The visits I made as a child to this place left a deep and lasting impression upon me – about how important it is to ensure that everyone in our society, especially the poorest, are treated with respect, dignity and kindness, and are given the opportunities to fulfil their potential in life.”

The Duke of Cambridge talking and serving food to the residents at the centre on a previous, pre-pandemic visit. (IMAGE: The Passage).

The Duke and Duchess of Cambridge have supported many food banks and homeless shelters. The couple recently visited a food bank in Manchester as part of their Royal Train Tour: William and Catherine royal couple stopped off at FairShare, a food distribution centre in Manchester.

Duchess of Cambridge highlights ‘strength and bravery’ of...

Prince Charles pays tribute to victims of the...

Countess of Wessex gets birthday cake during call...

Sophie tells nurses she is ‘so happy’ her...

Prince Charles’ plan to save the planet: Terra...