Today The Queen marked her historic milestone with business as usual in Scotland.

Her Majesty, who is now the longest serving Monarch in British history, opened the Scottish Borders Railway in Tweedbank. We have taken a look at her reign here. 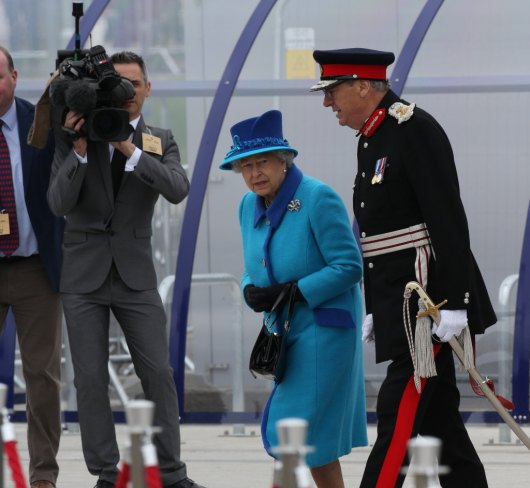 Joined by The Duke of Ediburgh and Nicola Sturgeon, Her Majesty arrived at Edinburgh Waverley Station to large crowds, waving the Union flag and Scottish flag alike. Some had come from as far afield as Australia and Canada in the hope of catching a glimpse of the Monarch on her historic day.

The trio took a steam engine, the Union of South Africa, to Tweedbank for the opening, taking just over an hour, along the the UK’s longest domestic railway line, costing £249 million.

The National Youth Pipe Band of Scotland had entertained the crowds prior to the Royal arrival, which was delayed by 40 minutes.

It was not far for the Royal couple to travel, as they take their summer holiday in Balmoral.

Unusually, Her Majesty gave a speech, highlighting the importance of the day, though not because she wanted to recognise the event, but more that it was impossible to ignore.

The Queen thanked everyone for the kind messages she had received, saying that her milestone was merely a result of longevity than anything special, in typical modest style. She then declared the railway open.

The Prime Minister also paid a touching tribute to the service of The Queen in a speech in Parliament today, with images of The Queen reaching almost every front page in Europe.

Long live the Queen you have served us well ☺