The Duke of Cambridge, meanwhile, remembered the day with a traditional treat for the High Commissions of Australia and New Zealand.

Anzac Day marks the anniversary of the start of the First World War Gallipoli landings, and is a national day of remembrance in Australia and New Zealand. Thousands of Anzac troops, both Australian and New Zealand Army Corps, were killed in this bloody part of the conflict.

The first service was at Wellington Arch, where Anne was joined by her husband, Sir Timothy Lawrence, in a rare joint appearance. The royal couple attended the traditional Dawn Service in the early hours of the morning.

Princess Anne laid a wreath at the memorial and signed the Book of Remembrance at the arch, where the service had a reduced number attending due to COVID restrictions.

Traditionally, a dawn service was held on the Western Front on the first anniversary of the Gallipoli landing on 25 April 1916. Dawn services were originally simple and used to be restricted to veterans only, to remember and reflect among the comrades with whom they shared a special bond. 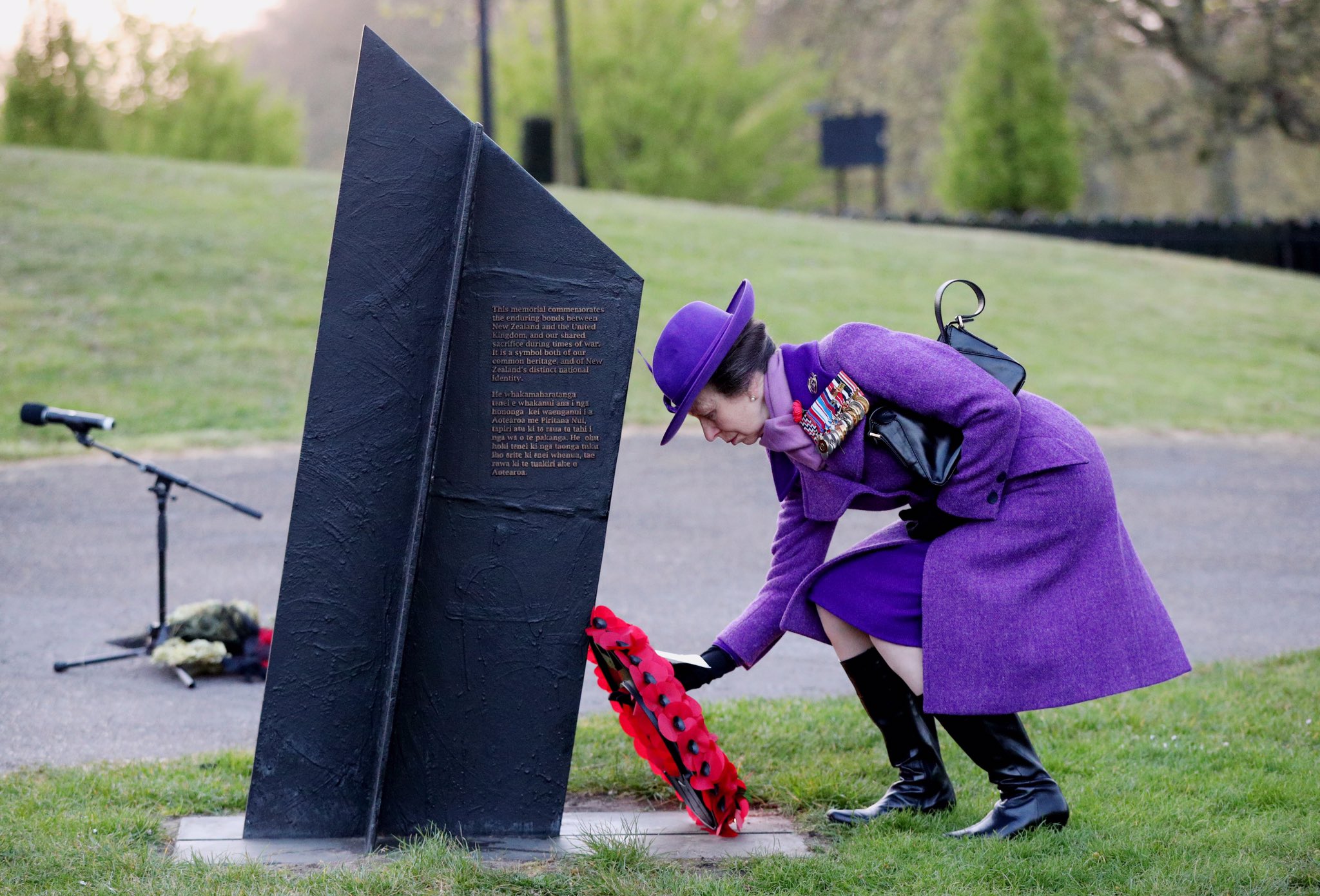 Princess Anne laid a wreath at both the New Zealand and Australian memorials. (@RoyalFamily/Twitter) 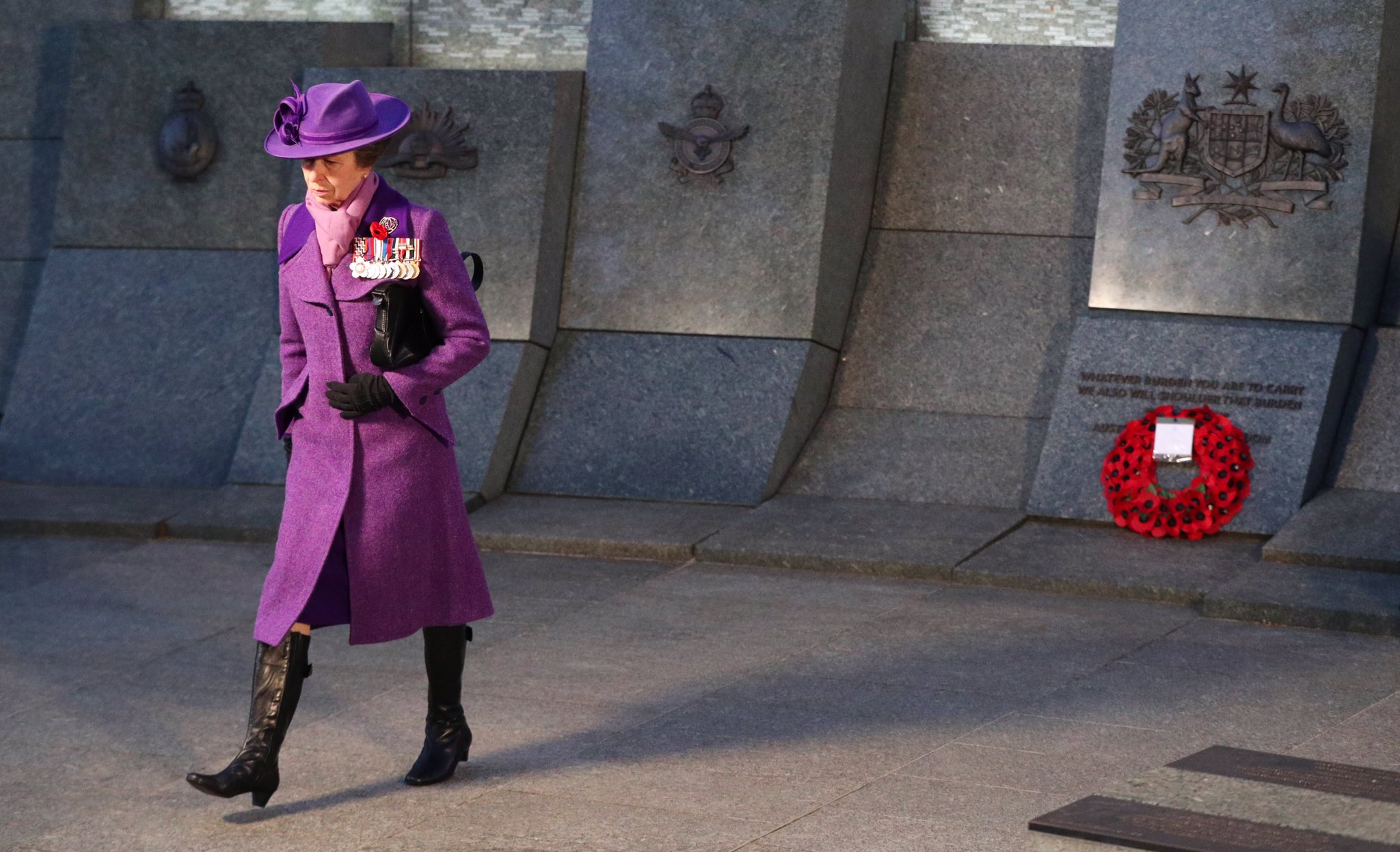 Anne wore a bright purple coat paired with a matching hat to attend both services. (@RoyalFamily/Twitter)

The royal couple then visited Westminster Abbey for the Anzac Day Service of Commemoration and Thanksgiving. After the service, the pair took some time to speak to the High Commissioners of Australia and New Zealand.

During both appearances, The Princess Royal and Sir Tim wore poppies, with Anne in her medals for the dawn service, too. 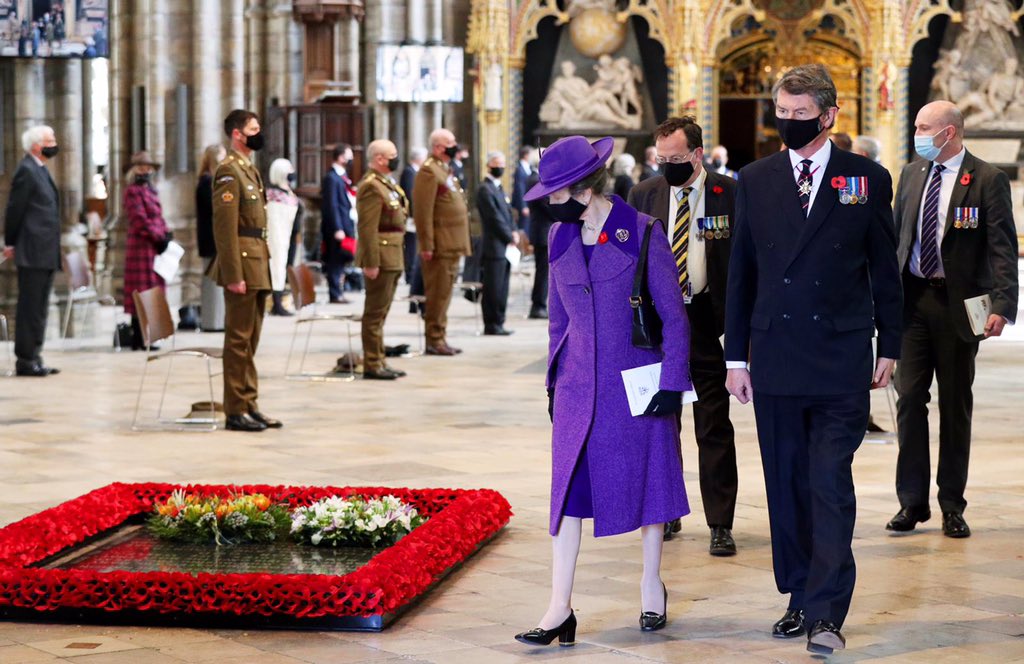 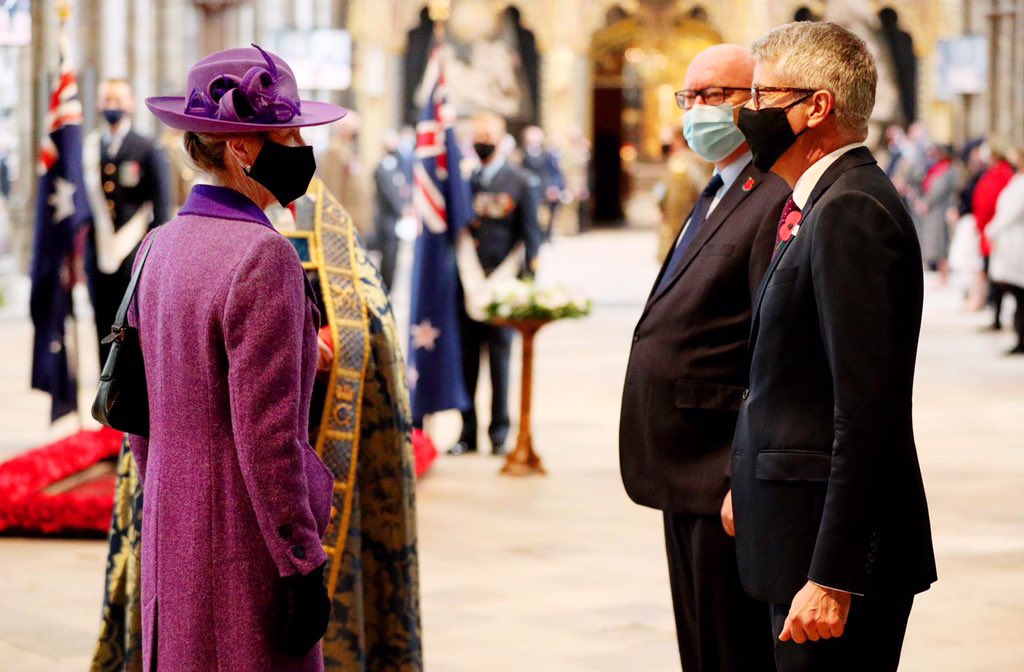 Anne pictured speaking to the High Commissioners of Australia and New Zealand. (@RoyalFamily/Twitter)

He sent his messages to the High Commissions of New Zealand and Australia along with Anzac biscuits, which are a sweet biscuit made from rolled oats, flour, sugar, butter, golden syrup, baking soda, boiling water, and desiccated coconut. These sweet biscuits have long been associated with the Australian and New Zealand Army Corps, established in World War I.

“This Anzac Day, Catherine and I join Australians and New Zealanders across the world to remember and honour the service men and women of the Australian and New Zealand Army Corps.”#AnzacDay pic.twitter.com/qluVQfc6gQ

The appearances follow on from a period of royal mourning after the passing of The Duke of Edinburgh, where members of the Royal Family were only allowed to carry out key and important engagements which were approved by The Queen.