The Royal Foundation of The Duke and Duchess of Cambridge and Prince Harry is the young Royals’ primary charitable vehicle. It hopes to become a leading philanthropic investor, effectively using its time and resources to create lasting change in specific charitable areas around the world, based on need and on the interests of William, Catherine and Harry.

William, Catherine and Harry have choosen specific areas for The Royal Foundation to help – Splash Images

At this time, The Royal Foundation focuses its work into three major categories:

If you have been following the charitable patronage choices of The Duke and Duchess of Cambridge or Prince Harry, these three areas should come as no surprise. Let’s take a closer look at some of their involvement.

When it comes to foundations and charitable causes that are strongly linked to Royalty, you don’t have to think much farther than the following three:

We’ve known for years how passionate Prince Harry is when it comes to the work done in Lesotho, a small mountainous Kingdom in Southern Africa, by Sentebale.

Sentebale was founded in 2006 by the Prince, working with Prince Seeiso of Lesotho. Their goal is to help the most vulnerable children in Lesotho get the support they need to lead healthy and productive lives. The charity works with local grassroots organisations to help these children – the victims of extreme poverty and Lesotho’s HIV/AIDS epidemic.

Prince Harry doesn’t just say how much he wants to improve the lives of these children, he works to make it happen. It’s not hard to find Harry in support of Sentebale, either. The Prince is known to play in charity polo matches in support of Sentebale throughout the season and is often part of black tie events raising money for the organisation. But above and beyond all the work he does for Sentebale in the UK, there are the frequent trips to Lesotho to see the work of the organization on the ground, and to lend a hand where he can.

The Invictus Games are another example of the outgoing Prince putting his heart and soul behind a cause that he loves. After witnessing first-hand the Warrior Games in the United States in 2013, Prince Harry returned home and set about creating and building support for The Invictus Games.

In the run-up to the inaugural games held in London in September 2014, Prince Harry, together with his brother Prince William, was seen making several appearances and meeting with competitors as they trained for the events – we even got a cute photo of Harry holding the infant of one of the competitors!

Prince Harry is currently in Africa for three months, helping protect animals from poachers, as well as learning about conservation. 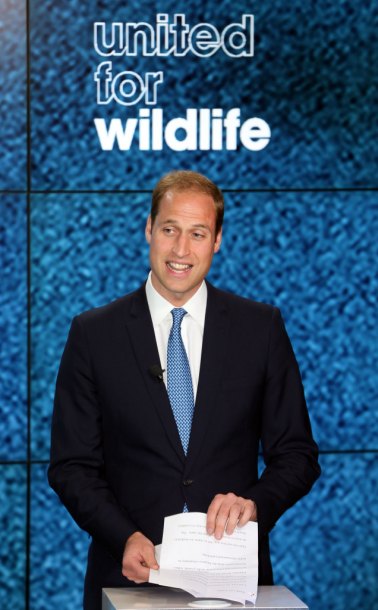 The Duke supports the conservation of endangered species. Picture by Stephen Lock / i-Images

At the London conference in 2014, The Duke of Cambridge announced the commitments of United for Wildlife. These commitments cover the areas that the conservation collaboration are working on.

1. Strengthen protection on the ground with a strong emphasis on community incentives

3. Create a ‘zero-tolerance’ approach toward illegal wildlife trade in the private sector

In June 2014, the Duke and David Beckham launched the #WhoseSideAreYouOn campaign which aims to build on the commitments from the London Conference, and to reduce demand for illegal wildlife products by increasing awareness in a traditionally hard to engage market of 15 to 30-year-olds.

The Royal Foundation has also served as a vehicle for causes supported by The Duchess of Cambridge to work together. The most notable of these collaborations has been the M-PACT Plus Programme.

Place2Be and Action on Addiction are collaborating in the delivery of a new school-based project, M-PACT Plus, which takes a whole-family approach to tackling substance misuse. It is run as an 8-week free group for the whole family.

The partnership brings together Place2Be’s school-based networks and model of provision of emotional and mental health services for children and Action on Addiction’s expertise in working with families with challenges related to substance misuse in order to improve the lives of children and their families affected by addiction. The project is being funded by The Royal Foundation and Comic Relief.

Another area in which Catherine’s passion shines through is that of children’s palliative care, including children’s hospices and the variety of services they provide to their communities. Her close involvement and patronage at East Anglia’s Children’s Hospices and her visits to other children’s hospices around the UK and indeed, the world, have helped to shine a light and raise funds for these great organizations.

The Duchess of Cambridge visits the Rainbow Place Children’s Hospice in Hamilton, New Zealand on the Royal Tour of New Zealand and Australia. Picture by i-Images

It’s even made this correspondent look into the state of children’s hospice care here in the United States, and I’ve been glad to see some great progress in just the last year.

The Duke of Cambridge and Heads Up: a...

Patricia Watts is the Editor of A Petite Princess and helps out here when opportunities arise. Trisha loves to write about the Duke and Duchess of Cambridge and their adorable family as well as learning all about London and the British royal family