Tom, 40, is currently a judge on ‘The Hotplate’, an Australian cooking competition, and spoke with The Sunday Times about his mother’s new favourite show.

The Duchess’ son recently spoke about Prince Charles and his mother in an interview with Australian media. He also spoke of his childhood, revealing Camilla was the ‘good cop’ when it came to discipline, before the show began to air on Channel Nine. 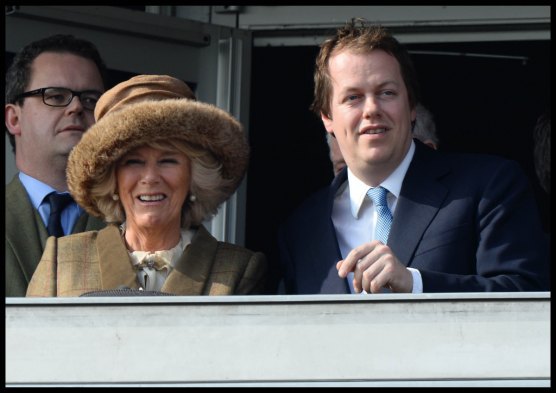 “She started watching just after dinner when we were down in Cornwall a few weeks ago and carried on watching all the way through,” Tom said. The Duchess spent time with her family in the south-west before heading to Birkhall to join her husband, Prince Charles.

“She was addicted!” he laughed.

Tom has been praised for his kind critiquing of the contestants’ food on the show. “I think Gordon [Ramsey] is brilliant and a great entertainer, but that’s not me,” he said, referring to the foul-mouthed chef, known for his short temper in the kitchen. It seems the Brit has been a hit Down Under.

Camilla’s son has also been giving her tips on where to eat in Australia, as Prince Charles and The Duchess of Cornwall are due to visit in November.

“She’s never been to Perth so I’ve been filling her in about all the beauties of Perth, the light, the food, the people.”

The Duchess has something of an aversion to flying, though Tom didn’t seem too worried about her long journey:

“She doesn’t particularly like flying. It’s a long flight, but she’ll be alright, she’s excited about coming out.

“She loves Australia and fell in love with it when they toured the country for The Queen’s Diamond Jubilee. She’s very very excited about it, she’s fascinated by what goes on in the country,” he finished.