On Tuesday, Prince Charles was joined by Natural England’s Chair, Tony Juniper, to release the Eurasian curlew at Sandringham, The Queen’s Norfolk residence.

The Eurasian curlew is one of England’s most iconic threatened birds, and are part of an initiative by Natural England to boost populations of the endangered species. 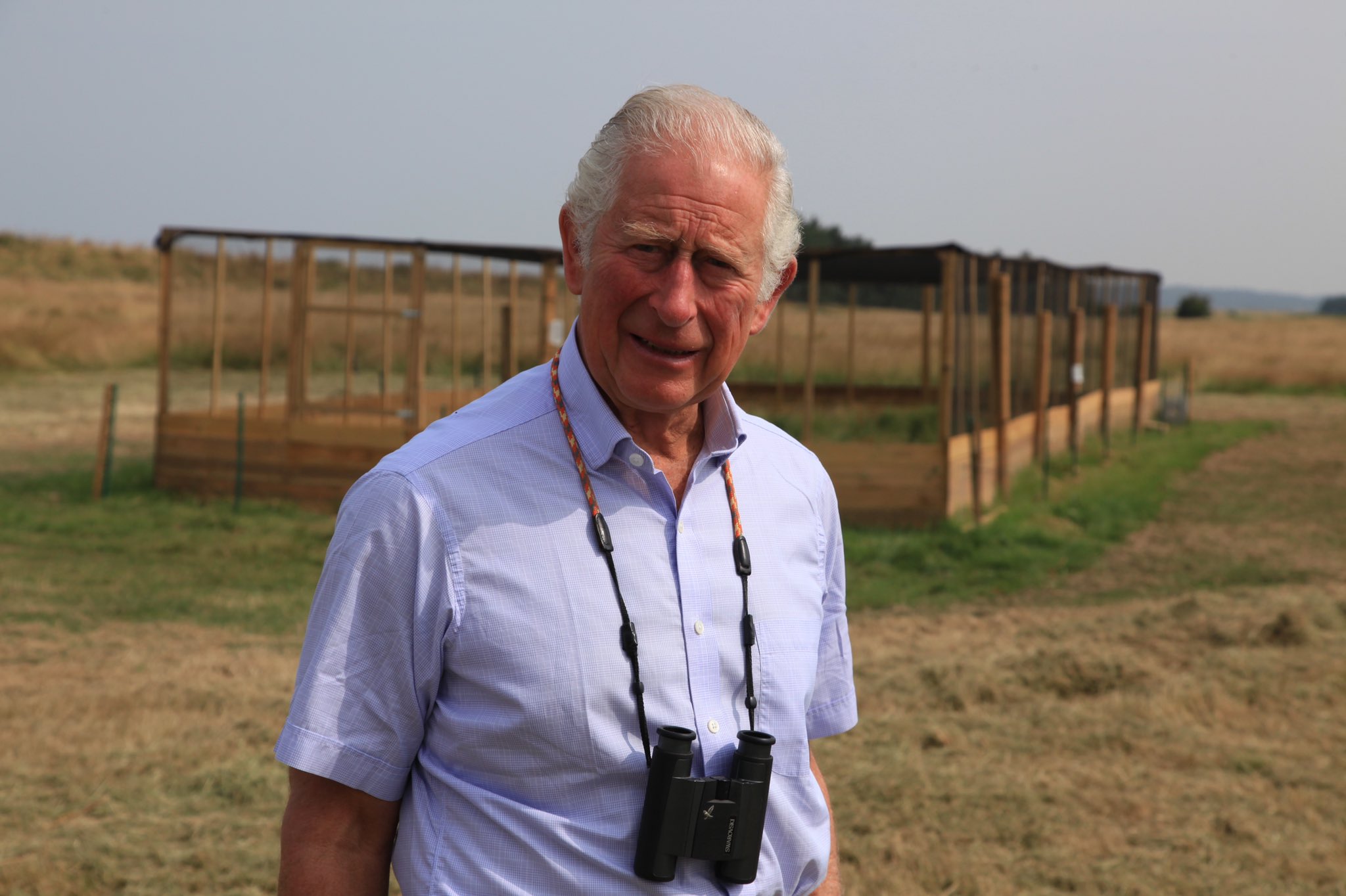 The project saw curlew eggs taken from airfields to a rearing facility at Pensthorpe Conservation Trust in Norfolk, with some taken by the Wildfowl and Wetlands Trust for a project in Dartmoor. They were then reared to fledging age to be released. It is hoped that the newly-released birds will nest nearby to establish a new population.

Commenting on the remarkable occasion, The Prince of Wales said: “I have always cherished the evocative call of the curlew, but it is now dangerously close to being something that our grandchildren will never have the chance to enjoy. I am therefore particularly delighted that the Sandringham Estate has been able to assist in a small way the recovery of this wonderful bird.

“This initiative would not have been possible without the tireless work of many people and organisations working in partnership towards a common aim. Every curlew nest is something to prize, nurture and protect, and it is utterly vital that we work together to turn this iconic bird’s fortunes around.” 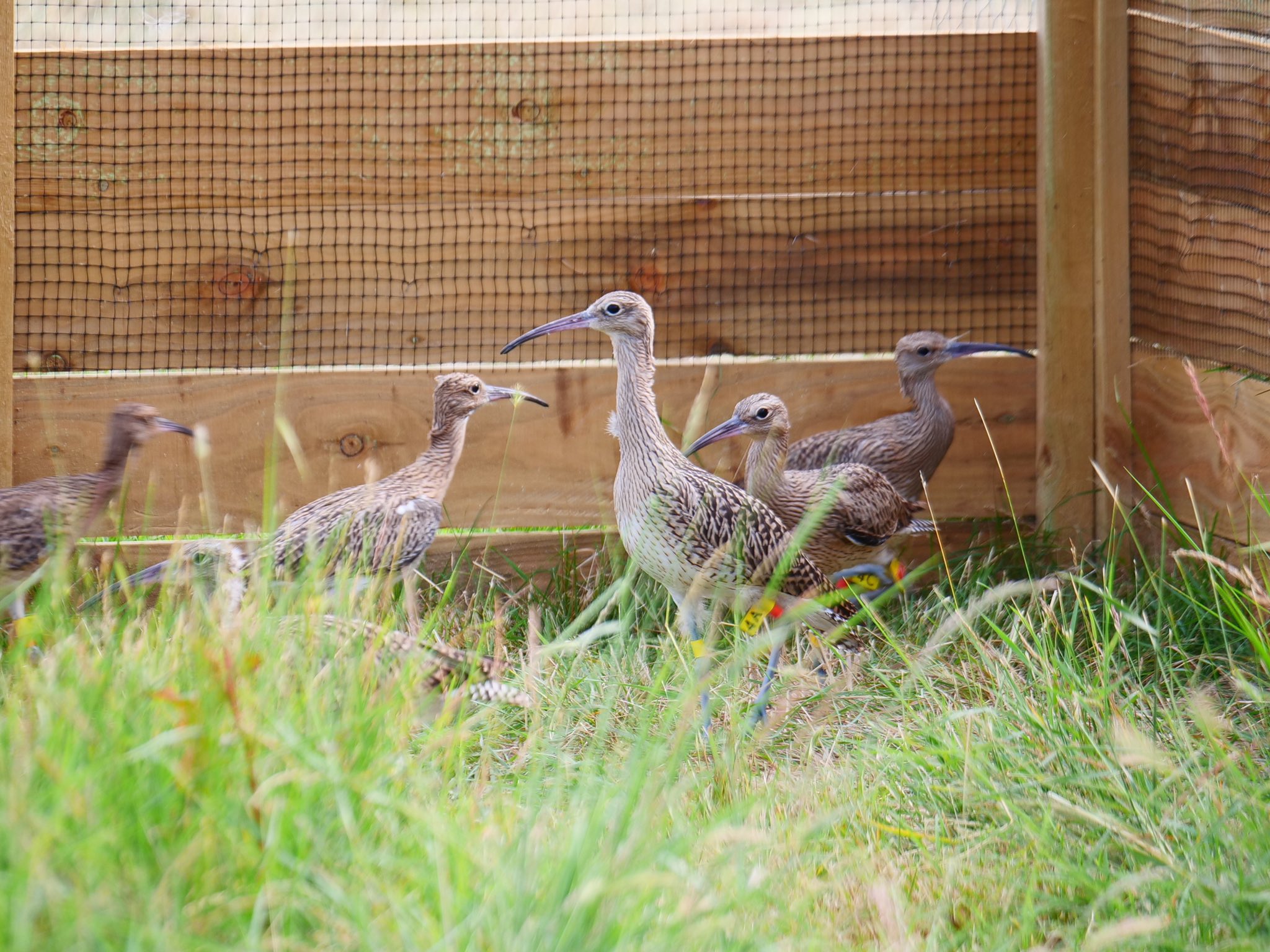 The Eurasian curlew are an endangered species and were released at Sandringham to help boost population numbers. (Clarence House/Twitter)

Some of the birds released at Sandringham were fitted with GPS tags, so the organisation can continue to track their progress. Conservationists are hoping that this project will increase the bird’s prevalence in the UK.

Tony Juniper noted that the ‘release on the Sandringham Estate marks a significant milestone for the recovery of this iconic bird.’

A quarter of the global breeding population of curlew currently live in the UK, but the species is experiencing a rapid decline in its population and in turn is now red-listed – or most at risk for extinction. The species is Europe’s largest ‘wading bird’, which describes how the birds wade in water to forage for food. 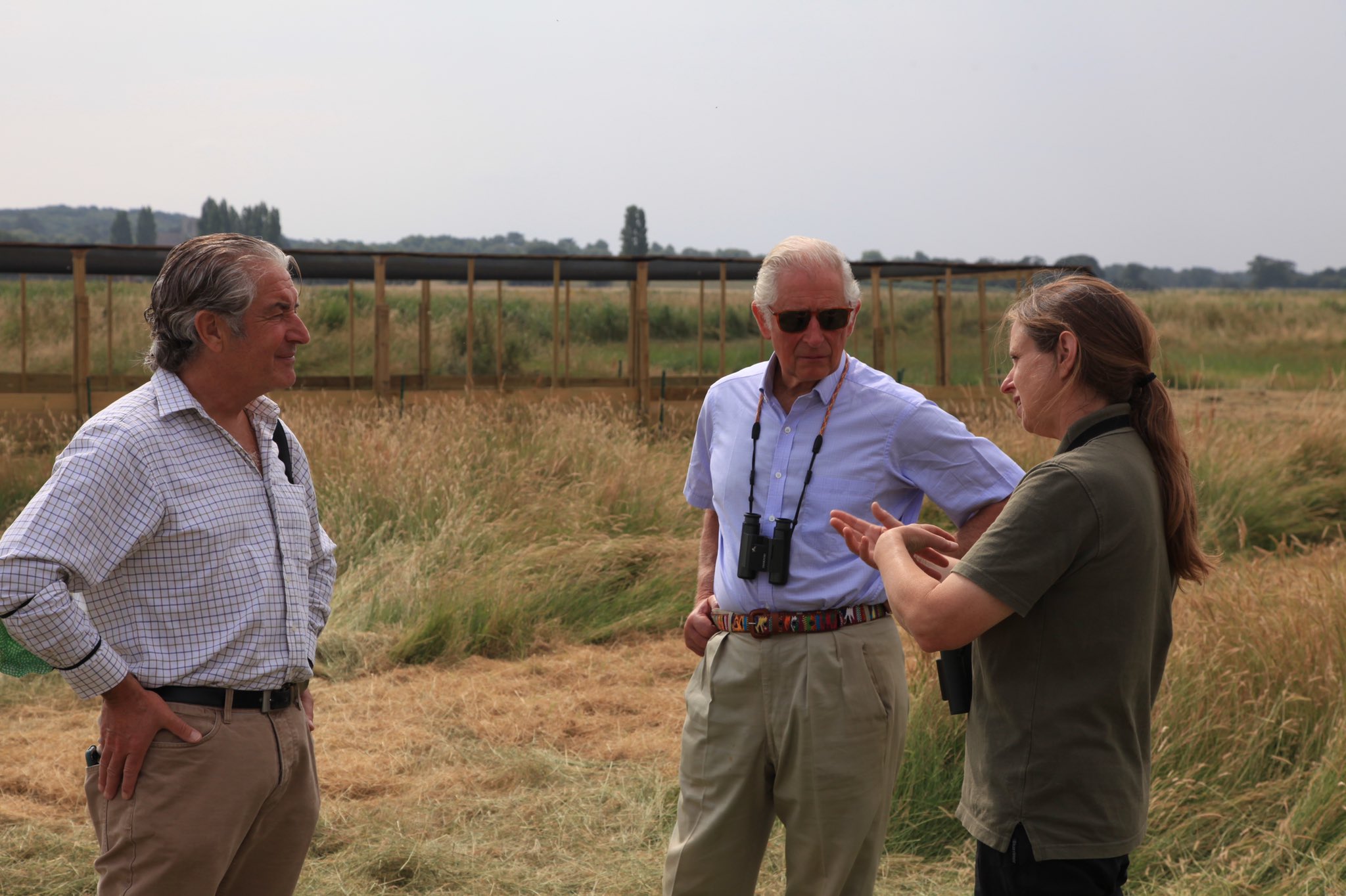 Charles was joined by Tony Juniper to mark the remarkable moment. (Clarence House/Twitter)

Prince Charles took over the management of The Queen’s Norfolk estate from his father in 2017 and has made some remarkable changes, including installing a number of bird boxes, and using organic fertiliser across the site. W

hilst one of Charles’ passions includes the environment, The Queen reportedly has banned all plastic bottles and straws from all her homes, in a bid to be more eco-friendly after watching a documentary made by Sir David Attenborough.