The Queen together with The Duke of Edinburgh, Prince Charles and The Duchess of Cornwall arrived on a state visit to Malta today, for CHOGM. This year’s Commonwealth Heads of Government Meeting is being held on the tiny island for the second time in a decade. 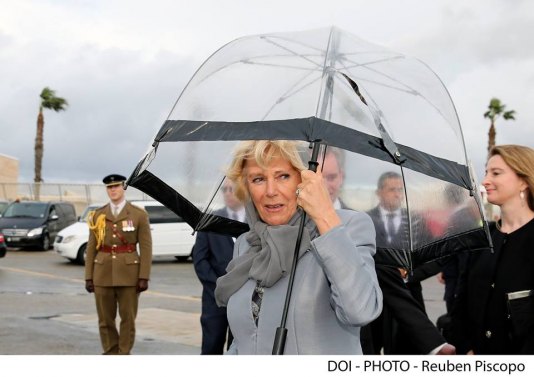 Upon their arrival at the Malta international Airport, the Prime Minister of Malta greeted The Prince of Wales and Camilla, who arrived slightly before Her Majesty and Prince Philip. Despite the windy conditions, all was set for the Royal visit, but the wind was quite strong: The Duchess could be seen struggling to get out of the plane as she tried to keep her umbrella open.

The Prime Minister’s twin daughters, Soleil and Etoile, each handed The Queen a bouquet of flowers.

The Queen and Prince Philip lived in Malta for a few years while the Duke was still in the navy, shortly after they were married. The island no doubt holds special memories for the couple. 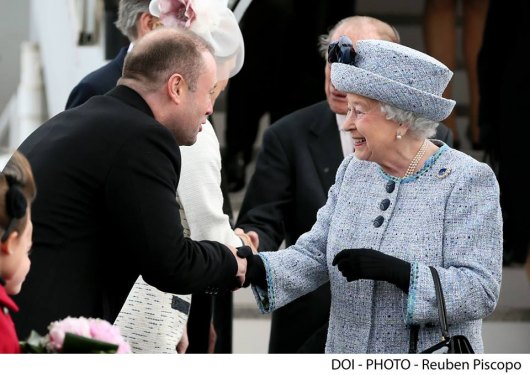 Later, Her Majesty will receive The Prime Minister, Dr. Muscat, for talks at San Anton Palace. Also, she will attend a State Reception in her honour hosted by the President of Malta.

The Prince of Wales went to the Hilton Hotel  for the Commonwealth Business Forum. The Prince is expected to close this forum by delivering a speech. His wife has a separate programme, starting off with a visit at Mdina Glass in Ta’ Qali.

Charles, as president of The Prince’s Trust, will attend an evening reception to mark the launch of Prince’s Trust International.

Happy Birthday Camilla! Our top 20 photos of The Duchess of Cornwall