Former rugby player-turned-republican Peter FitzSimons has said that Australians want ‘to be grown ups’ – and do away with The Queen as their Head of State. 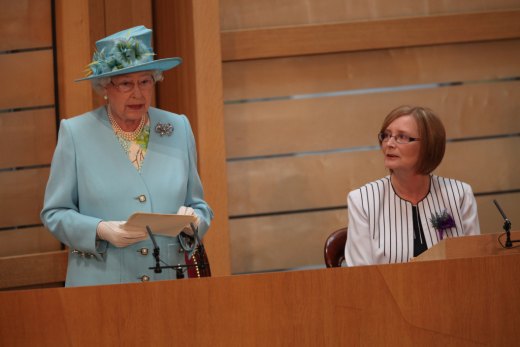 Australia has had the British Monarch as its Head of State since the country’s inception in the late 1700s.

“In the 21st century it is ludicrous for Australia to take our Head of State from a family of aristocrats living in a palace in London,” the former rugby player told The Telegraph.

“We want to be grown ups. We want a self-sustaining government with a leader of our own.”

Australia voted on potentially abolishing the Monarchy in 1999, with almost 55% of citizens (almost 6 million people) choosing to keep Her Majesty as Head of State, instead of an elected politician. Since then, the issue has not been on many political agendas; polls show that in 2014, support for a republic was at its lowest for two decades, at around 40%.

Former Labor Prime Ministers, Kevin Rudd and Julia Gillard, said they supported the move to become republic but that it was not a priority for their governments during their tenure.

Current PM, Tony Abbott has openly voiced his support of The Queen and Royal Family, as a former leader of the Monarchist movement within the Antipodean country. This approval appears to have gone from strength to strength in recent years, helped by two successful tours by members of the Royal Family: The Duke and Duchess of Cambridge at Easter last year, and Prince Harry earlier this year.

In response to this, FitzSimons said: “The fact that Prince William and Princess Kate are popular among Australians is wonderful. They seem like a very nice young couple bringing up a nice young family.”

He rudely went on to add that Royals should be welcomed as visitors, not Heads of State: “They might even visit us once we become a republic.”

The Prince of Wales and Duchess of Cornwall have a trip planned to both Australia and New Zealand in November, which will no doubt be very successful.

Interestingly, the current Prime Minister was a rugby coach of Mr FitzSimons.

“Tony Abbott is a great guy – he is a little bit insane in a hugely likeable way,” Mr FitzSimons said.

He continued by comparing opinions on Monarchy to gay marriage to take those with his opinion onward, also claiming the Prime Minister to be an obstacle in the movement:

“But the tide of history will ultimately sweep my crowd forward. Similarly to gay marriage, it is compelled by an unanswerable logic. Tony Abbott cannot stand in the way of logic. Once he is gone, the tide will go forward.”

FitzSimons said that a referendum would be the next step, to see if there was enough support for such a move (we doubt it), before a constitutional convention to decide on a new model of government.

During the 1999 referendum, the republican movement could not agree on the new model for an Australian republic, which saw the movement falter and ultimately disappear for a number of years.

The republican continued that Australia would not adopt the term ‘president’ for its head of state and would, unusually, keep its Governor-General, The Queen’s representative to the country.