On Friday, The Duke of Cambridge returned to the polo field to raise money for charity.

The father of three participated in the Out-Sourcing Inc. Royal Charity Polo Cup 2021 held at Guards Polo Club in Windsor.

The event was to raise money and highlight the incredible work carried out by a handful of charities chosen by The Duke and Duchess of Cambridge.

As a keen polo player, William suited up in his navy and white uniform with a his mallet in hand as he raced across playing field on horseback. He even scored two goals!

The Duke of Cambridge and his team went on to win the Khun Vichai Srivaddhanaprabha Memorial Polo Trophy at the Billingbear Polo Club.

During the prize-giving, Savot, the 12-year-old gelding which William rode was named pony of the match.

The Duchess of Cambridge was unable to attend the event after being informed she had been in close contact with someone who tested positive for COVID-19. On Monday, Kensington Palace confirmed in a statement she was not currently experiencing any symptoms and isolating at home in line with government regulations. The Duchess received her first COVID-19 injection in May.

The turn of events meant William had to carry out a number of engagements on his own. On Monday, he attended a Big Tea at Buckingham Palace event for NHS workers to mark the 73rd birthday of the NHS. On Wednesday, he attended the Euro 2020 Semi-Final at Wembley Stadium, where he saw England bet Denmark and progress to the final.

The last time Prince William took part in the sport was in 2019 at the King Power Royal Charity Polo Match at Billingbear Polo Club, where he won against Prince Harry’s team. During the match, both were supported by The Duchess of Cambridge and The Duchess of Sussex along with their children. 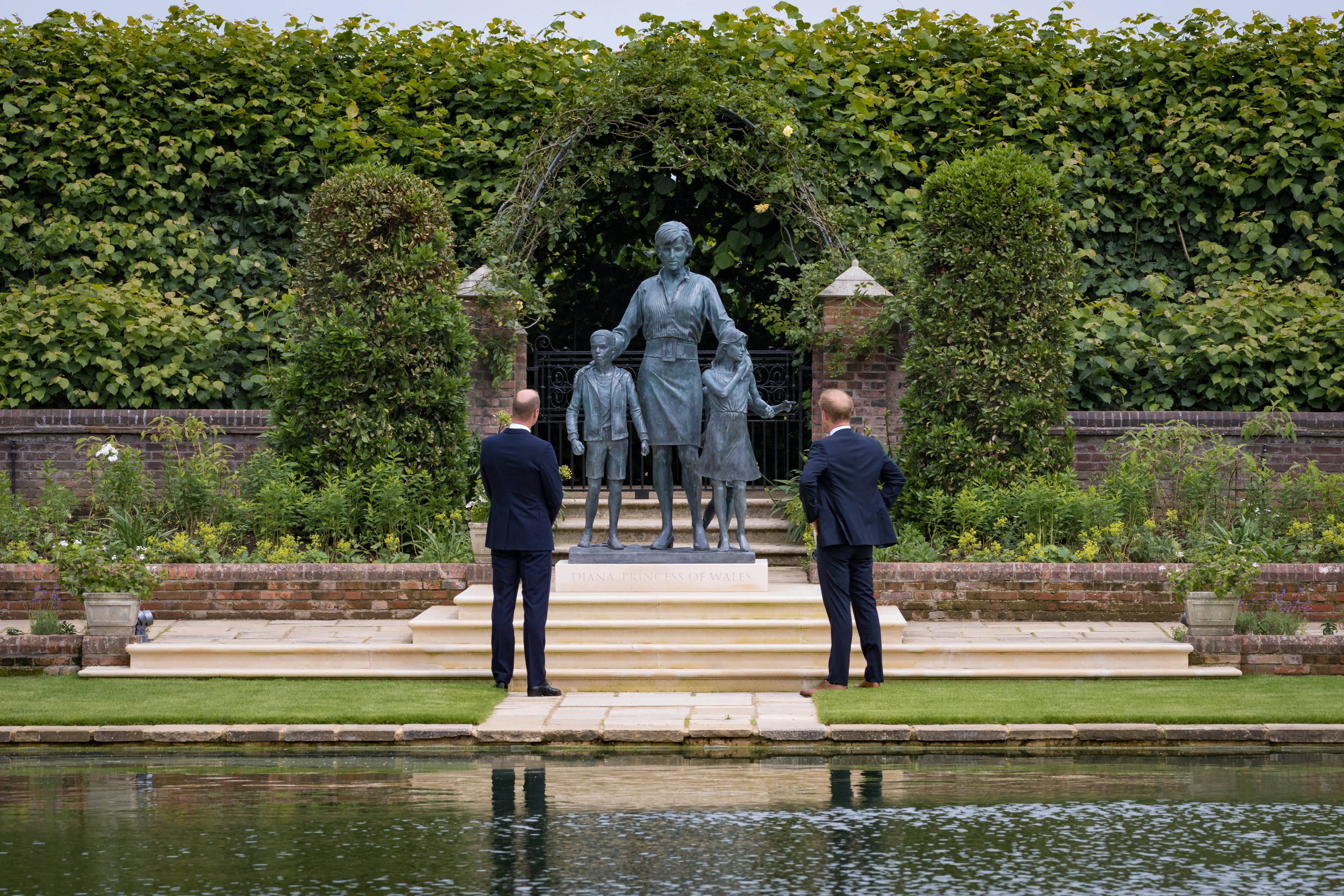 The Duke of Cambridge and The Duke of Sussex recently came together to unveil a statue of their late mother on what would have been her 60th birthday. (@Kensington Royal/Twitter)

William and Harry were reunited at Kensington Palace last Thursday, when they unveiled a statue of their beloved late mother, on what would have been her 60th birthday. It seemed to be a reconciliation after a difficult 18 months for the brothers.