The Countess of Wessex was joined by Princess Alexandra for a rare joint engagement at Guide Dogs South West in Bristol on Thursday.

The visit marked an important moment, as Princess Alexandra announced she was stepping down as Patron of the charity at the age of 84, with Sophie becoming the organisation’s new Royal Patron. 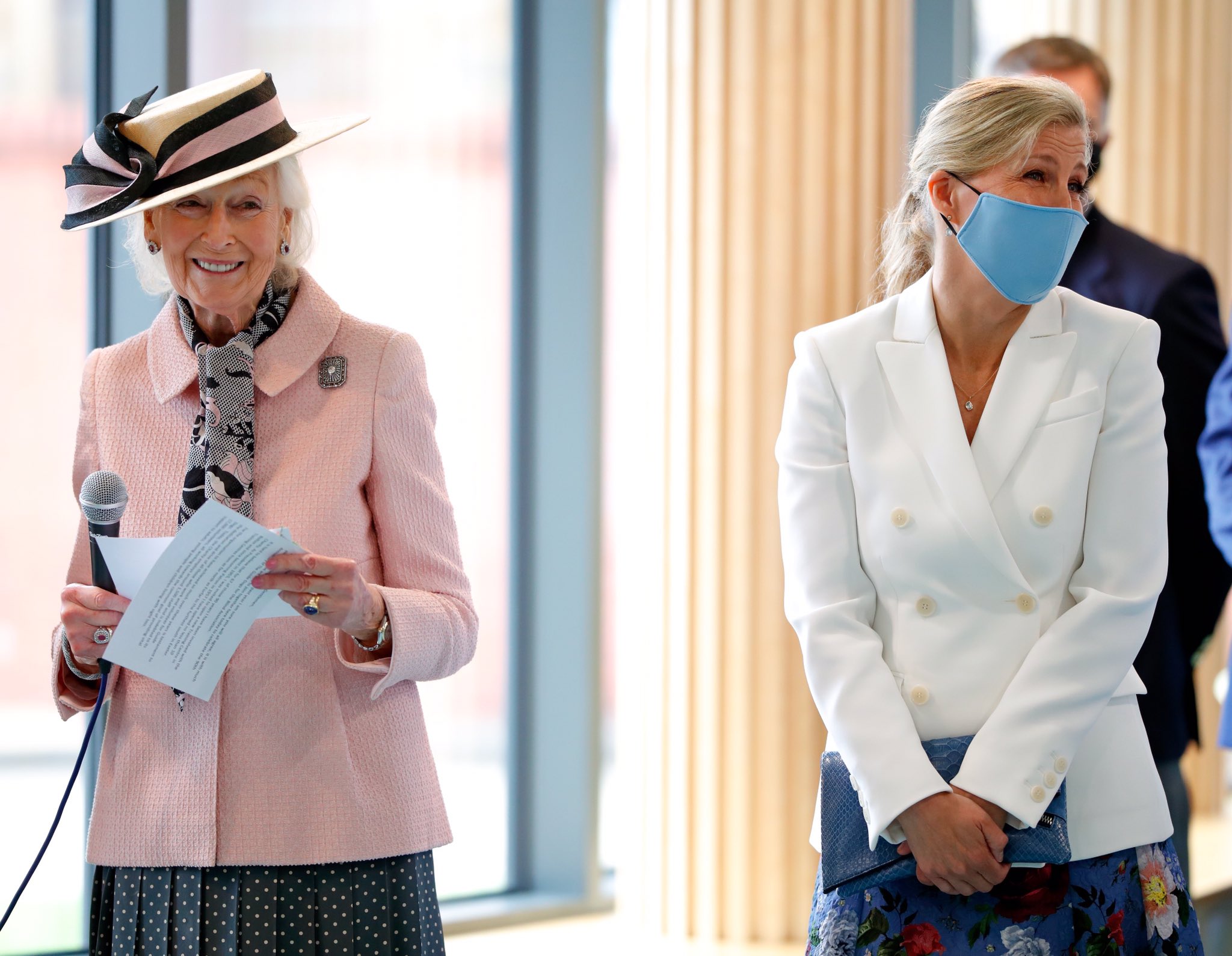 The Countess of Wessex and Princess Alexandra paid a visit to Guide Dogs South West earlier this week. (@Royal Family/Twitter)

The royal pair opened the new regional centre for Guide Dogs South West, seeing a demonstration of both puppy and dog training classes. They heard guide dogs can help those who are visually impaired, including children.

Guide Dogs is the largest’s training of working dogs and have trained over 35,000 dogs since its opening in 1931, and Alexandra has been patron since 1957. The charity is celebrating its 90th anniversary this year. There are currently around 2 million people living with sight loss in the UK. Guide Dogs supports those who suffer from a visual impairment through a number of services such as mobility training and providing guide dogs.

The Countess of Wessex has a long-term passion for working with and promoting the work of charities who help the visually impaired. Both she and Prince Edward visited the Guide Dogs centre at Forfar in Scotland in 2019, shortly after they became the Earl and Countess of Forfar.

Sophie is also Patron of the Vision Foundation, and Global Ambassador for the International Agency for the Prevention of Blindness. You might also remember she was royal patron of the Diamond Jubilee Trust which is now winding down, but sought to eliminate trachoma as a form of preventable blindness.

Sophie, The Countess of Wessex pets one of the guide dogs (@RoyalFamily)

Jamie Hambro, Chairman, commented on the arrival of Their Royal Highnesses and their new Patron: “We are incredibly honoured to mark, and to thank in person, Princess Alexandra for her wonderful contribution over the last sixty-seven years, first as our President, then since 1957 as our Patron.

“I hope that from our tour today you will feel proud of the organisation that has flourished under your Patronage. From our first four guide dog owners back in 1931, we are now helping thousands of people with sight loss, of all ages, to enjoy freedom and independence.

“We’re looking forward to working with our new Patron to continue to highlight our work which enables people living with sight loss to live the lives they choose.”

After Sophie and Princess Alexandra visited the centre, the pair went to Windmill Hill City Farm – a 4.5 acre farm which features a number of walks, animals and a cafe. The Countess of Wessex took the time to feed the goats before she carried on to see the other animals.

Duke of Gloucester unveils orchard in memory of Prince Philip

Princess Beatrice and Edo announce the name of their baby daughter