Sophie takes part in the annual Countess of Wessex cup

The Countess of Wessex looked in high spirts to watch and take part in the Wessex Cup yesterday, donning practical military attire.

Sophie watched regiments from across the Royal Navy, Army and Royal Air Force, compete in the contest, in her first engagement as she returned from the royal summer break.

Sophie who has the honorary title of Air Commodore, Royal Air Force, Wittering, was all smiles throughout the day.

The annual event sees personnel from the Countess’ honorary military appointments compete against each other in a series of challenges. The venue and challenges in The Countess of Wessex Cup change from year to year but always include a series of demanding physical and mental tests.

This year’s competition included science and engineering-based tasks, a media challenge and an escape room.

Flight Lieutenant Sam Lawton, an RAF engineer and project officer for the 2021 contest, said: “If there was a competition for the military in the 21st century, this is it.”

The Countess of Wessex watched as she saw military personnel compete in the annual cup. (Royal Air Force)

The mother-of-two showed off her gaming skills as she played Dirt Rally 2.0 during one of the challenges, where she negotiated the course with complete success.

For the media challenge, each of the units had been asked to produce a short video about what they do, and the Countess was asked to judge the top four.

The coronavirus pandemic has meant a change to this year’s competition and the Canadian regiments have competed virtually, remaining in their home country. 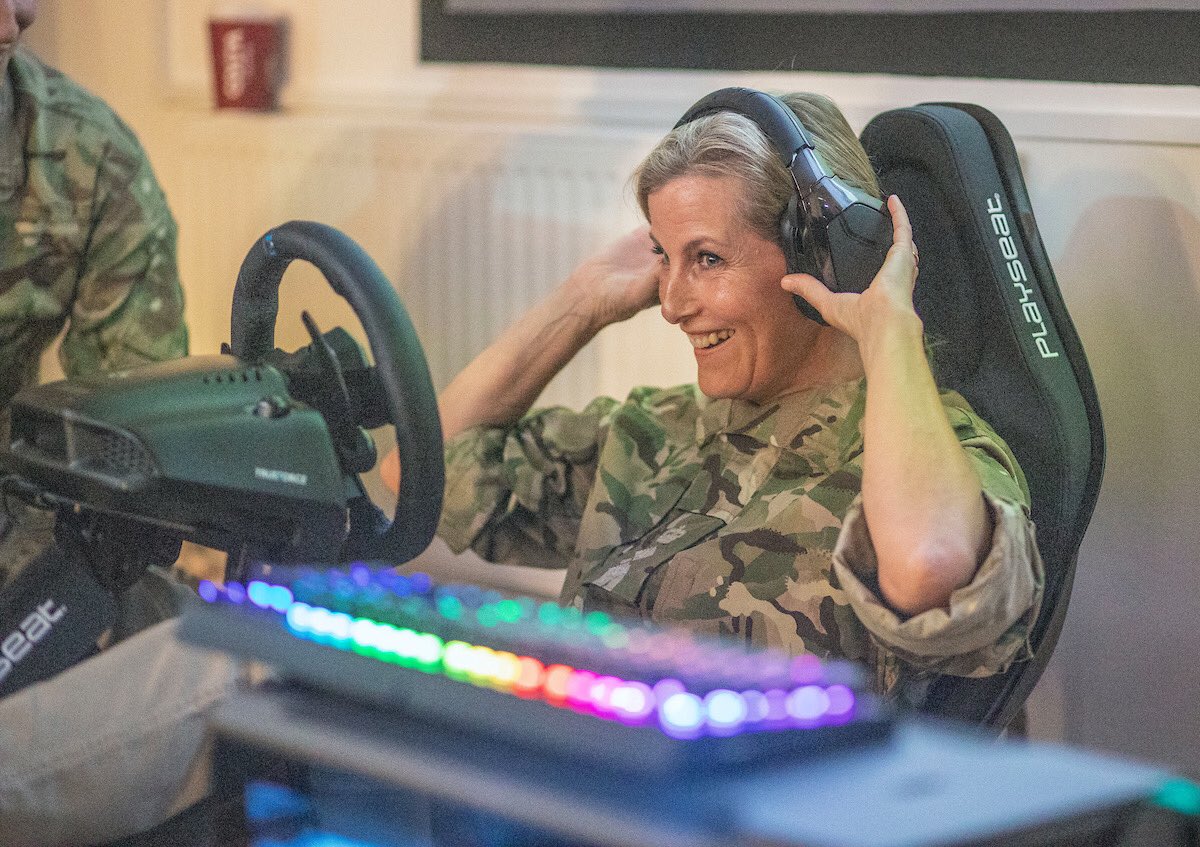 Sophie played Dirt Rally 2.0 in one the challenges. (@Royal Family)

Whilst attending the competition, the countess spoke to military personnel who were competing in the competition. There was also a fly over from the Red Arrows.

5th Battalion The Rifles secured victory for the Army in this year’s The Countess of Wessex Cup with the Royal presenteing the cup to the winners.

Her Royal Highness presented the trophy to the winning team. (Royal Air Force)

The Countess has a number of military connections: she is Colonel-in-Chief for Queen Alexandra’s Royal Army Nursing Corps, and the Corps of Army Music; the Royal Colonel of 5th Battalion The Rifles, and the Lady Sponsor of HMS Daring.

Sophie is also the Colonel-in-Chief for two Canadian regiments – the South Alberta Light Horse as well as the Lincoln and Welland Regiment.

Wing Commander Jeremy Case, Station Commander at RAF Wittering, said: “The atmosphere has been one of cooperation and friendly competition, a valuable part of life in the Armed Forces that helps foster esprit de corps.

“Our project officers have done a great job in designing and organising today’s event which was enjoyed by all, including Her Royal Highness.”