The Earl and Countess of Wessex paid a visit to St George’s Chapel this afternoon, to view tributes left by members of the public in memory of The Duke of Edinburgh. Lady Louise also joined her parents.

Whilst looking over handwritten letters from children, The Countess could be heard saying ‘how sweet’ the tributes were, before speaking to the Earl about the amount of bouquets that have been gathered and placed on the grounds at the chapel. 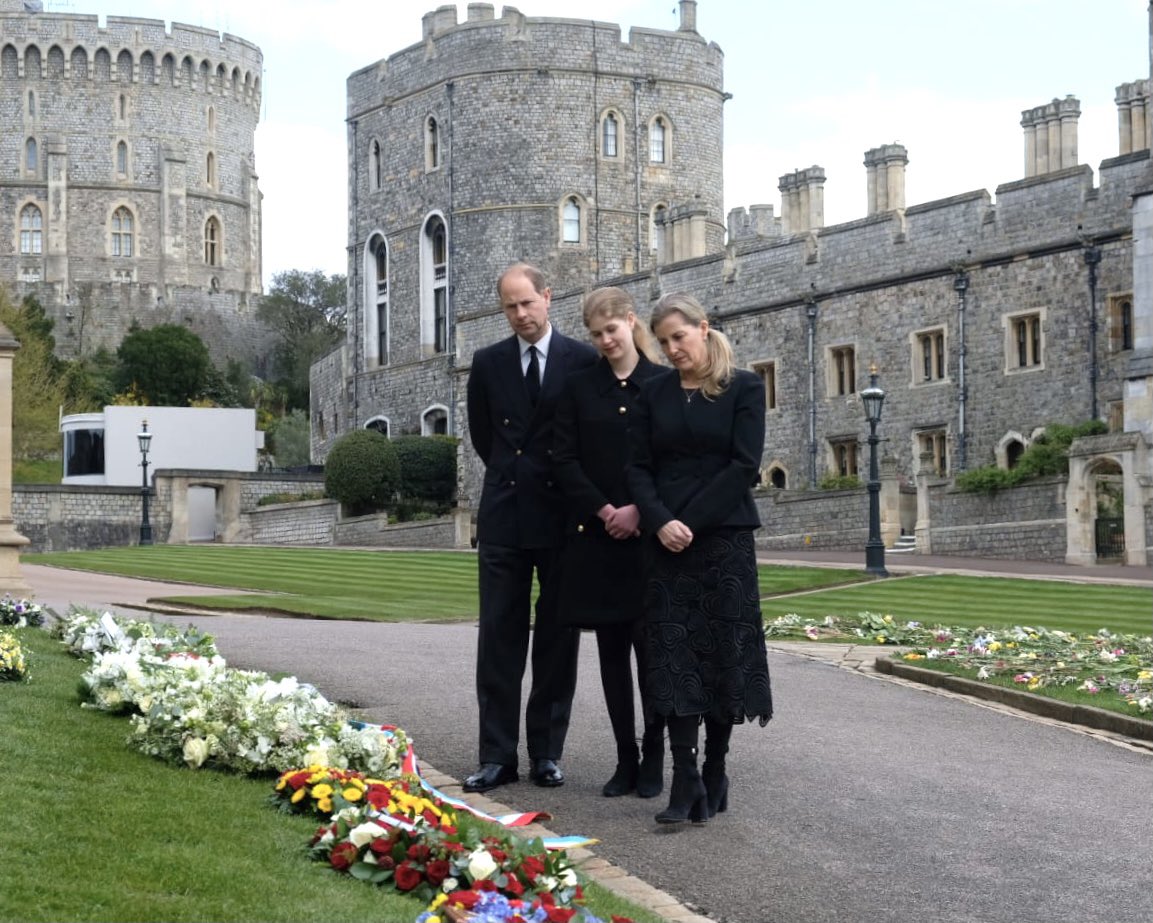 The trio paid a visit to St George’s Chapel to see the floral tributes in memory of The Duke of Edinburgh. (IMAGE: Royal Family/Twitter). 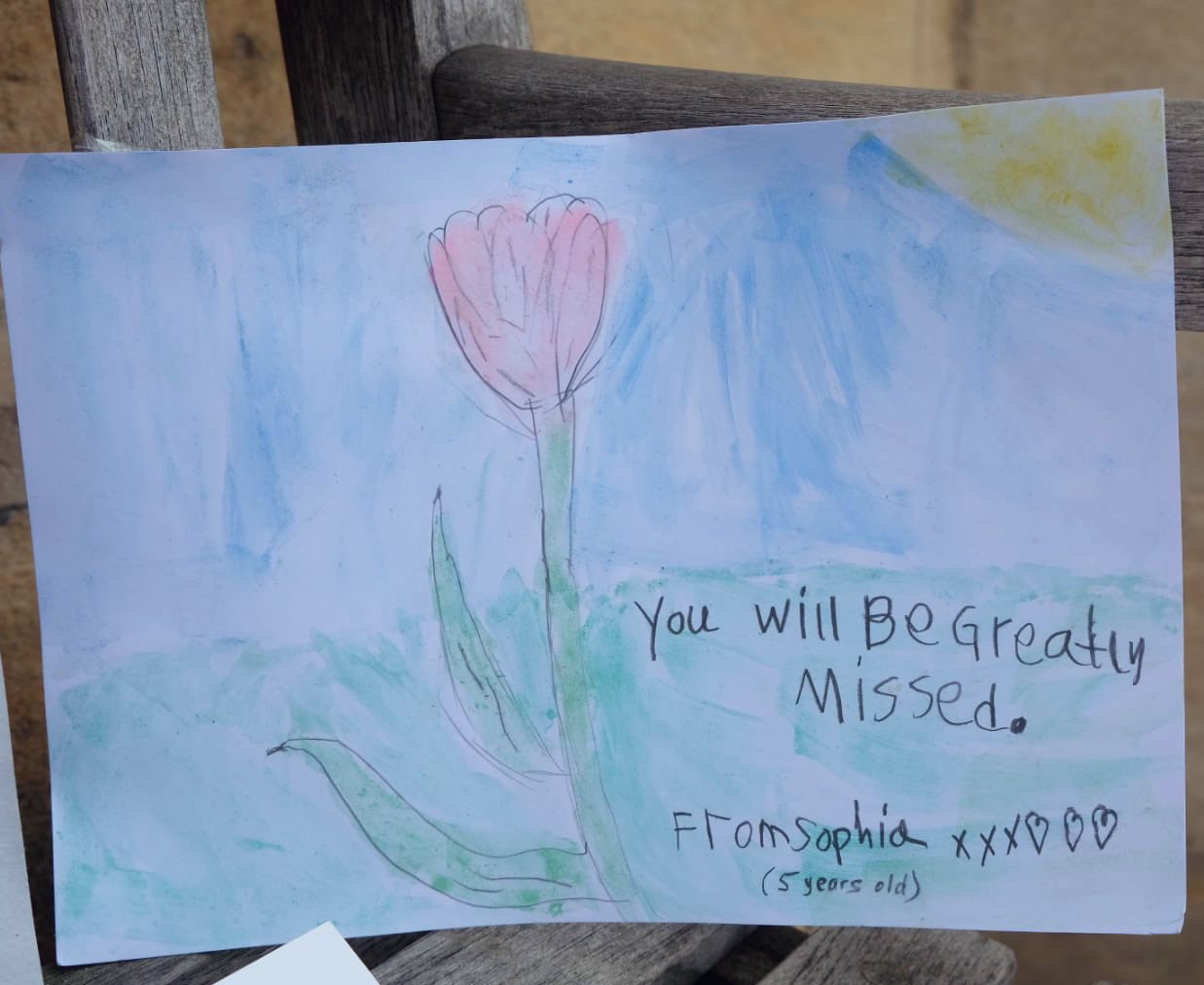 Thousands of tributes have been left outside royal residences since the death was announced. (IMAGE: Royal Family/Twitter).

The trio who were visibly moved by the kind words and tributes from the public, including tributes from Prime Minister Boris Johnson, Scotland’s First Minister Nicola Sturgeon. A tribute from the Royal Navy also features, which the Duke was associated with for much of his life. 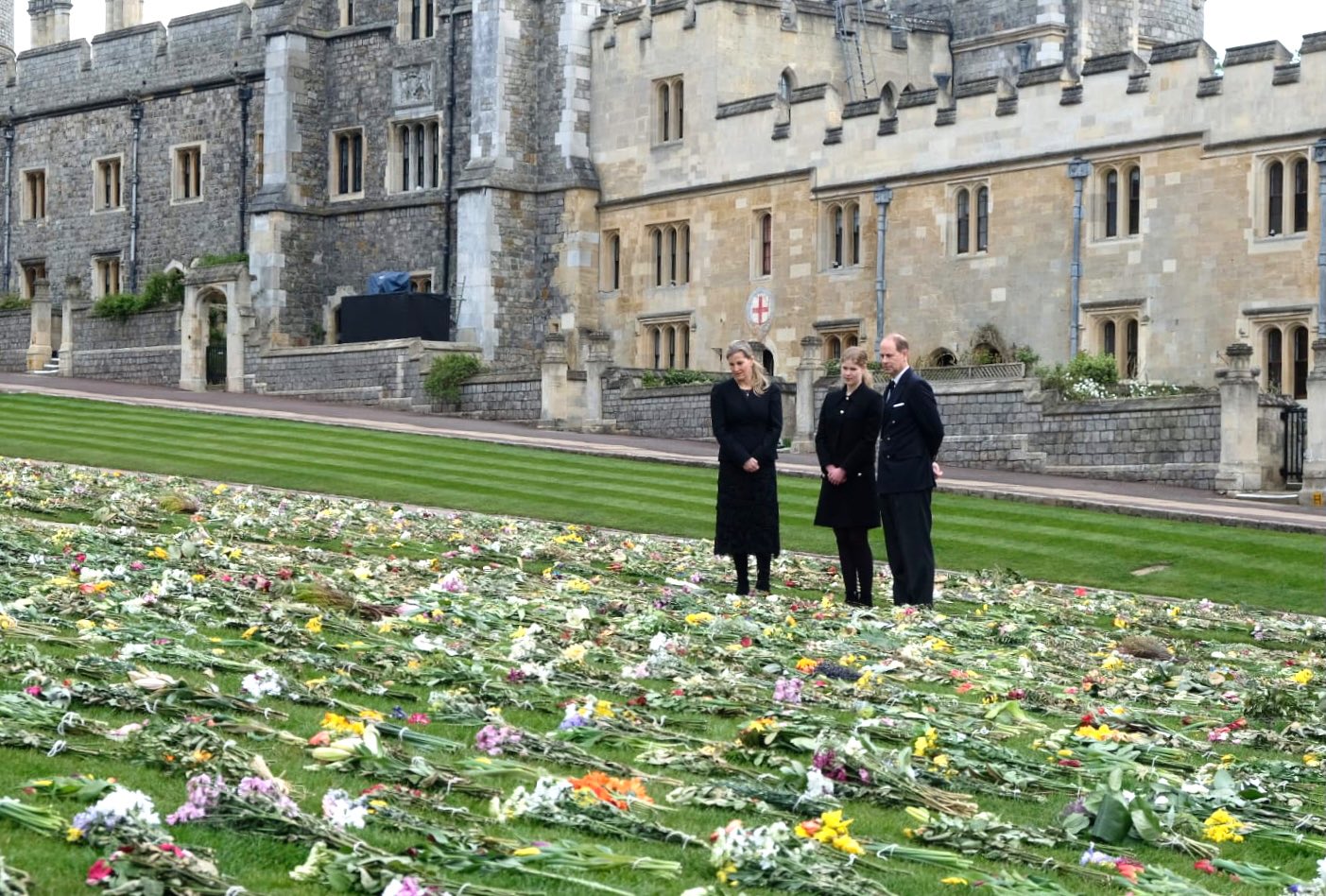 The Countess noted how sweet all the tributes had been upon visiting the Chapel. (IMAGE: Royal Family/Twitter).

The appearance of the three Royals is the first official engagement since the service at The Royal Chapel of All Saints on Sunday, where Prince Edward thanked the public for the ‘extraordinary tributes and the memories that everybody has had and been willing to share’. Whilst Sophie described his final moments as ‘gentle’ – ‘as if he were taken by the hand’.

Yesterday, The Prince of Wales and Duchess of Cornwall carried out their first public engagement since the death of Prince Philip was announced. The Duke passed away on the couple’s 16th wedding anniversary.

The couple visited Marlborough House Gardens, where they both spent time looking at flowers and cards that members of the public had laid outside both Buckingham Palace and St James’s Palace after The Duke of Edinburgh’s death.

Prince Edward and Sophie, The Earl Countess of Wessex and their daughter Lady Louise Windsor attend a church service at the Royal Chapel of All Saints at Royal Lodge, Windsor, following the death of Prince Philip

Officially, the Royal Family have asked the public to sign a book of condolence or were advised to make a donation to a charity they support to prevent any breach of Covid guidelines.

The pandemic didn’t stop the public from paying their respects in the traditional manner by laying down flowers, with words attached.

The flowers have been collected at the end of each night to prevent a spectacle which might attract a large crowd. Tributes and flowers have been laid outside all royal residences including Sandringham, Windsor Castle and Buckingham Palace.

Buckingham Palace announced The Duke of Edinburgh’s ceremonial funeral will take place on Saturday 17th April at 3pm in St George’s Chapel. The funeral, in line with government regulations, will be attended by 30 members of the Royal Family, including The Duke of Sussex.

Yesterday, the Palace announced more details for the funeral of The Duke of Edinburgh including those who will be attending including The Earl and Countess of Wessex and Lady Louise.