The hauntings of Windsor Castle…?

Windsor Castle is the oldest occupied castle in Europe and has stood since 1070, when it was built by William the Conquerer. Windsor has been remodelled many times since by many monarchs, most notably after the 1992 fire which devastated some of its historic rooms.

Normally, it is The Queen’s weekend and Easter residence, but has become her full-time home during the Coronavirus pandemic.

With over 1,000 years of history, Windsor was never going to escape an alleged haunting. The castle is rumoured to have over 25 ghosts, including some members of the Royal Family and other historical figures. To mark Halloween, The Crown Chronicles is going to take you behind the pomp and beauty of royal residences and show you to their dark side. So, without further ado, let’s meet the ghouls that might be joining The Queen shielding!

Wykeham served as one of the key architects for reconstruction at Windsor Castle, and he’s reportedly still around to this day. William of Wykeham oversaw the reconstruction of the Upper Ward, which included the gatehouse and new royal apartments in the 14th Century. He died in 1404 and chose to stay around.

While staying at Windsor Castle, The Queen does not have the novelty of being the only monarch present – she’s actually one of six monarchs that hang around the residence and the Tudor court still looms large. Henry VIII has been spotted by numerous witnesses wandering around the rooms of the Castle. He’s also been heard dragging his feet and moaning in the cloisters. Those who have seen him say he looks quite agitated, sometimes shouting. And you would be agitated to, if you were stuck for eternity with your second wife who you had beheaded… 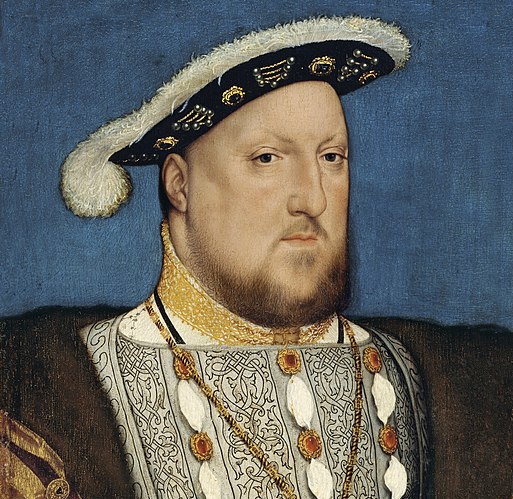 Yes, poor Anne Boleyn, who was executed on false charges conspiracy and adultery is certainly not resting in peace. She has been seen by many, weeping in a window of the Dean’s Cloister.

But she’s not alone, not only does she have her husband for company – but their daughter too!

Queen Elizabeth I was monarch for 44 years, but did she truly leave? The Virgin Queen has been seen floating around the royal library at the castle and into another room, but she gives a warning before she appears. Apparently, you can hear the sound of her heels on the floorboard beforehand…

Both George III (we’ll get to him later) and Edward VII have claimed to have seen her in a black gown and George VI claimed he saw her on eight consecutive nights at the beginning of the Second World War.

Charles I may have lost his head in 1649, but has been seen whole by witnesses in a Canon’s house in the precincts of the Castle.

He is joined by George III, who has been seen by many peering from a window of the Castle in the room he was regularly detained when taken to Windsor during his most severe bouts of mental illness.

Many monarchs have put their stamp on Windsor Castle, but Edward VIII was stopped by the spirit of his great-grandmother! Edward’s controversial lover Wallis Simpson had ideas for several renovations she wanted to make to the castle and its grounds, one of them included removing trees planted by Queen Victoria and Prince Albert. The trees stand to this day, so how can that be? Well the workers were apparently scared away by the spirit of Queen Victoria waving her arms and moaning loudly… we’re not really sure about this one either! 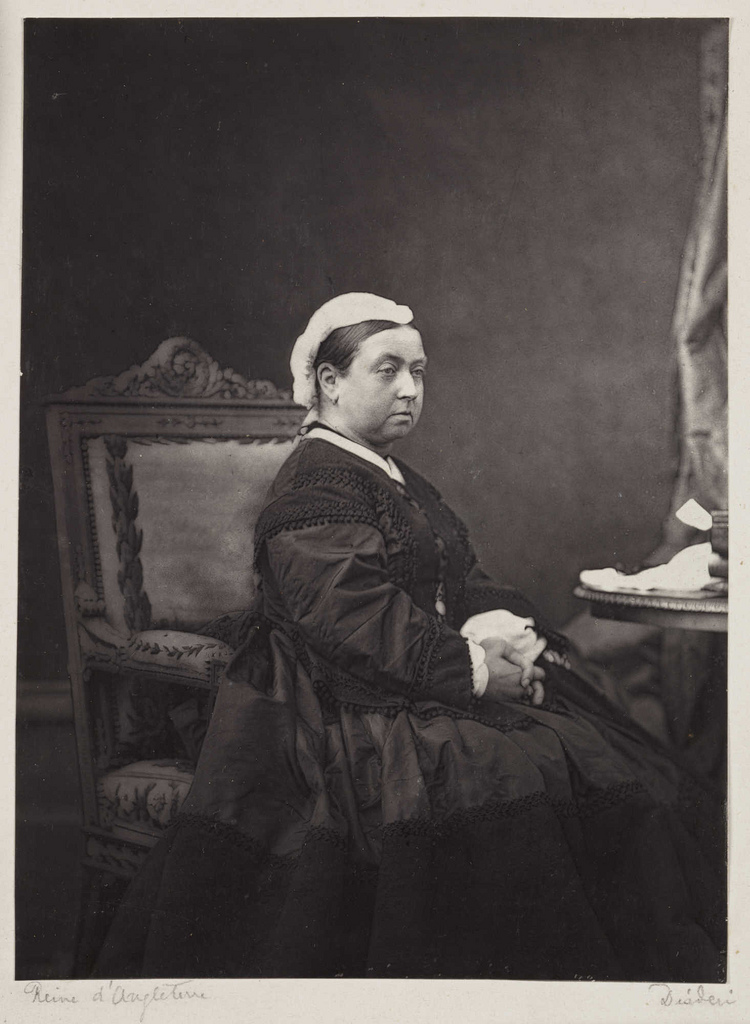 The Duke of Buckingham – and rumoured lover of James VI and I – can be seen in one of the bedrooms of the ancient castle. Villiers is apparently a lot calmer than many of the ghosts who remain…

Herne The Hunter is a very famous ghost associated with the Castle and he has been frequently seen in the Great Park. Legend has it that Herne became the favourite huntsman of Richard II when he saved him from a cornered stag. Herne was mortally wounded.

But rumour has it that he was healed through witchcraft, which involved tying the stag’s antlers to his head. His friendship with the monarch and his skills made people around him jealous, however, so they framed him for theft. Ashamed, he hung himself on a tree now known as ‘Herne’s Oak’ in Home Park. 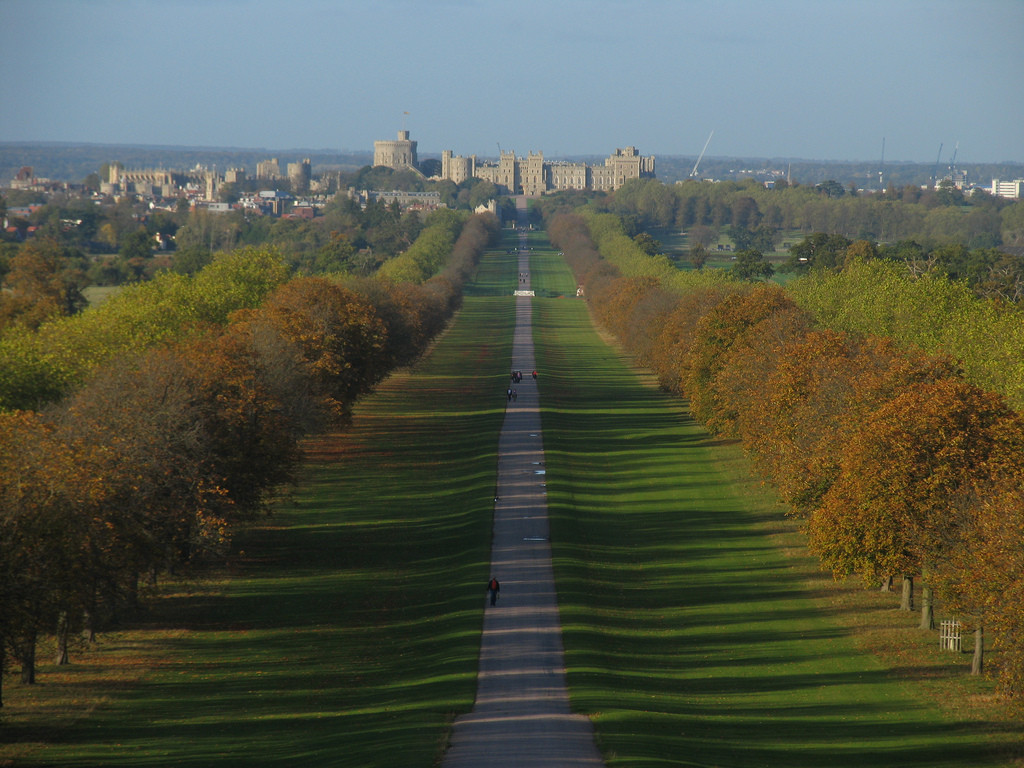 Another version of Herne’s tale became popularised after his appearance in Shakespeare’s play, The Merry Wives of Windsor. In this version, he is a former Windsor Forest keeper, who haunts a particular oak tree at midnight in the winter and had stag horns himself. Herne would shake chains and cause cattle to produce blood instead of milk!

For all the known ghosts however, there are ghosts we know nothing about. A little boy can be heard shouting “I don’t want to go riding today!” in the Deanery, and is also rumoured to be the source of footstep sounds in the same building.

The Norman Gate – the entrance into the Upper Ward near the Round Tower – is home to an unknown Royalist prisoner from the Civil War, but he has only ever been seen by children; adults have instead felt him brush past.

In the kitchen, the ghost of a man and a horse has been seen walking through a wall. The kitchen was once the Castle’s cavalry stables so that would explain this seemingly-unusual location for a steed.

The same kitchen also has the ghost of a little girl in blue who stands by a Christmas tree, she is sometimes accompanied by a “white lady”.

The Long Walk is haunted by the ghost of a young Grenadier Guard who reportedly shot himself while on duty in the 1920’s.

The Curfew Tower, located on the bend of Thames Street, is regularly filled with the sound of footsteps with no body accompanying them. On one occasion the temperature dropped and the bells started to swing by themselves!

Members of The Royal Family attend a service for the Most Noble Order of the Garter at St George’s Chapel, Windsor Castle, Windsor on the 17th June 2019.

Now we’ve covered the living dead, what about ghost statues? Well in 1873, a nighttime visitor noticed new statues had been erected near St. George’s Chapel. They were of three standing figures, all dressed in black, with a fourth figure crouching down. The statue in the middle held a large sword and appeared to be preparing to strike the crouching figure with it. The visitor mentioned the statues to a guard in passing, but he knew nothing about it. When the visitor returned to take another look, they had vanished!

And so we come to an end of our tour of Windsor Castle’s ghosts – we hope it didn’t scare you too much. Make sure to keep an eye out for our next article in this series.

The Tower of London’s ‘Queen’ raven is missing...

Watch carol services from the Chapels Royal at...

Clocks go back at royal residences – which...