8 reasons constitutional monarchy is the best form of government

Why is Constitutional Monarchy a good thing? Picture by i-Images / Pool

While a number of examples relate specifically to the British Monarchy, most of these reasons are applicable to the other Monarchies of the world, and we have tried to include some broader examples and statistics.

1) Having a Monarch unites the people

A figurehead represents the people: politicians represent only their party, not the entire nation. As such, a Monarch can steer them through the hardest of times – take George VI and Queen Elizabeth during WWII. Their presence enabled Londoners to deal with the Blitz, and with Buckingham Palace taking hits, they understood how the locals felt.

Events like jubilees and coronations give us not only days off (yay!) but also bring us together in national pride, and leads to that oh-so-British event of the street party, seen for the coronation and the Diamond Jubilee.

It isn’t very often that crowds gather when a politician is in town – but when a royal visit is announced, the Union Flags come out and flowers are purchased to hand over as a sign of respect.

Governments come and go – they can even be toppled – but Monarchy endures. The continuity a Sovereign brings to their country ensures stability through a single figure, who often has the power to intervene should a situation require it, assisting in running the state as part of a system of checks and balances.

Political scientist Victor Menaldo finds that from 1950 to 2006, Monarchies in the Middle East offered much more stability than other forms of government; they are more likely to survive in office, and help keep factions and extreme groups in check, like Morocco, Jordan and Saudi Arabia.

3) Monarchy is cheaper than a republic

We’re not going to explain funding of the British Monarchy to you again – you can read all that here. But presidencies generally cost A LOT more – we only need mention President Trump’s continued visits to Mar a Lago, estimated to cost $1-3million per go. The French President costs £103.5 million, and this article puts the presidency of the nation of Italy in the region of £193 million per year, functioning in a similar capacity to a Sovereign, with a Prime Minister running the government.

Politicians are always said to be untrustworthy – making promises before an election, then going back on them afterwards. Polls show that now, more than ever, politicians are not considered to be trustworthy. Petra Schleiter and Edward Morgan-Jones suggest that governments with constitutional monarchies are more likely to consult their people with early elections, in comparison to both appointed and directly elected presidents.

Andreas Bergh and Christian Bjørnskov find that social trust is higher in monarchies, which is associated with lower crime and lower corruption.

Lastly, Transparency International’s corruption perceptions index shows that in the top 10 countries for transparency and absence of corruption, seven of them have a King or Queen as Head of State. These are Denmark, New Zealand, Sweden, Norway, the Netherlands, Luxembourg and Canada. See!

5) Monarchy is good for the economy

Former Bank of England rate-setter Tim Besley wrote a paper suggesting countries with ‘weak executive constraints’ that went from a non-hereditary leader to a hereditary leader (ie a Monarchy) increases the annual average economic growth of the country by 1.03% per year – that is a lot! 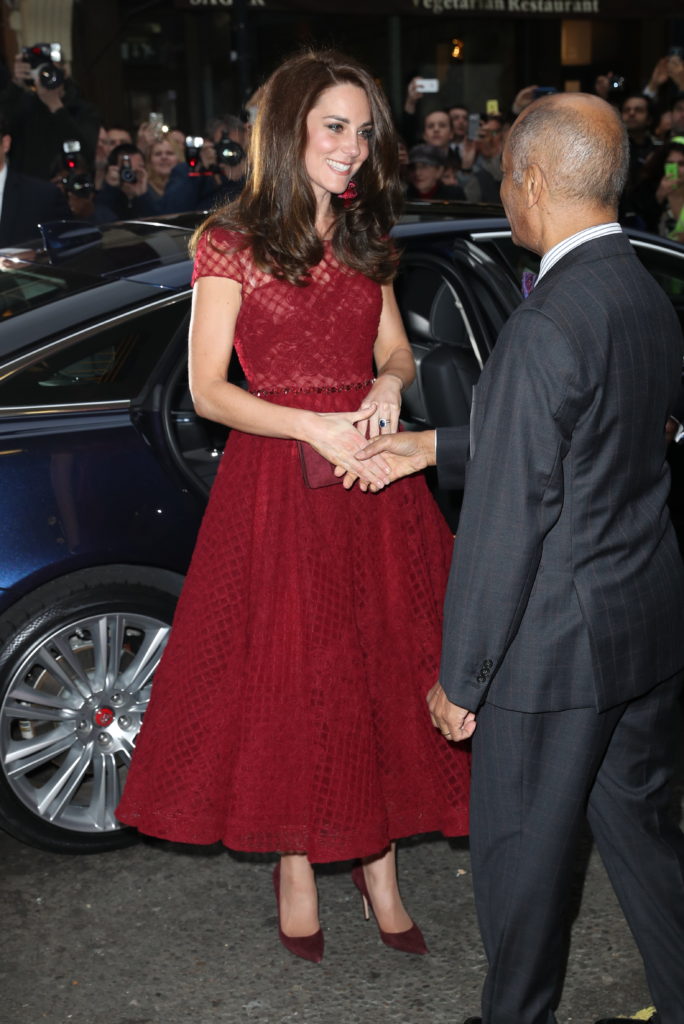 Catherine, Duchess of Cambridge, is attributed with pumping £152 million into the fashion industry. (Stephen Lock / i-Images)

A phenomenon called the ‘valley of tears’ – a period of stagnation after institutional reforms – is not only less, but doesn’t appear in Monarchies.

Nations with monarchies also ‘do pretty well in terms of their economic framework’. In the World Bank’s ‘ease of doing business index’, five of the top ten have monarchies: New Zealand, Denmark, Norway, the UK and Australia.

The British Royal Family contributes £1.155 billion into the economy, taking £535 million in tourism in 2015. The fashion industry has also experienced the effect: the ‘Kate effect’ of brands ‘worn and endorsed’ has seen £152 million pumped into the industry. £101 million is attributed to the ‘Charlotte Effect’ and £76 million to the ‘George Effect’.

In China, The Queen and Royal Family has an impact on the perception of brands, meaning consumers are more likely to buy it if seen on a Royal.

6) Monarchs have morals – their job is for life

Heirs to the throne are usually raised to know their position and to learn the ropes of their future job. This makes them more experienced than the politicians who govern the country.

The fact the role is life-long (very few Monarchs abdicate, save the Dutch, for whom it is tradition) means they can’t be bought: they can’t gain more power without lots of rule changes in Parliament and they don’t need the money.

Save a few rogue leaders in the past, they also want to try the best for their people – no one wants to be remembered in a bad light: Japanese Emperor Hirohito advocated for surrender after WWII, despite the military wanting to fight on, and he saved thousands of lives. And remember the coronation oath that British Monarchs swear? They ‘solemnly promise’ to govern ‘according to their respective laws and customs’, as well as use ‘Law and Justice, in Mercy […] in all judgements’, as well as protect the Church of England.

Governing a country is hard work – just look how soon new leaders start showing their greys! Separating the positions of Head of State and Head of Government means that the work-load is split: ceremonial work at home and abroad (such as handing out honours, hosting and undertaking State Visits) is taken care of by one party, meanwhile, the Prime Minister can focus more on running the country.

Soft diplomacy is also a great weapon, and is currently being deployed in the UK as Brexit negotiations begin, with the Cambridges having visited Paris, and Prince Charles and Camilla having completed a tour of central Europe.

This sense is seen by the British people: 76% support constitutional monarchy in the country, a 2016 poll shows, and 75% also believe the Monarchy has an important role to play in the future of the UK.

8) Important causes and issues are highlighted

Royals can highlight the need for debate on certain topics through their charitable works, whilst remaining above politics. Prince Charles, for example, has been campaigning on environmental issues for decades, and Diana, Princess of Wales, managed to shift opinion about AIDs, and her work saw land mines banned internationally. Currently, The Duke and Duchess of Cambridge and Prince Harry are attempting to remove the stigma surrounding mental health. Would these things happen otherwise?

Garden parties recognise the work in our communities. Picture by i-Images

Garden parties and honours recognise the unsung heroes of our communities, which a Prime Minister or President wouldn’t necessarily have the time to do. People would generally rather be invited to a Palace than a political building, wouldn’t they? There’s something quite special about walking down the corridors of centuries-old palace.

Tell me about… Visiting Sandringham on Christmas Day

The Monarchy in New Zealand

Very fascinating!
I’ve always been a big believer in constitutional monarchy and more so of the British royal family.
This article is very well written and I couldn’t have agreed more.
Keep up the good work.

bECAUSE WHEN aMERICA WON THEIR WAR OF INDEPENDENCE THEY DID NOT WANT ANYTHING TO DO WITH THE BRITISH GOVERNMENT. IF THEY DECIDED ON A MONARCHY IT WOULD LOOK LIKE THEY HAD FOUGHT THE WAR FOR NOTHING.