A new BBC film, ‘The Scandalous Lady W’, is to be released next month, depicting the infamy of a Georgian lady. 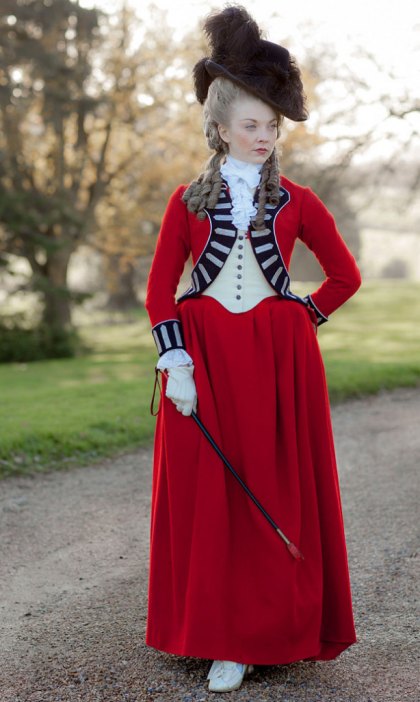 Natalie Dormer will portray the infamous lady (BBC/Wall to Wall)

It is reported that Lady Worsley had 27 lovers during the first six years of her marriage, a shock to 18th century society in itself. But even more shocking is that her husband not only condoned the affairs, he often arranged them – and then spied on the amorous couple through the bedroom keyhole.

In 1781, unhappy with her marriage, Lady Worsley eloped with Captain George M Bissett, who had also been Sir Richard’s closest friend and neighbour. Richard then took Bisssett to court for £20,000 damages, and though his case appeared strong, the revelations of the criminal conversation trial saw him lose.

Lady Worsley allowed it to be revealed that she had taken 27 lovers at the behest of her husband, and asking her former flames to testify. The men mentioned that Sir Richard was often complicit through not questioning what his wife was doing; her doctor reported he had given Seymour treatment for a sexually transmitted disease, and one lover noted that as he was leaving after a night in Lady Worsley’s bedchamber, he found Richard in her dressing room, but was allowed to leave unchallenged. Another told of how Richard allowed him to watch through a window as his wife dressed, as did George, clearly showing the jury his involvement.

The information ‘devalued’ Seymour in the eyes of the law, and he received just 1 shilling of his £20,000 claim.

Natalie Dormer compared the Worsely’s situation to the very public relationship issues and divorce of Nigella Lawson and Charles Saatchi: the Worsleys ‘destroyed each other’s lives for a decade, fighting in the public arena of the British tabloid press. Nigella divorces Saatchi and we’re bored of it after a month. This lasted nearly 10 years,’ she said. 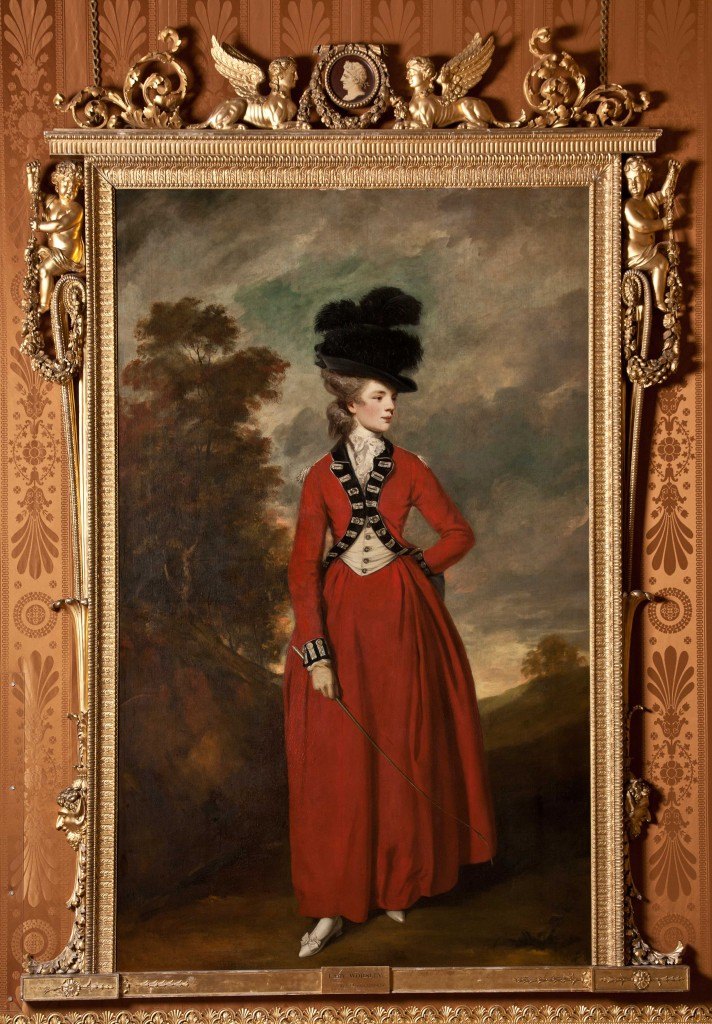 Lady Seymour Worsley, by Joshua Reynolds, with thanks to Harewood House Trust

The dialogue of Lord Deerhurst’s testimony was also reported in print at the time; twice he ‘appealed to the judge’ on how to answer a question about his affair with Seymour, denoting the awkwardness of the trial, as such public revelations were rare. People reportedly queued down the street to buy copies of the court transcripts, and read the latest scandalous secret to be revealed.

Dormer further said that she was ‘thrilled’ to be playing a lady ‘so ahead of her time’.

“Though our story is set in the 18th century, it challenges and explores the issues still fully relevant today of freedom and equality. To be home in London shooting with such a talented ensemble in front and behind the camera is a real treat,” Dormer finished.

Seymour married Richard at the age of 17 on the Isle of Wight. She was the younger sister of Jane Stanhope, Countess of Harrington, who was described as a ‘paragon of virtue’.

The couple had a child, a boy named Edward, and Lady Worsley bore a second child, Jane Seymour Worsley, in August 1781. It is thought that Bisset was the girl’s father, but Sir Richard claimed as his own to avoid scandal.

Lady Seymour became a part of the ‘Devonshire set’. While not in the inner circle of the well-known Georgiana, Duchess of Devonshire, she regularly attended her parties, renowned for their gambling, drinking, and sexual libertarianism. 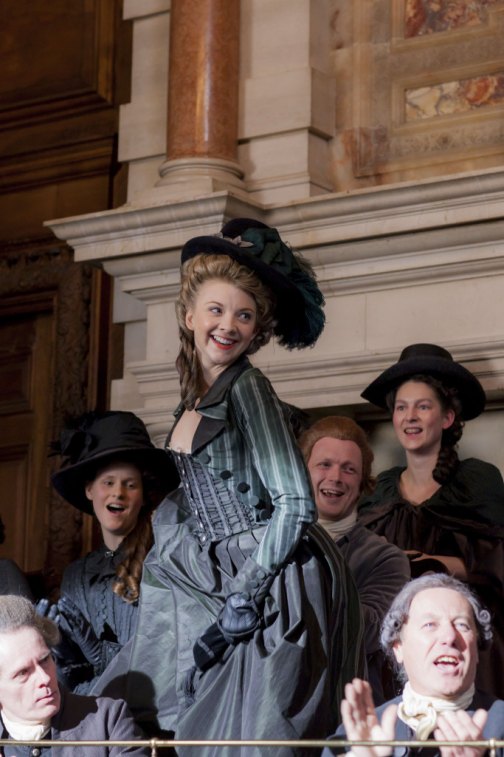 The film features a number of sex scenes portraying Worsley’s active love-life; this includes a scene with Seymour, her husband and George Bissett in bed together.

Seymour’s husband sought separation (not divorce) after Bissett left his mistress, and she was forced to become a professional mistress to survive, as she could not remarry while Sir Richard lived. Lady Worsley was later forced to leave for Paris in order to avoid her debts.

Hallie Rubenhold, author of the book on which the film is based said: “So much of what we see on-screen really happened.

“If you’ll pardon my French, the word ‘f—’ and the word ‘bitch’ were used very regularly in 18th century parlance. There is a fantastic line, ‘If that bitch comes in here again I’ll shoot her’ – that’s actually taken from a deposition statement.”

‘The Scandalous Lady W’ will be broadcast on 20th August on BBC2.

You may also purchase the DVD here or the book below.