‘I’m not a big enough man’ for the job of King, said Edward VIII’s letter to mistress

A letter to his mistress has revealed the Playboy Prince, Edward VIII, had doubts about his future as King decades before he abdicated.

Written to mistress Freda Dudley-Ward during a tour of Canada in 1919, Prince Edward spoke of his fear of succeeding his father as Monarch: “I really am down & out to-night sweetheart & feeling like death as I’ve never taken such a hopelessly miserable & despondent view of life as I do now,” the letter reads.

Edward VIII did not think himself deserving of his Military Cross. (Gthawk_63)

“It’s hell and all on account of having had to do the P of W [Prince of Wales] stunt & play to the gallery till I can do it no more.

“I feel I’m thru and realise as I’ve so often told you sweetheart that I’m not 1/2 big enough man to take on what I consider is just about the biggest job in the world.”

Freda Dudley-Ward was The Prince of Wales’ mistress from 1918 to 1934, before he fell in love with twice-divorced American, Wallis Simpson.

A stamp collector found the item in a trunk, and it is being sold at auction in Nottingham. Estimates are that it will fetch £1,200.

The letter shows that even 17 years prior to taking the throne, and then renouncing it, Edward doubted his ability to fulfil the role of King. 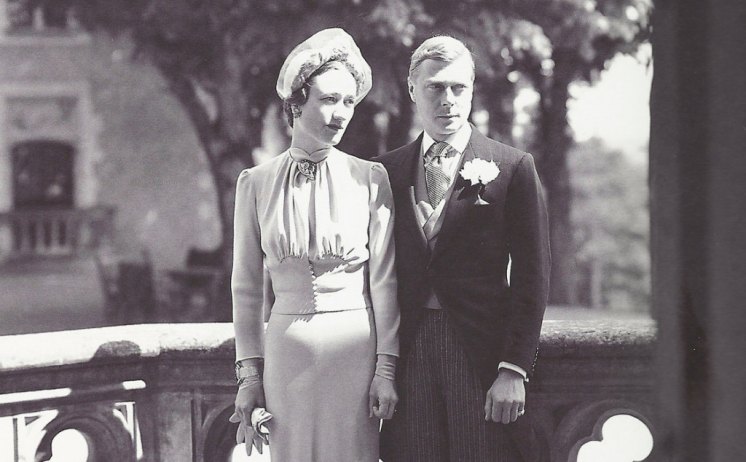 The Duke and Duchess of Windsor: Edward VIII on his wedding day after marrying Wallis Simpson in Paris. (Library and Archives Canada)

He became King in January 1936 when his father died, but caused a constitutional crisis by abdicating 11 months later, choosing love over duty. This lead to his younger brother, Albert taking the throne as George VI.

Richard Davie, of International Autograph Auctions, said: “It is well documented that the Prince of Wales had doubts about being King and others also doubted he was right for the role.

“I think it is fascinating this self-doubt was in his mind almost two decades before he took the throne.”

David, as Edward was known to members of his family, also made comments about his parents, King George V and Queen Mary:

“I owe my Mama 2 letters & my father 3 tho they do write such balls that they are hardly worth answering.”

This is not the only letter to show the Prince’s doubts in his position. A letter from 1916, as the First World War was raging, shows David did not feel he deserved the Military Cross he was awarded.