Tomorrow, Buckingham Palace begins its Summer Opening once more, allowing thousands of people through the doors of the Palace to take a look at The Queen’s central London home.

This year’s exhibition focuses on the hospitality of the Palace: State Visits, receptions, Garden Parties, Investitures and private audiences. The State Rooms will recreate the settings for these occasions, and will show the detailed preparations that go into each event, with the exhibition entitled ‘A Royal Welcome’. It runs 25th July – 27th September 2015.

For the first time ever, visitors will enter the State Rooms through the Grand Entrance, used by those who come to the Palace at the invitation of The Queen; this is also where Royal wedding parties arrive following the ceremony, and where Her Majesty leaves for the State Opening of Parliament, Trooping the Colour, and other ceremonial processions.

State Banquets generally occur during a State Visit, a formal visit by a foreign Head of State, in order to strengthen Britain’s relationships with another country. Over the course of her reign The Queen has welcomed 110 Heads of State, mostly hosted at Buckingham Palace, with some at Windsor Castle. Such important events are planned meticulously, with arrangements being made around 12 months in advance.

The Ballroom is used for the event, so will be set up for a State Banquet, with the table dressed to impress. Silver-gilt centrepieces and candelabra from the magnificent Grand Service in the Royal Collection will feature, as well as 2,000 pieces of cutlery, and for 170 place settings. The preparations are so detailed and time-consuming, a specially commissioned time-lapse film will be shown in order to give visitors an idea of the work.

The table takes three days to set, with each guest allocated 46cm for their place setting; napkins are folded into a Dutch bonnet shape, and menus are in French, which The Queen personally checks over before printing, being a fluent French speaker.

Four staff man a station, of which there are 19, to serve guests, A page, footman, under butler and a wine butler work together to serve a number of people at the table, and they a traffic light system to serve; the lights are discreetly placed around the room, so that guests are fed together, and the operation runs smoothly.

Gifts that The Queen has received over the years from incoming Heads of State will be showcased, as will a number of outfits and jewels she has worn to State Visits. This gives guests a real chance to see some of the most splendid diamonds in the world up close.

Also on display will be some of the important ‘tools of the trade’ used to help create the amazing foods served to guests. From the copper moulds used to create ‘chocolate bombe’ desserts (some of which have been in use since the 19th century), to the red leather seating-planner, these will help show visitors just how much work is involved in such hospitality.

Visitors will even get the chance to look into Buckingham Palace’s extensive wine cellars, holding over 25,000 bottles. The oldest in there dates back to the 1660s!

The Australian State Coach, which has been used for such journies involving Heads of State and the State Opening of Parliament, will also be displayed for visitors. 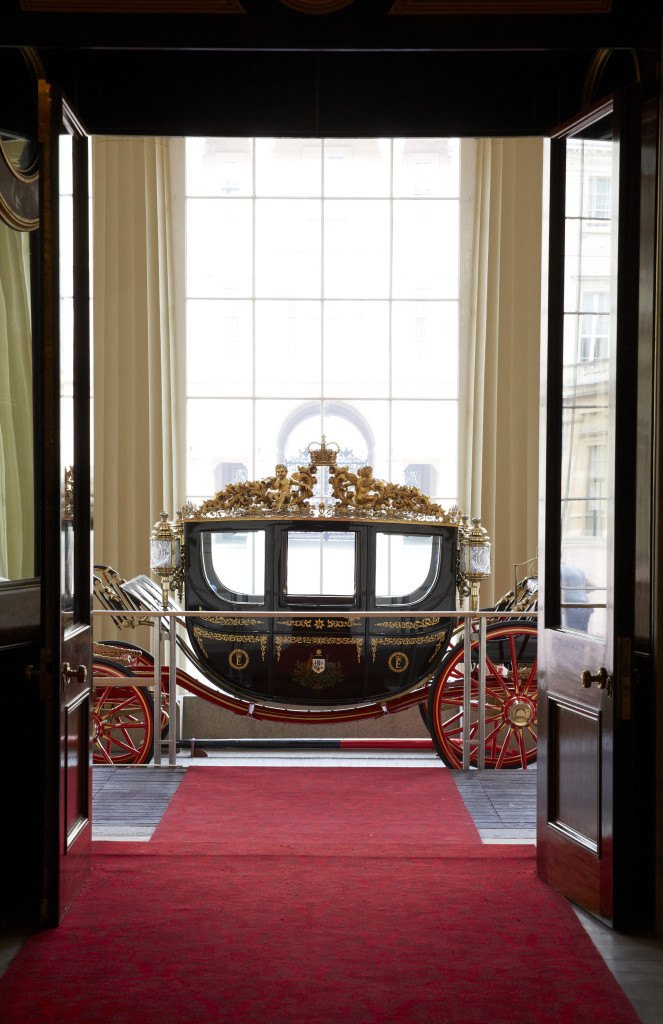 The famous Buckingham Palace Garden Parties will also feature in the exhibition. A minimum of three take place each year, with over 27,000 cups of tea, 20,000 sandwiches and 20,000 cakes consumed, by 8,000 guests. The tradition was begun by Queen Victoria in the 1860s, and photos and films of historic gatherings held in the gardens will be available to view, along with a number of the outfits worn by The Queen, all carefully chosen for the occasion.

The knighting stool and a knighting sword used to confer knighthoods will go on display, too; around 25 investitures take place each year, mostly at Buckingham Palace, by a senior member of the Royal Family. 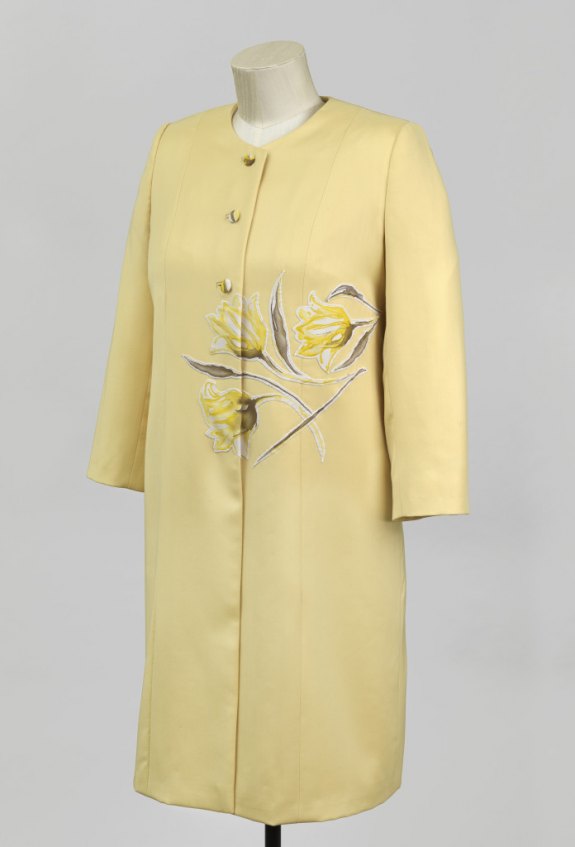 Worn by The Queen to a garden party in 2014 – Royal Collection Trust/Her Majesty Queen Elizabeth II, 2015

A guidebook has been published to accompany the exhibition; ‘A Royal Welcome’ by Anna Reynolds will be on sale at the Palace, or can be ordered online, RRP £9.95.

Book your tickets to see the exhibition here.