LIVE: The State Opening of Parliament

Our editor, Chloe Howard, is right outside the Palace of Westminster to watch the State Opening of Parliament. She will be live-reporting the ceremony, with pictures too.

Yesterday, we gave you a run down of the proceedings of the opening, and you can read more about the traditions and history of this annual observance here.

Dignitaries, Lords and MPs begin to arrive at Westminster. 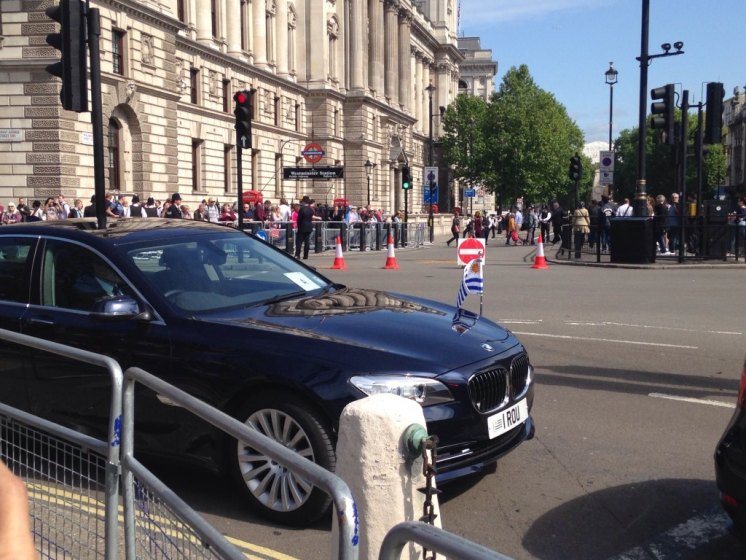 10:17am
Justices begin to arrive at Westminster, noticeable by their wigs!

11:00am
The Imperial State Crown and Robe of State arrive at Westminster, travelling in their own coach!.

11:02am
People get a Birdseye view 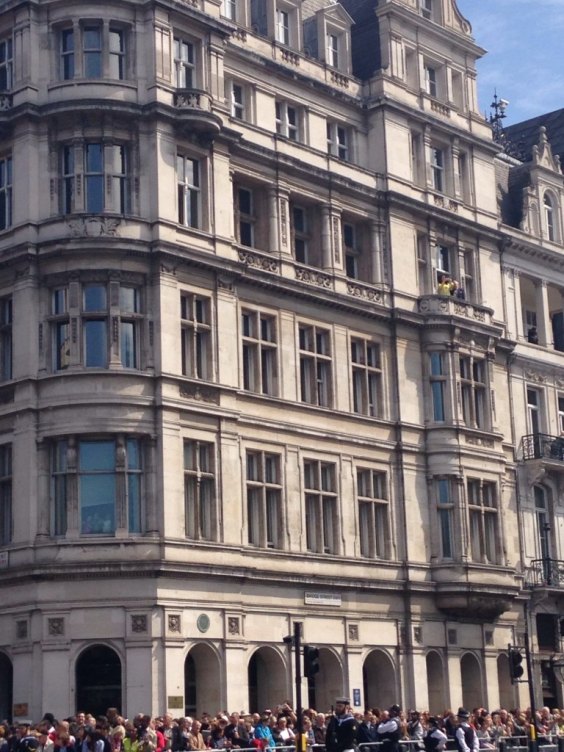 11:05am
The Prince of Wales and Duchess of Cornwall arrive at Westminster ahead of The Queen.

11:10am
Her Majesty and The Duke of Edinburgh arrive at Westminster in the Australian State Coach, where the crowds cheer and applaud her. Any protesters are drowned out by the cheers for The Queen.

The Princess Royal follows in a open coach behind.

11:12am
The Royal Standard is raised above Westminster, denoting Her Majesty is in the Royal Palace.

Her Majesty is currently giving her speech, which outlines the government’s plans for the year.

The speech is finished and The Queen makes her way outside to the Australian State Coach, heading back to Buckingham Palace.

The ceremony begins and The Queen is robed, and sits on her throne in the chamber of the Lords. MPs soon enter the chamber, following the traditional calling from Black Rod, who is initially denied entrance; read about what happens exactly, here.

Her Majesty gives her speech, which this year included references to an in-out EU referendum, a right-to-buy scheme, and a tax freeze.

Following the reading of the speech, The Queen leaves Parliament (the Union flag is once again flown above Parliament), and MPs and Lords debate the contents of the speech over a period of a few days. The whole ceremony, including arrivals, took about 90 minutes to complete.

Duchess of Cambridge thanks RAF personnel for Afghan...

Prince William hands out awards to paramedics in...

Tell me about… the Constable’s Dues at the...

Sophie takes part in the annual Countess of...