Continuing his tour in southern Africa, Prince Harry played in a charity polo match yesterday, and fell off his horse – twice!

Captain of the team, Harry arrived looking casual in a blue shirt, white jeans, desert boots and sunglasses, before playing in the 2015 Sentebale Royal Salute Polo Cup. The Prince had organised the match to help fundraise for his Lesotho-based charity. 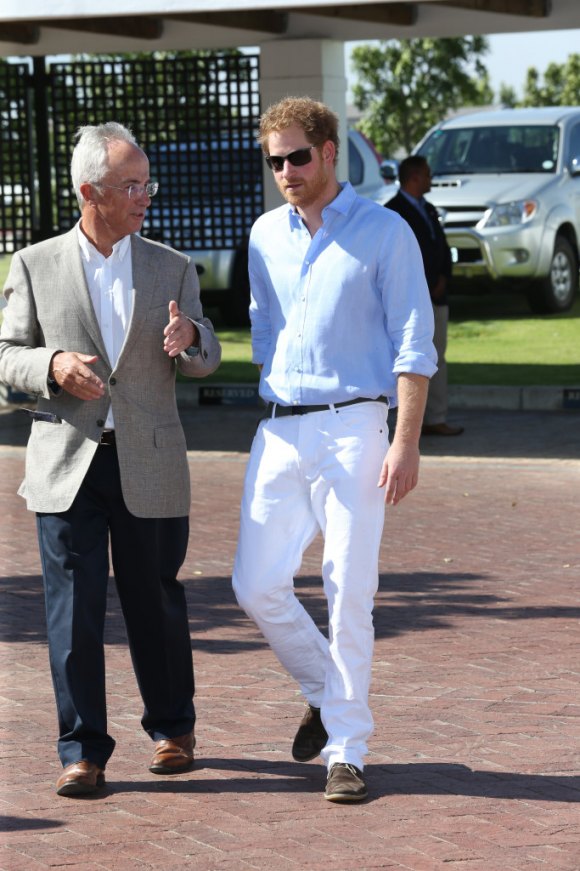 Uncle to Prince George and Princess Charlotte, Harry opened a new centre for Sentebale on Thursday, naming rooms after his mother and former nanny.

But the game didn’t go to plan: despite being an accomplaished and regular polo player, the Prince took two tumbles from his horse, but escaping unhurt both times.

The first fall came just 20 minutes into the game, where Harry’s team took on that of Nacho Figueras, a professional polo player, Ralph Lauren model and Sentebale ambassador. It appears the pony decided he was finished with his rider, shaking him off, over his head.

Just moments before the final whistle, Sentbale team’s captain fell again. In a scuffle around the ball, Harry leant forward to reach for it with his mallet, and came off, landing on his feet – before bowing to the crowd.

Harry and his team lost to their opponentsby one point: 7-8, with the former Captain Wales scoring one of these.

A written statement was released by Harry and Prince Seeiso of Lesotho – his founding partner of Sentebale – about the match, saying:

“It is wonderful to be here in South Africa, at the Val de Vie estate, for the 2015 Sentebale Royal Salute Polo Cup.

“The success of our previous five polo events has helped Sentebale make a real difference to the lives of vulnerable children in Lesotho. We have no doubt that this year’s event will be even more successful. 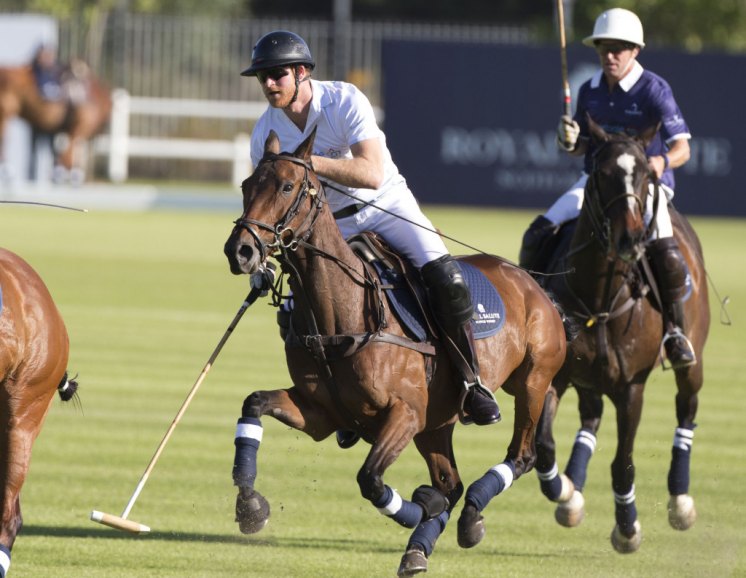 “Your support is vital. The situation in Lesotho remains critical and every day children continue to lose their parents to the HIV/Aids epidemic. Sentebale works to protect and support these children providing them with basic necessities we take for granted: food, shelter, care and access to education.”

The 31-year-old Royal first held a fundraising polo match in aid of Sentebale in 2010, having raised a whopping £3 million over the years.

The Royal Family gather for The Duke of...

The Wessexes view tributes to Duke of Edinburgh...

Queen shares personal photo of her and Prince...

I am so happy thst Prince Harry is not hurt from falling twice.
May God bless him always.
🙂