Prince Harry is spending some time in New Zealand, and here are his plans.

Following a month long secondment in the Australian military, The Prince will land in Wellington on Saturday 9th of May. He will be officially welcomed at Government House, as The Duke and Duchess of Cambridge were just over a year ago, with a Maori haka. 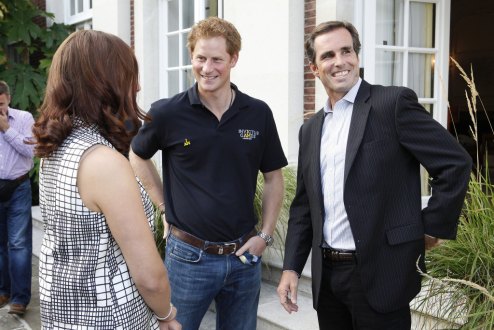 The Prince begins his tour without having met his niece yet; Princess Charlotte and her family have travelled to Anmer Hall, where they are expected to stay for an extended period of time. Read about it here.

Harry will then go to the National War Memorial for a wreath-laying ceremony. On the evening he will attend a rugby game, the Hurricanes vs Sharks, at Westpac Stadium.

The following day, Sunday, Harry will travel to Stewart Island and take in the scenery and wildlife and also visit Ulva Island, an open island sanctuary.

Next on the agenda is Christchurch, where Harry will visit Quake City and tour the Re:Start mall shopping centre. He will meet members of the Student Volunteer Army, who assisted during the aftermath of the 2011 earthquake which devastated the city, at University of Canterbury. They helped clean up the city.

William and Catherine also paid a visit to Christchurch on their tour of New Zealand.

Wednesday sees The Prince head to Linton Military Camp; here, Captain Wales will partake in a number of activities with the Army, and even learn the Army’s haka!

Thursday is when Harry will go to  visiting Putiki Marae, Whanganui, a Maori settlement; he will join the crew of the marae’s waka for a ride on the river. Following this, Harry will visit the War Memorial Centre, .

Auckland is where Harry finishes his visit, and  on Friday, he will make appearances at the South Cross Campus School and Middlemore Hospital’s Spinal Rehabilitation Unit. The Prince will also attend a reception with emergency service and disaster relief personnel at Government House on the same day.

Saturday sees Harry will join budding footballers at a FIFA under-20 event, where he will then visit the Millenium Institute of Sport. Later that evening, Harry returns to the UK.

Prime Minister John Key said of the trip: “I am delighted Prince Harry is visiting New Zealand. The Prince has asked to meet a wide range of New Zealanders so his programme has been designed with that in mind,” Mr Key said.

“I’m confident Prince Harry will have a fabulous time here and I encourage all New Zealanders to take the opportunity to go and see him.”

The Countess of Wessex heads to the pub...

The NHS at 72: Prince Charles thanks ‘remarkably...

Prince of Wales sends message of support to...

The Duchess of Cambridge surprised some sporty pup

A customer has shared their newest addition to the

Windsor Castle, Holyroodhouse and more are to reop

#OTD in 1540, Henry VIII annulled his marriage to