Princess Anne opens garden to remember those lost to COVID-19

The Queen’s only daughter spoke to frontline NHS staff about their work during the pandemic, at Gloucestershire Royal Hospital, Wotton Lawn Hospital, and Cheltenham General Hospital. 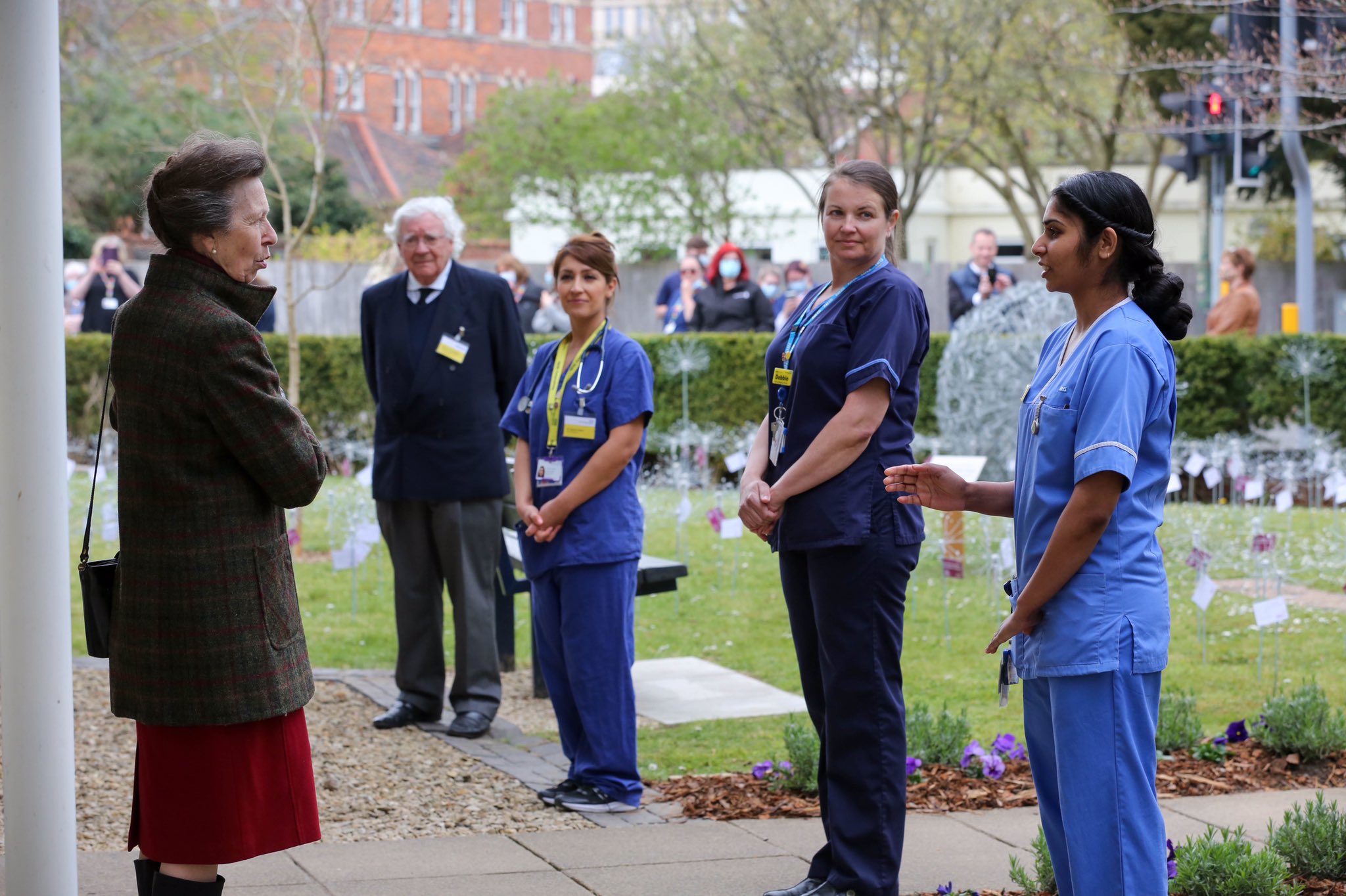 Princess Anne spoke to NHS staff about their work during the pandemic. (@Royal Family/Twitter)

At Gloucestershire Royal Hospital, the Princess opened the tribute garden designed by Danny Clarke, known as The Black Gardener, which also marks the contribution of NHS staff and carers.

Anne witnessed hundreds of commemorative wire dandelions that have been placed in an open green space at CGH, each bearing a tribute to a loved one who lost their life to Covid-19, and laid a dandelion of her own. 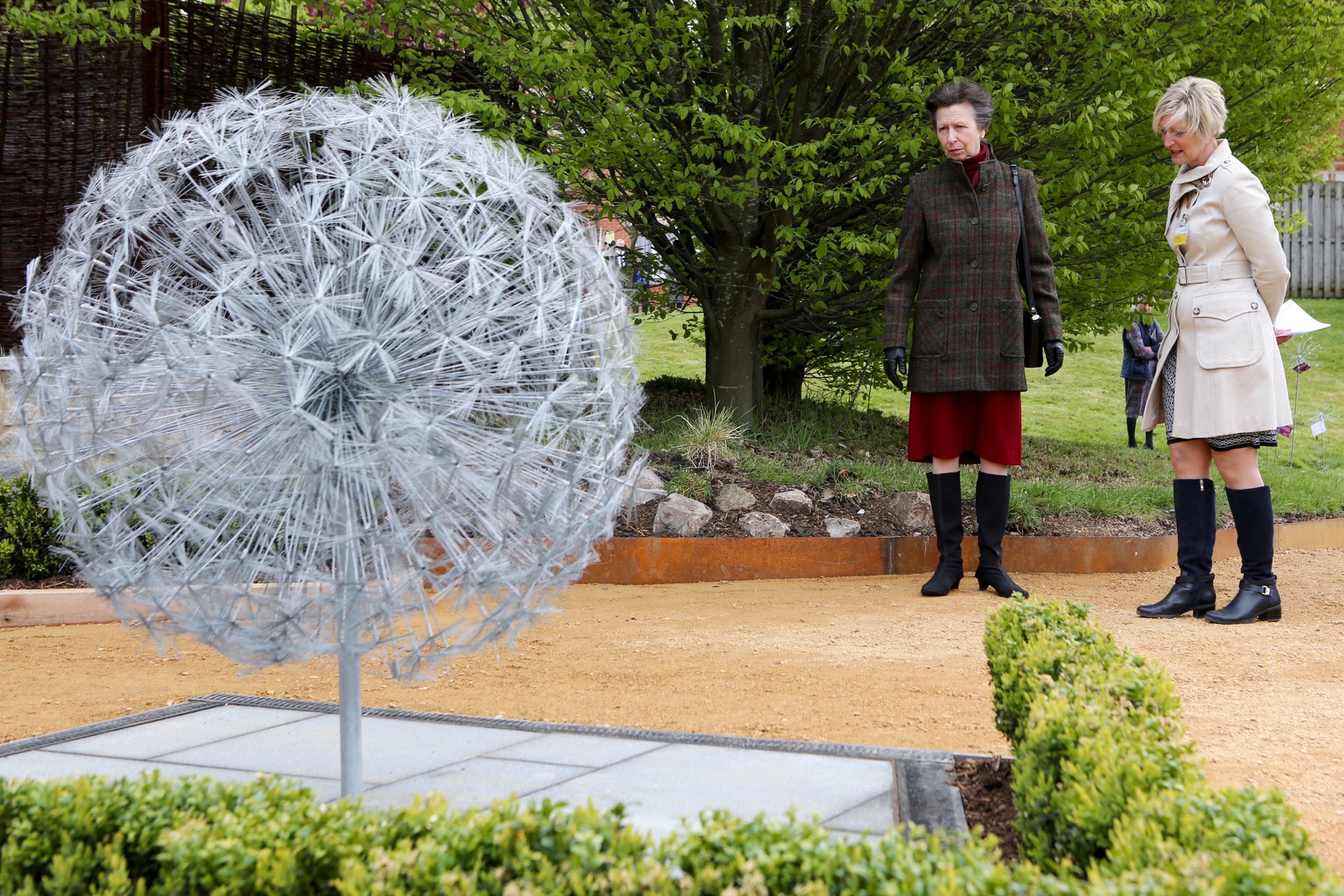 The Princess Royal opened a garden to commemorate those who had been lost to COVID-19. (IMAGE: Royal Family/Twitter).

Alexandra Hayes, respiratory high care ward manager at GRH, said: “Her Royal Highness was genuinely interested in our work and was very grateful for all that we’ve done over the last year. While these have been difficult times for so many, today’s visit was uplifting and it’s something I’ll remember for a long time.”

Dr Hina Iftikhar, chief registrar at GRH, said: “It’s incredibly important for families and friends of loved ones lost to Covid-19 to have a space where they can visit and reflect. The pandemic has taken its toll on so many of us and in such different ways.

“Many of my colleagues both here in our hospitals and in the community have had the most challenging of times. I’m grateful that the Princess Royal recognised this today.”

Our staff @gloshospitals were thrilled to meet The Princess Royal today who visited to personally thank colleagues for their hard work and to officially open our garden commemorating loved ones lost to COVID-19. @RoyalFamily we really do appreciate your support in these times pic.twitter.com/batnsHLG3D

Atique Miah, Muslim chaplain at GRH and CGH, said: “So many people in our community have been affected by this pandemic. The effect will be felt in the months and years that follow. Yet there is hope, and as we emerge from the last year I’m struck by the compassion, kindness and generosity shown by the community during a time of great personal tragedy and difficulty.”

Prince Charles and Princess Anne lead the procession that followed Prince Philip’s coffin at his funeral.

Anne was at the front of the procession behind her father’s coffin last weekend, alongside her brother, Prince Charles. She issued a tribute, similar to other members of the Royal Family such as Princess Eugenie and Prince William, where she said Philip was her teacher, supporter and critic.

She also noted how it was an ‘honour and a privilege’ to carry on his legacy.