Latest posts
Prince George raises money for animal conservation charity with a cake sale
Prince William and Kate unveil Windrush Monument at Waterloo
Canterbury Cross for The Queen marking 70 years’ service to the Church of England
How Prince William has evolved from reserved young Royal to confident future King
Prince William at 40: the importance of tackling homelessness
Camilla in Vogue: royal life is ‘not easy’, spoiling her grandchildren & her love of Wordle
Duchess of Cambridge hosts her first political roundtable on early years research
Prince William visits the Lionesses ahead of the UEFA Women’s Euro 2022
Charles and Camilla lead Royals on first day of Royal Ascot 2022
Royal Family attends Garter Day 2022 – Camilla’s first as Royal Lady of the Order

Princess Madeleine and her husband, Chris O’Neill, gathered alongside their friends and family for the christening of their three-month-old son, Prince Nicolas today.

The service took place in the Royal Chapel of Drottningholm Palace and saw the sixth-in-line to the throne enter into the Church of Sweden, the largest Lutheran denomination in the world. It was screened on Swedish television, allowing the nation a glimpse into the important day.

Leading the day’s event was Archbishop Antje Jackelen who is the first female archbishop in Sweden. Assisting her were Lars-Göran Lönnermark, Bishop Emeritus of Skara and Michael Bjerkhagen, Vicar of the Royal Court, both of which cronducted the wedding ceremony of Madeleine and Chris. 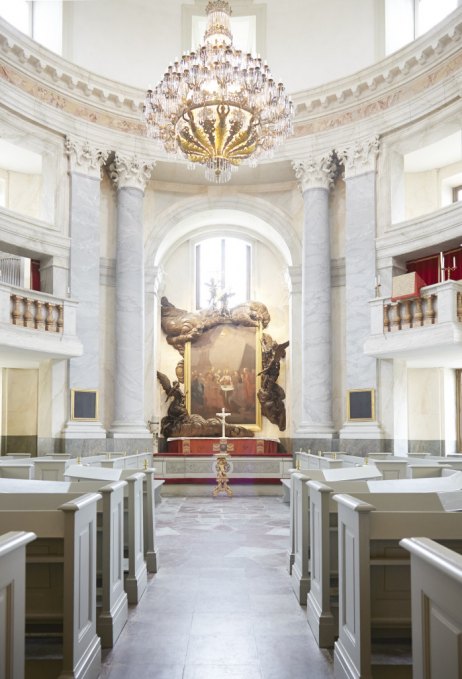 The water used for the baptism was brought in from a special spring on the island of Öland, the same as was used at the christening of older sister, Princess Leonore.

The young Prince, titled Duke of Ångermanland, was dressed in the traditional lace gown, also worn by Leonore and his cousin, Princess Estelle. Unlike the Princesses however, Nicolas was less than impressed by the event, voicing his discontent, until Estelle saved the day by running to grab a dummy which quietened him down for a while.

Tears from Prince Nicolas as he is christened. pic.twitter.com/nYQki6WAYV

Unfortunately the tears returned as the baptism itself took place and as his grandfather, King Carl XVI Gustaf, presented Nicolas with a miniature sash of the Order of the Seraphim, the highest order awarded in Sweden.

Leonore threatened to steal the show as she played in aisle, dancing to the music during the ceremony. The two-year-old looked adorable in a collared grey dress with a matching hair bow that later got removed as the little Princess had had enough.

Following the service, Nicolas and his parents greeted the waiting crowd and then posed for the press. The family was then joined by the baby’s six godparents for more photographs.

The godparents had been announced the previous day and include Nicolas’ uncle Prince Carl Philip, who was also given the honour of filling the baptismal font during the service.

A reception and private lunch was held for the guests at the Swedish Royal Palace with the immediate family in attendance as well as friends and representatives from the Swedish government.