The medal to mark The Queen’s Platinum Jubilee has been revealed.

Designed by Timothy Noad of the College of Arms, the medal features the iconic Ian Rank Broadley portrait of Her Majesty, and on the reverse, the Royal Crest and the years of The Queen’s Reign (1952-2022).

The ribbon has silver edges representing the Silver Jubilee, the blue from the Golden Jubilee medal, and the red from the 2012 ribbon for the Diamond Jubilee. The medal itself is made from nickel silver and around 400,000 will be made by Worcestershire Medal Service, based in Birmingham.

Those who will receive the medal for The Queen’s Platinum Jubilee, to show the Monarch’s gratitude for their public service, include:

Medals have been awarded to mark royal jubilees since Queen Victoria’s reign, when her 50th anniversary of ruling was commemorated in 1887 with a medal.

Members of the Royal Family are also often gifted them, and it is expected that this will continue, including non-working Royals like Peter Philips and Princess Beatrice, as a personal gesture from Her Majesty.

Culture Secretary Nadine Dorries said: “Her Majesty The Queen’s Platinum Jubilee is a wonderful opportunity to recognise the dedication and service of those who, like the Queen, tirelessly serve our country. From the troops who serve overseas to the emergency services workers at home who run towards danger when others would flee, we are honoured to have such dedicated and professional public servants who keep us safe.”

The medal to mark the Queen’s Platinum Jubilee has been revealed. (Department for Digital, Culture, Media and Sport/Crown Copyright)

She continued: “2022 is an opportunity for us to come together as a nation to celebrate and say thank you to Her Majesty and all those who work so hard to make Britain Great.”

2022 will be a year of celebrations to mark Her Majesty The Queen’s Platinum Jubilee with a four-day Bank Holiday weekend from 2nd to 5th June. Celebration across the special weekend will include Trooping the Colour, the lighting of beacons, a Service of Thanksgiving, Platinum Pageant and a concert making The Queen’s historic reign.

A special logo has been chosen for the occasion, designed by a budding graphic design student. 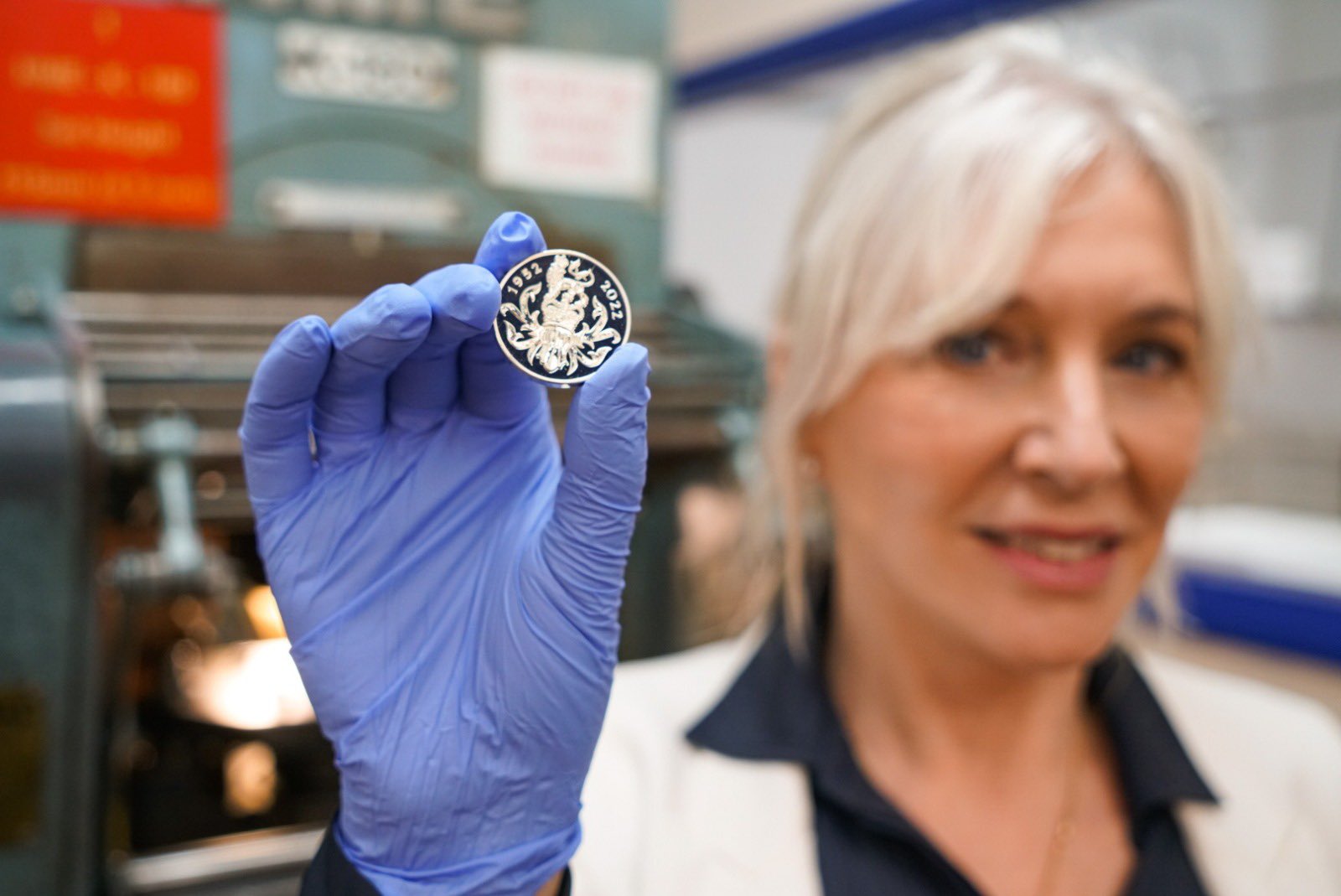 NHS awarded the George Cross by The Queen and Prince Charles

The Queen attends the Act of Loyalty Parade during Holyrood Week