This page details The Queen’s direct lineage, and therefore her ancestors, back across the centuries to Henry VII. His success at the Battle of Bosworth and accession (1485) is generally termed the beginning of modern history. Click the image to enlarge.

And then we go right back to Henry VII.. 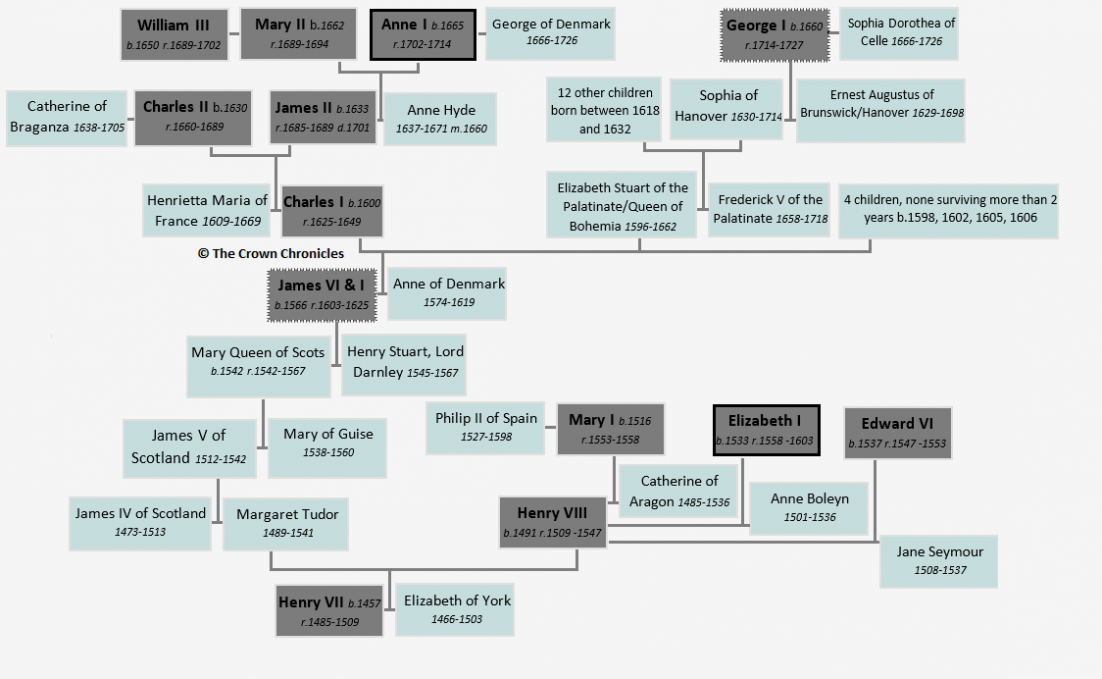 NB. Dark grey denotes a sovereign, all of which were crowned with the exception of Edward VIII. When a successor has been a distant relative, a bold border indicates from whom the Crown was passed, whilst the dotted border shows to whom it was passed. Where there has been multiple marriages, e.g. Henry VIII, only those that produced children with a direct impact upon the Line of Succession have been included.

Interesting lineage of the royals. They are legendary. I have been reading up on my royals and am currently into the tudors and queen elizabeth.
this will help my understanding a little further. Thank you all for your hard work and your love of the royals. fascinating family no wonder they make so many movies of them.
thank you again

… Meghan, The Duchess of Sussex, shares a birthday with her husband’s great-grandma, The Queen Mother. They were both born on 4th August.