DNA testing in Russia has proved that bones found in mineshafts in 1976 are in fact the bodies of the murdered Emperor Nicholas II and his Empress Alexandra Fyodorovna.

Last month, The Crown Chronicles reported on the exhuming of human remains, as the Church wanted confirmation the remains belonged to the former ruler of Russia. 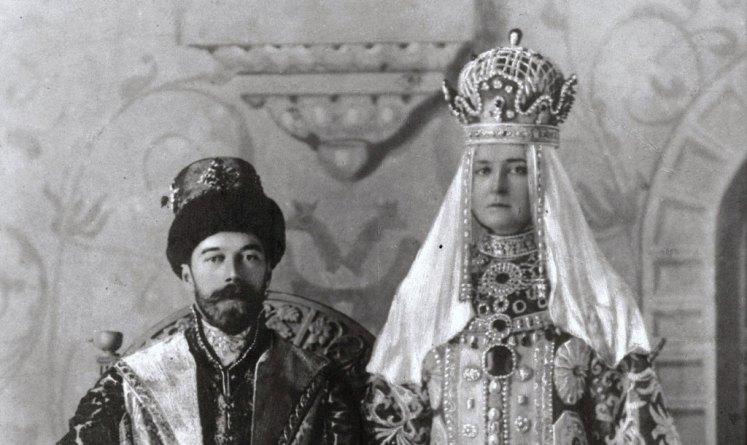 Nicholas and Alexandra in traditional Imperial dress. The Lost Gallery

The bodies were found alongside three girls’ remains in a woodland near Yekaterinburg, the Urals, in 1976, almost 60 years after the Imperial Romanov family was murdered by the Bolsheviks in 1918.

The bones were tested in 1998, and showed a match to descendants of Nicholas and Alexandra, including Prince Philip, Duke of Edinburgh. However, more questions were asked about the legitimacy of the tests, carried out by separate teams in the UK, USA and Russia. The remains were reinterred at Peter and Paul Cathedral.

The President conducted a funeral ceremony reading out the funeral rites, but he avoided saying Nicholas or Alexandra’s names during the ceremony.

Nicholas II was forced to abdicate in 1917. He and his family were shot to death by the Bolsheviks the following year; Nicholas was shot several times in the chest, while his four daughters survived the first hail of bullets. They were then stabbed with bayonets and shot at close range in the head.

Samples taken from the jaw and neck of the male remains have been compared to bloodstained clothing of Alexander II (Nicholas’ grandfather who was assassinated in 1881) and blood on a shirt worn by Nicholas during an attempt on his life in Japan in 1891.

The Imperial Romanov Family were murdered in 1918. Now the entire family has been found. OlestC

“In these samples there was found heteroplasmy – a rare genetic mutation which was present in the samples of Nikolai II,” said spokesman for the Russian Investigative Committee, Vladimir Markin.

Unnamed female descendants of Queen Victoria prove a match to the lower jaw of the female remains, confirming Alexandra’s identity; she was a granddaughter of the famous monarch.

Results are still to come in to confirm the identity of two other children’s remains, found in 2007; it is suspected they are those of Alexei and Maria, two of the three youngest children of Nicholas and Alexandra. The bones have been in government storage since they were found, until tests could be carried out.

Nicholas was not the grandson of Queen victoria but Alexandra was her Granddaughter.

Updated Jane – thanks for spotting.

I can’t tell yOU how incredibly sad this makes me, the murder of nicholas’ family and the brutal way it was done just guts me. to think of the children done that way, it’s beyond words as I too am a father and couldn’t imagine it. I pray in the afterlife this family was together again in heaven.