Countess of Wessex: Coronavirus has ‘brought out the best in our communities’

The Countess of Wessex has given an exclusive interview to Good Housekeeping, in her role as Patron of the NSPCC and Childline. In the spread, Sophie discussed the role of social media and her work with the charities.

During lockdown, the Royal visited the NSPCC to see first-hand the work the organisation is carrying out. Sophie also discovered how the pandemic has affected children, and how they are supporting them, including providing virtual counselling sessions and resources for managing difficult situations at home.

Earlier in June, Sophie visited the NSPCC Headquarters in London and assisted the volunteers for a shift on the phones. The Countess expressed her relief at feeling ‘fully supported’ and it gave her a ‘fantastic insight into some of the remarkable work that’s done every day’.

During the visit, a young woman made a ‘profound impression’ on The Countess. “She spent her entire childhood in care,” The Queen’s daughter-in-law explained. “She had lived in multiple care homes; sometime for a few months, sometimes for longer. In a number of them, she was sexually abused. Her life was completely derailed.

☎️ The Countess of Wessex, Patron of @NSPCC and #Childline visited the charity today to thank staff and volunteers for their recent work supporting vulnerable children.

For many young people, lockdown has exacerbated the already difficult circumstances they were facing. pic.twitter.com/g0V22rO2ZI

“But one person gained her trust and slowly she started to turn things around, attending college and gaining qualifications.”

Sophie went on to say to say that by the time she had the pleasure of meeting this woman, she already ‘had a job as a support working for other young people in care’.  The Countess simply described the woman as ‘an inspiration’.

The mum of two features on the magazine’s cover wearing white.

On reviewing the impact the pandemic has had on the charity, she said: “Childline faced a huge increase in calls and contact from children and young people during lockdown.”

She highlighted the cases in which counsellors have been dealing with, included those “who were struggling emotionally.”

In the exclusive interview, she also revealed how she will be teaching her own children – Lady Louise, 16, and James, 12 – the rules of social media, even though they are not interested in the platforms. “At the moment, my children aren’t into social media, however, it is here to stay, so it’s important for them to understand it and for us to equip them with the tools to navigate it successfully.”

This is also something that The Duke and Duchess of Cambridge have brought up previously, using social media in a healthy way, and allowing to have a positive effect on your life.

The Countess of Wessex highlighted the importance of volunteering and revealed she has had conversations with her own children and the significance of it. “I have tried to instil the idea that volunteering should be about doing something for someone and, importantly, it’s about having fun.” 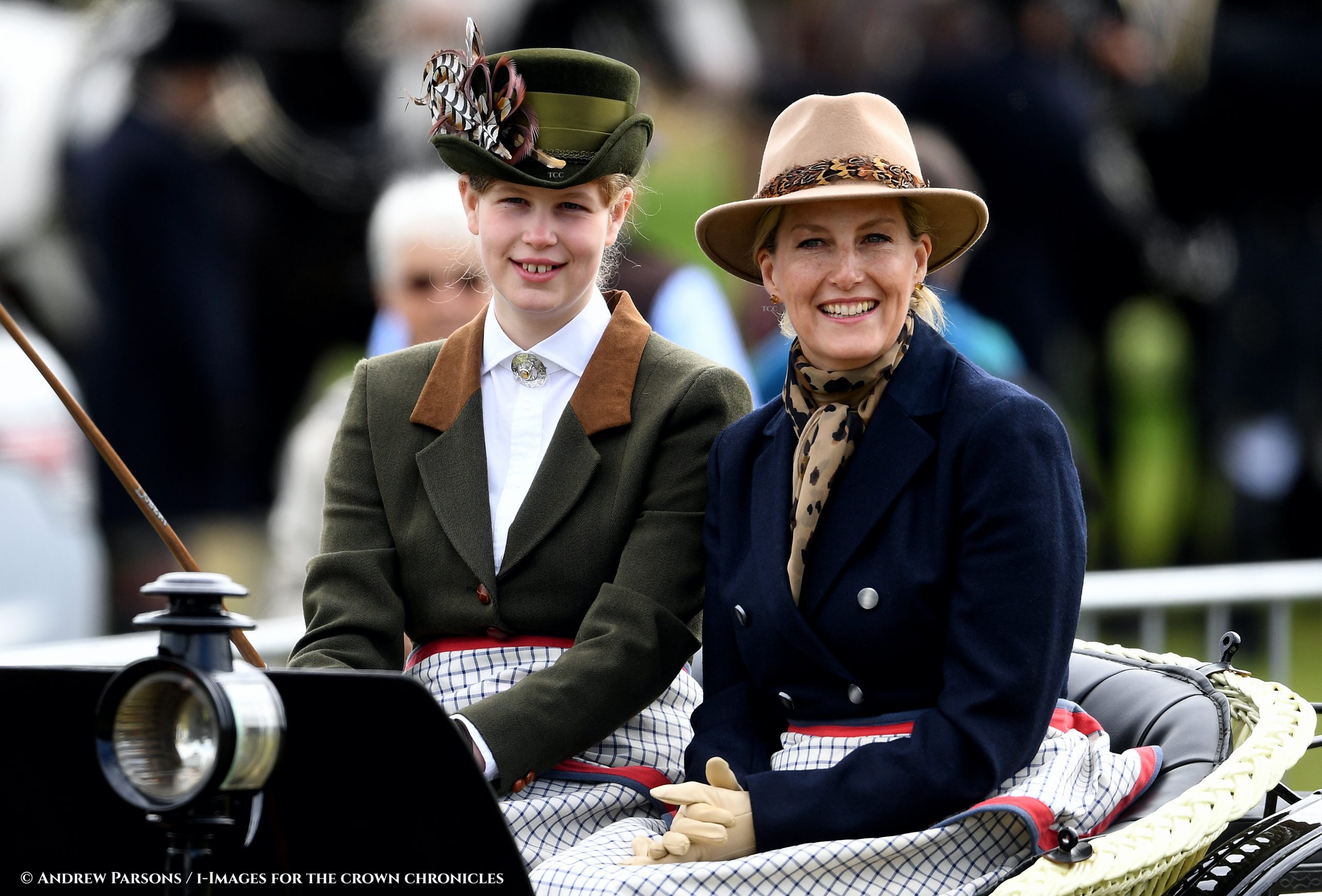 Lady Louise Windsor with her mother Sophie, The Countess of Wessex, taking part in the carriage Procession at the Royal Windsor Horse Show in 2018.

We know that during lockdown, she has been helping provide food to front line workers, be that cooking up lunches or putting together food packs.

The Countess of Wessex took over the patronage of the NSPCC from Her Majesty in 2016. HRH “accepted the honour immediately” and is proud she can “support the work being done to prevent child abuse and neglect, and support those who do not have adults to protect them.”

HRH The Countess of Wessex on helping her children navigate social media. The royal spoke exclusively to Good Housekeeping about her roles with Childline and the NSPCC. https://t.co/WROF1bnRwA

You can read the full interview with The Countess of Wessex in the October issue of Good Housekeeping, on sale from today.