Earl of Wessex visits projects supporting the homeless across Oxford

The Earl of Wessex visited projects in Oxford on Thursday, to see how organisations are providing support for people who are homeless in the city.

Prince Edward visited three venues in the city that have played an important role in helping people to come inside and offering them the support they need when they become homeless. 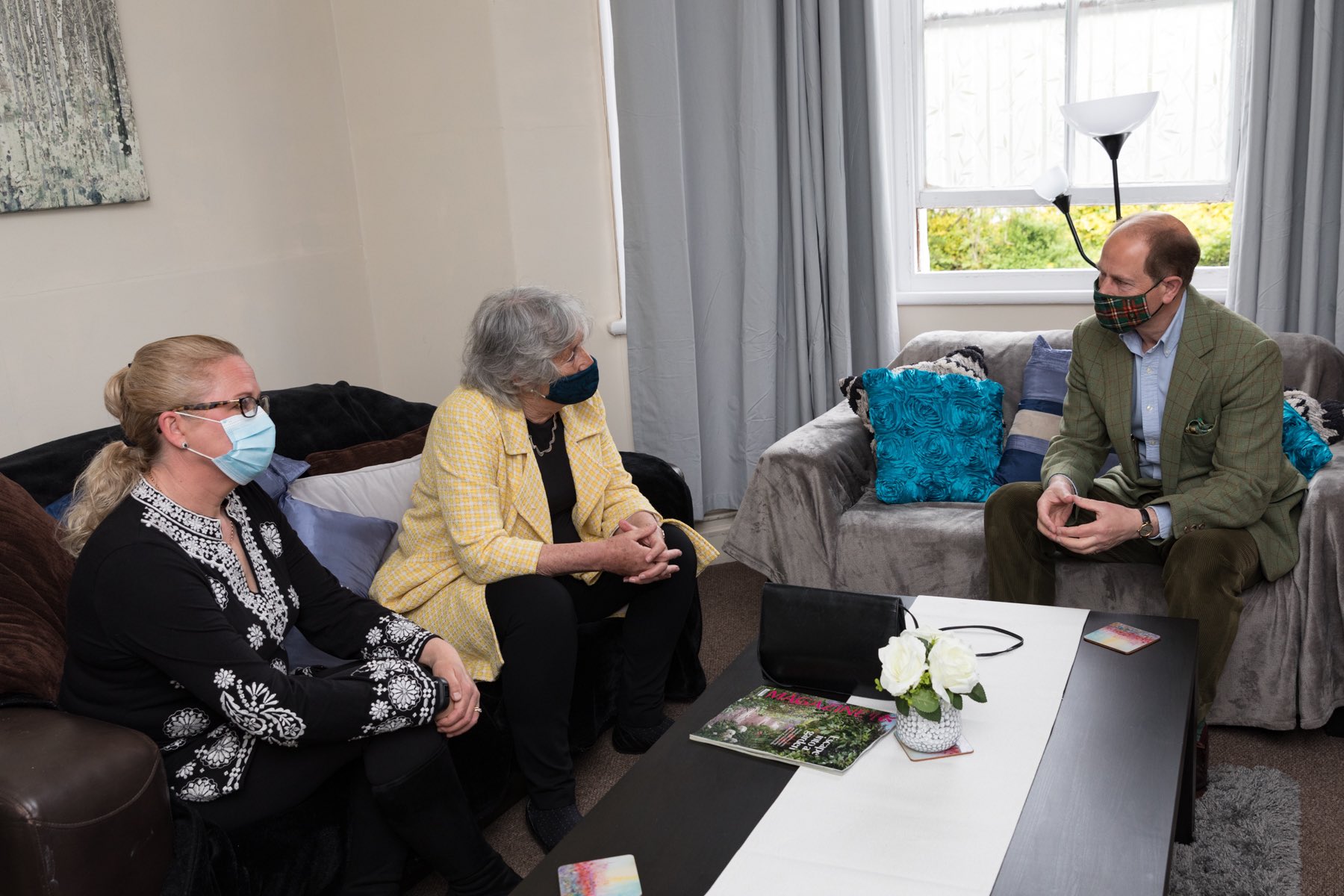 The Earl of Wessex paid a visit to three projects which are helping to tackle homelessness. (@Royal Family/Twitter)

Partners from the Oxfordshire Homeless Movement (OHM) greeted the Earl and told him how all three organisations demonstrated how they have adapted to the pandemic. During his visit, The Earl of Wessex heard how partners in OHM have worked together to provide accommodation and support for people sleeping rough in the city during COVID-19.

Firstly, Edward paid a visit to homeless charity, Aspire Oxford. He heard how the charity have revamped the properties to cater for up to 30 people experiencing homelessness.

The Royal met members of the OHM were he learnt more about the movement, before he was shown around the building.

The Earl of Wessex was given the opportunity to speak to current residents, all of whom were women who had benefited from unique support to work through issues which led to their current situation. The residents told the royal visiot how they had been involved in revamping the property as well as their roles in maintaining the garden.

Speaking about the visit from His Royal Highness, Paul Roberts, CEO at Aspire Oxford said: “Aspire is honoured that His Royal Highness included our housing project at Becket Street on the schedule for his visit to Oxford. The women’s home is part of a wider project involving five empty houses made available by one of the colleges for repurposing.” 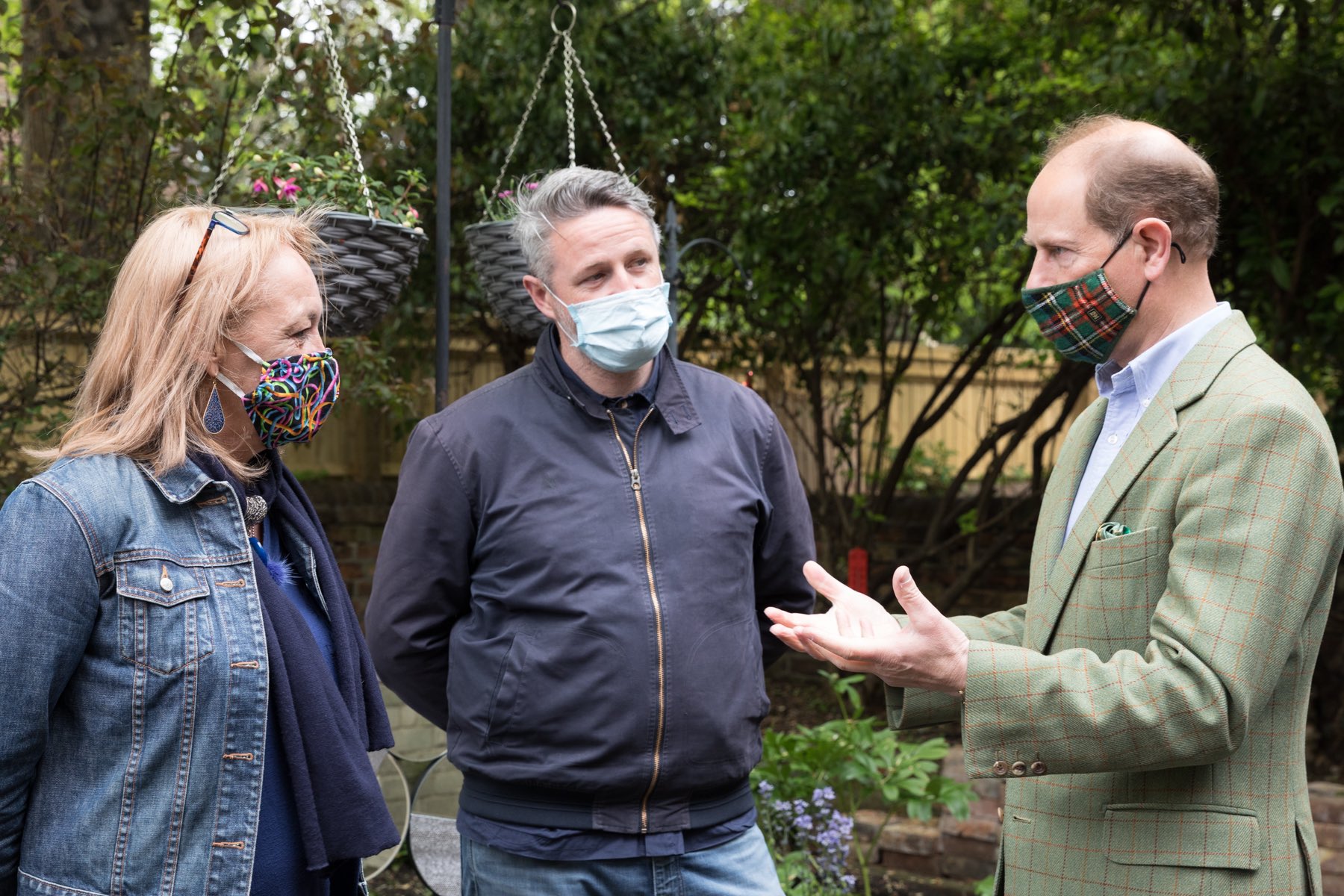 Prince Edward heard from the Oxfordshire Homeless Movement how the pandemic has impacted homelessness in the UK. (@Royal Family/Twitter)

HRH then visited Floyds Row, a central hub and shelter for people at risk of or experiencing homelessness.

Edward heard how the building, which is owned by Oxford City Council and run by St Mungo’s, but had only opened two months before the pandemic struck, and had to be temporarily repurposed as a triage centre because residents could not isolate safely in the building.

Members of the St Mungo’s team described to Edward the moment they heard the news they needed to relocate the 25 people staying at Floyds Row into emergency accommodation immediately.

Homelessness Manager for Oxford City Council, Paul Wilding explained how the council had forged new partnerships to provide COVID-safe accommodation in hotels and student rooms, and how Floyds Row was and continues to be an integral part of the recovery from the pandemic.

This week Oxford hosted HRH The Earl of Wessex as he visited homeless support projects across Oxford, including Floyds Row.@oxhomelessmvt greeted The Earl and shared how local organisations adapted their work during the pandemic.

The father of two heard how St Mungo’s, the council and other OHM partners are providing extra support and move-on accommodation to avoid a return to the streets, in particular for those individuals  who have a history of prolonged periods of rough sleeping and multiple support needs.

Matthew Rudd, Regional Head at St Mungo’s commented: “We were delighted to be able to meet His Royal Highness and talk about the incredible work our teams have done during the last year. The pandemic offered us a unique set of circumstances and enabled us to work together with our partners to support some of the hardest to reach people in our community.” 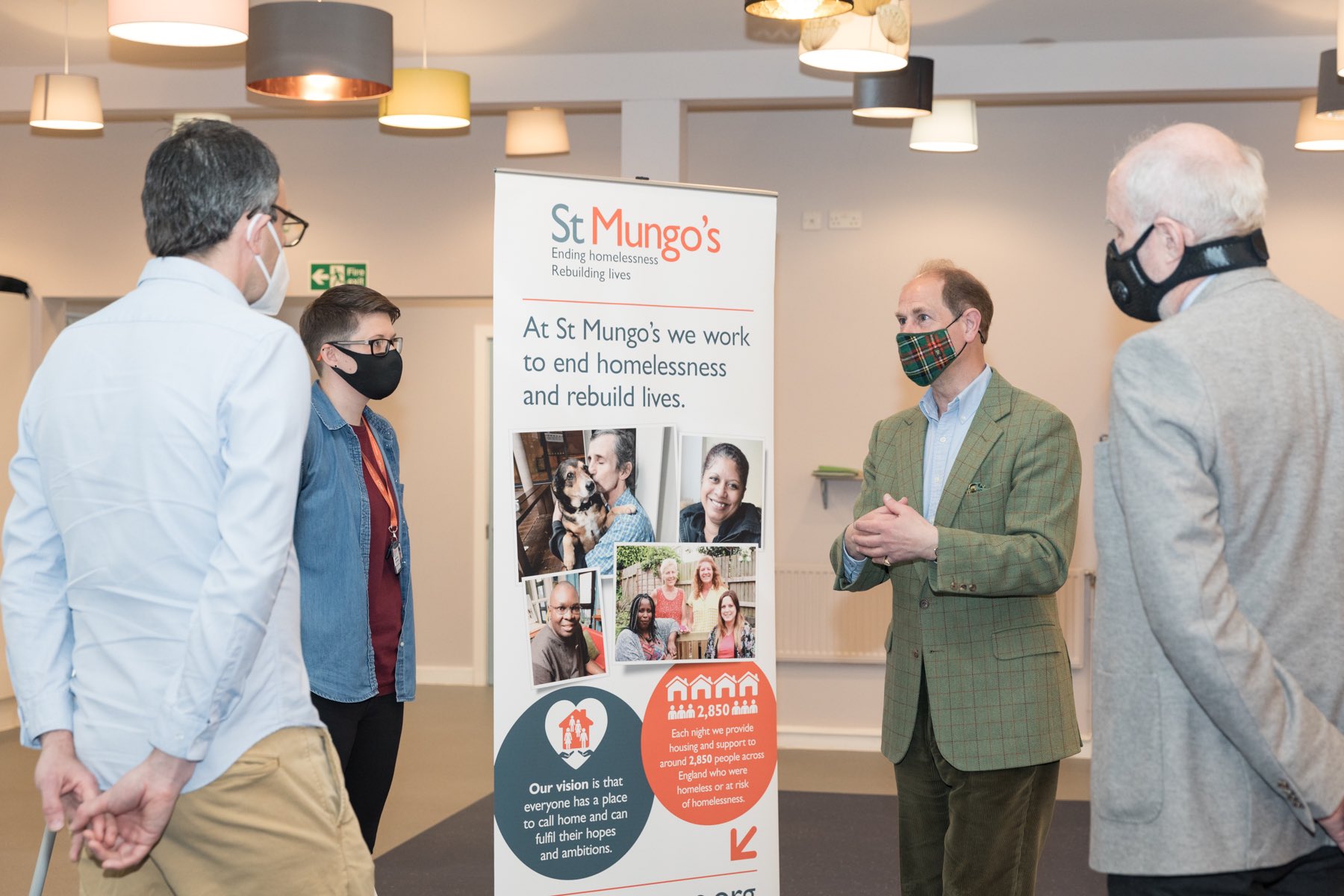 HRH spoke to workers from St Mungo’s and heard how they had only been open two months before the first UK lockdown started. (IMAGE: Royal Family/Twitter).

The final stage of The Earl’s visit was to The Gatehouse, which has been operating as a drop-in day centre for the people in need for over 30 years, and is where OHM’s Lived Experience Advisory Forum (LEAF) is based.

LEAF founders Katrina Horne and Nikki Aitchison, together with Co-Chairs Rowan Wilkie and Monica Gregory, told the Earl how LEAF ensures that people with current or recent experience of homelessness are consulted as part of local planning and decision-making.

They explained to Prince Edward how the group is sharing the voice of lived experience to influence councils and research bodies in the county.

What a thrilling day to be able to host the Earl of Wessex and explain how we work with our partners to support the homeless and vulnerably housed #RoyalFamily #together #LEAF #oxfordshire https://t.co/0By0Fo5FCe

Jane Cranston, Chair of Oxfordshire Homeless Movement praised the father of three for taking an interest in tackling homelessness and commented: “We were delighted when His Royal Highness accepted our invitation to visit projects in Oxford that are helping those who have, often through no fault of their own, experienced homelessness.

“We were proud to demonstrate how Oxfordshire, with genuine partnership working, is able to provide better directed support to the people who need it most and who may have fallen through the gaps in the past. His Royal Highness showed extensive knowledge of the issues, and his interest in what he saw and the people he met was a real boost for us all.” 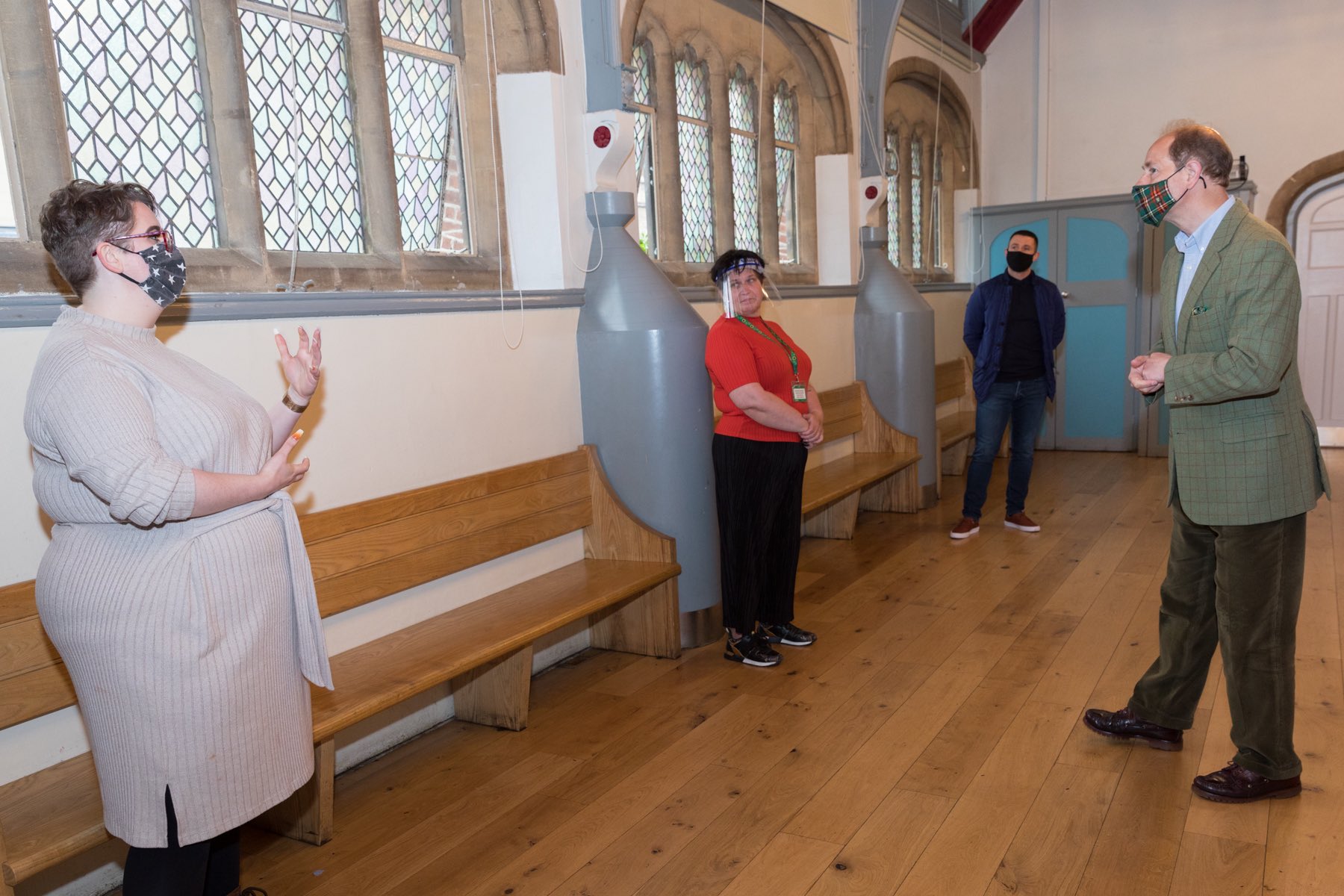 HRH concluded his visit by hearing how The Gatehouse who supporting the homeless. (@Royal Family/Twitter)