After eagerly anticipating the arrival of Baby Sussex for weeks now, royal watchers finally got to see the royal baby for the first time, and learnt his name, too: Archie.

The Duke and Duchess of Sussex welcomed their son in the early hours of Monday morning, sharing the news with the public later that afternoon. 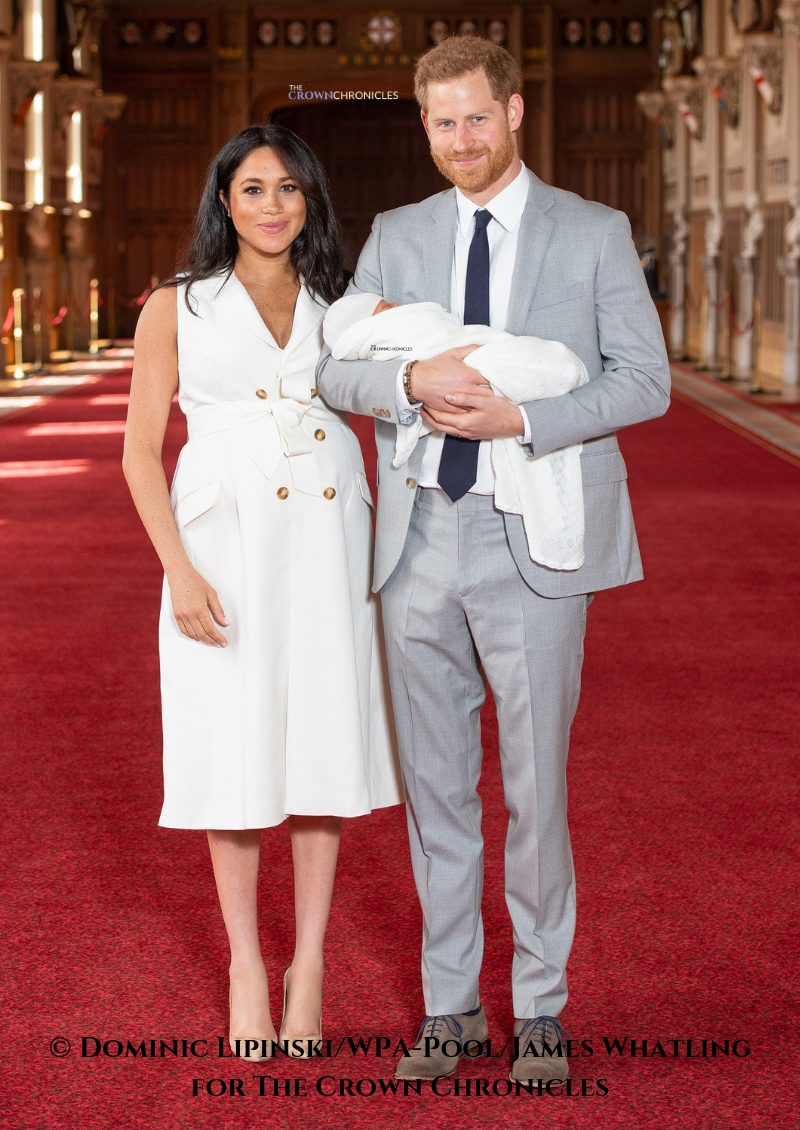 While Prince Harry spoke to the press briefly, sharing his excitement at his son’s arrival, we were yet to see the bundle of joy due to the couple wanting to keep the experience private.

Yesterday, The Duke and Duchess of Cambridge revealed they had not yet met their nephew, but were very excited to do so.

In St George’s Hall at Windsor Castle, Harry and Meghan appeared before a photographer and a video camerman to show-off their son.  They were clearly over the moon as new parents.

Just hours later, they announced his name: Archie Harrison. Archie means ‘truly brave’, whilst Harrison is patronymic, thus making it a nod to the boy’s father – the son of Harry.

Bookmakers had odds of 100/1 on the name Archie, in one of the “biggest surprises in royal betting history”. Alexander had been the 4/1 favourite with Coral, closely followed by Spencer, Arthur and James.

We also discovered that the couple do not want him to carry his father’s secondary title, that of The Earl of Dumbarton, and will simply be known as Archie. He will thus be taking the family surname of Mountbatten-Windsor.

We learnt Baby Sussexs name is to be Archie Harrison Mountbatten-Windsor. Picture by Dominic Lipinski/WPA-Pool

Unusually, the baby only has two names, when royal boys usually take four; Archie’s cousin Prince George has three middle names, like Harry and William do.

It is expected the couple will have a second child in 2020; odds are currently 4-5 on this announcement.

What do you think of the name?

we Me in Dayton Ohio is just full of joy …… And congrats to Mom Dad And New Baby Archie,,,,,,,,,,, Congrats boy is Very Handsome and Amazing …… Congrats !!!! Again And best Wishes sent to u All………
Sincerely Rev. Robert E Boldman Wolf Jr.