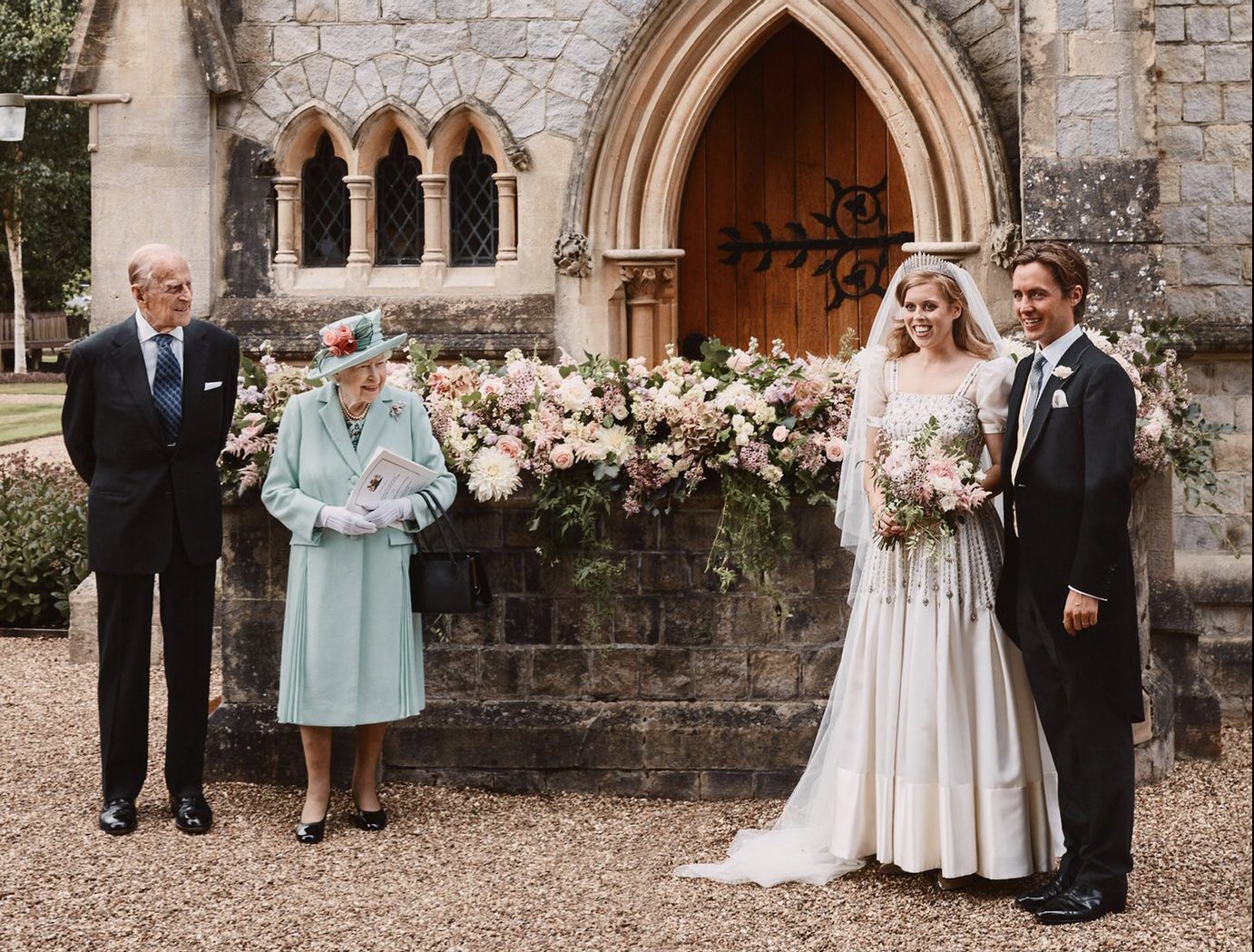 Princess Beatrice’s wedding dress to be displayed at Windsor Castle

Princess Beatrice’s wedding dress to be displayed at Windsor Castle

The wedding dress worn by Princess Beatrice on her big day earlier this year is set to go on display at Windsor Castle from 24th September, the Royal Collection Trust has announced.

Princess Beatrice married Edoardo Mapelli Mozzi during a private ceremony on 17th July 2020. The couple kept the ceremony under wraps after having to postpone their original wedding plans due to the coronavirus pandemic. There were only a number of photos released from the event.

Princess Beatrice wore a dress once worn by her grandmother The Queen, by Norman Harntell

The Princess borrowed the vintage dress from her grandmother The Queen for the private ceremony. The dress has been worn a number of times by Her Majesty over the years, including a State dinner at the British Embassy in Rome during a State Visit in 1961.

It was designed by Sir Norman Hartnell, who was also responsible for creating a number of outfits worn by The Queen, such as her coronation dress in 1953.

Queen Elizabeth on the balcony of Buckingham Palace after her Coronation, wearing the outfit designed by Sir Norman Hartnell

The dress worn by Princess Beatrice is made of ivory beau de soie taffeta, with the skirt trimmed with a band of ivory duchesse satin. It was altered for the occasion to give the dress a more contemporary shape, and the underskirt and petticoats were recreated with silk tulle.

You can read more about Beatrice’s wedding day look here.

The display at Windsor Castle will also feature Princess Beatrice’s wedding shoes, made by Valentino. In addition to the dress and shoes, a replica of her bridal bouquet, made from artificial flowers, will also be created for the display.

Princess Beatrice’s wedding bouquet in Westminster Abbey in London placed on the Tomb of the Unknown Warrior.

The display will begin on 24th September and run until 22nd November 2020 at Windsor Castle. Tickets to visit the Castle and collection must be booked in advance at www.rct.co.uk, in order to assist with social distancing.

PrevPrevious articleThe Queen not expected to return to Buckingham Palace until pandemic is over
Next articleClocks go back at royal residences – which takes staff 40 hours!Next

Books give me ‘reassurance’, says Princess Beatrice in blog for World Book Day