In 2022, The Queen will celebrate her Platinum Jubilee, marking 70 years on the throne. She will become the first British Monarch to reach such an incredible milestone.

The Platinum Jubilee Weekend will be celebrated in June 2022, with an extended bank holiday from Thursday 2nd to Sunday 5th June.

This will provide an opportunity for communities and people throughout the country to come together to celebrate the milestone. The four days of celebrations will feature national moments of reflection on Her Majesty’s 70 years of service.

The Queen will mark 70 years on the throne in 2022, her Platinum Jubilee

The planned events to mark the Platinum Jubilee include:

Trooping the Colour – The Queen’s birthday parade will beginning at Buckingham Palace, and will move down The Mall to Horse Guard’s Parade. The parade will feature members of the Royal Family on horseback and in carriages. The Parade will close with the traditional RAF fly-past, watched by The Queen and Members of the Royal Family from the Buckingham Palace balcony. This will take place on the Thursday 2nd June.

A Service of Thanksgiving – this service will give thanks for The Queen’s reign and will be held at St Paul’s Cathedral on Friday 3rd June.

Trooping the Colour 2019; The Queen is accompanied by other members of the Royal Family on the balcony at Buckingham Palace. Picture by Andrew Parsons / i-Images

Platinum Party at the Palace – Also on Saturday 4th July, the BBC will broadcast a special live concert from Buckingham Palace that will bring together some of the world’s biggest entertainment stars to celebrate the most significant moments from Her Majesty’s seven-decade reign.

The Platinum Jubilee Pageant – A pageant featuring over 5,000 people from across the Commonwealth will take place against the backdrop of Buckingham Palace and the surrounding streets. It will combine entertainment, street art, music and more to conclude the celebration of the Jubilee weekend. 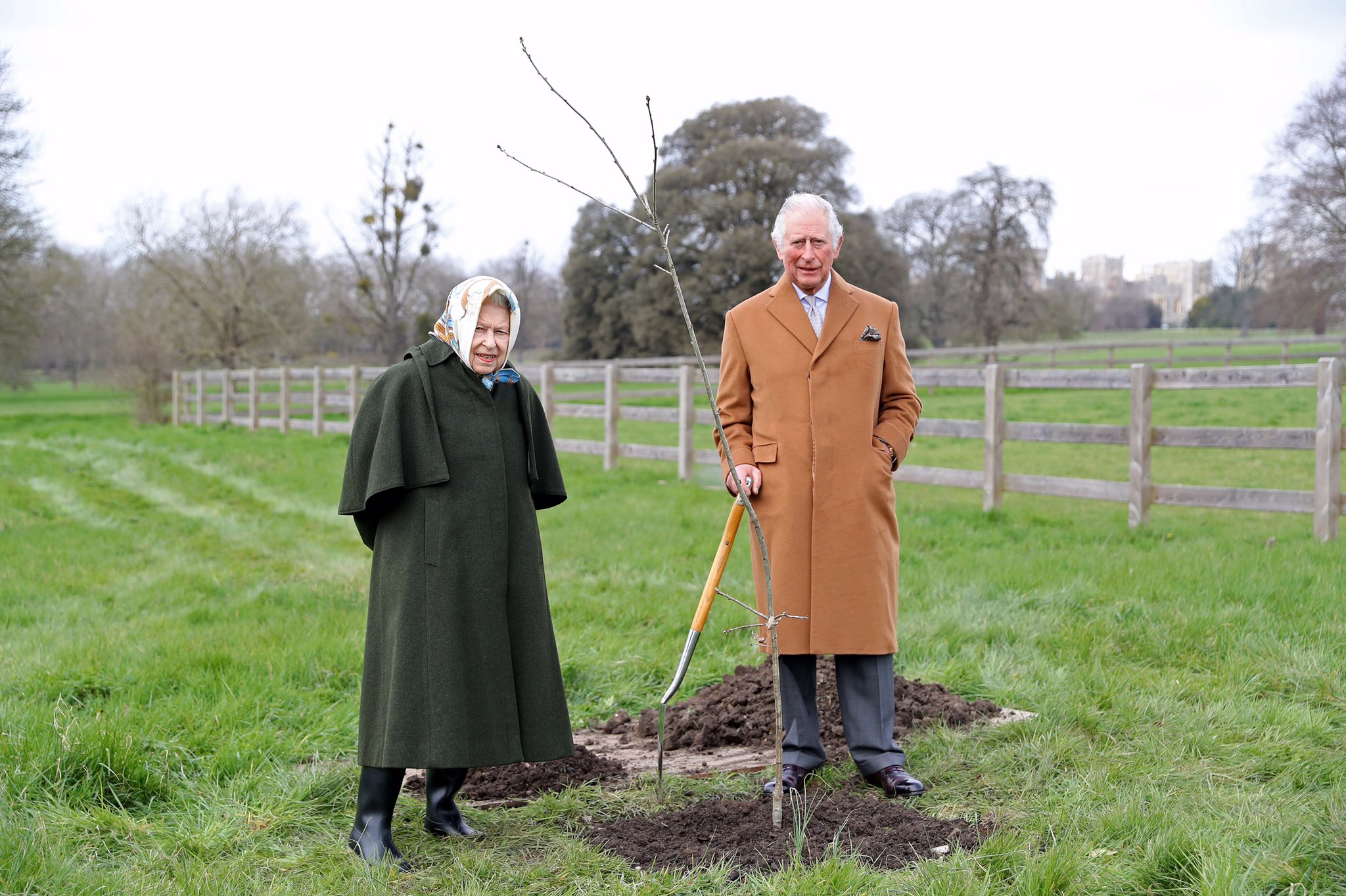 A photograph of The Queen and Prince Charles as taken to mark the start of ‘Plant a Tree for the Jubilee. (IMAGE: Royal Family/Twitter).

It was recently announced The Queen and The Prince of Wales launched a new campaign to get millions of new trees planted across the UK.

The new initiative ‘Plant a Tree for the Jubilee’. The scheme is urging ‘everyone from individuals to Scout and Girlguiding groups, villages, cities, counties, schools and corporates’ to plant trees during the official planting season, which runs from October to March.