Jermey Corbyn has once again snubbed Her Majesty The Queen and outraged Royalists by missing his first Privy Council meeting.

It was said the leader of the Labour Party was to refuse a position on Her Majesty’s Privy Council so he did not have to kneel before The Queen and kiss her hand. 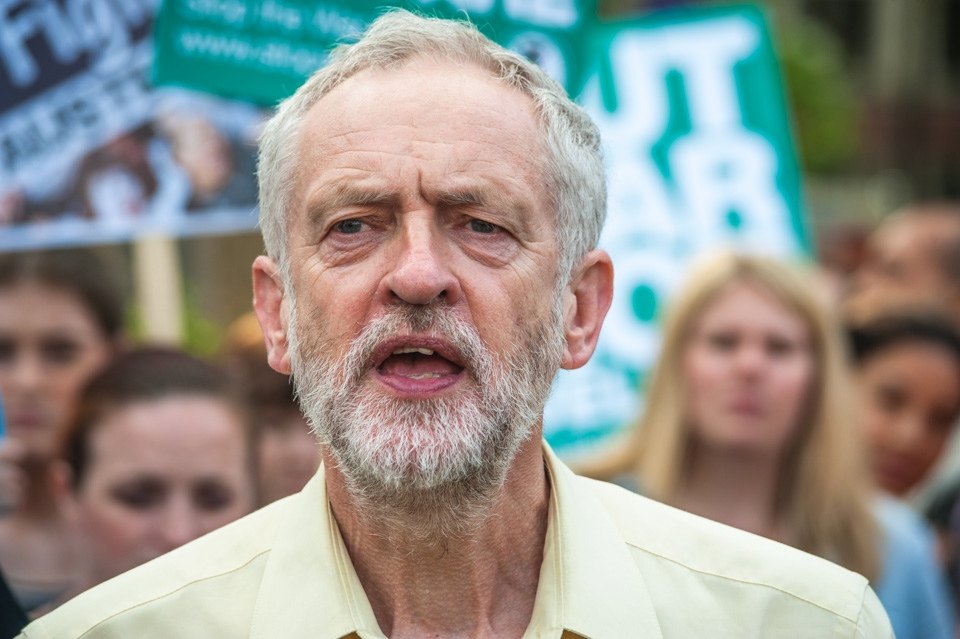 As reported by The Crown Chronicles, it was thought the politician would refuse the position on the Privy Council as a lifelong republican, because of its induction requirements: an oath pledging allegiance to the Sovereign, whilst kneeling, then kissing her hand. He then made a U-turn on his decision, and accepted the invitation.

To save face – to still be appointed a Counsellor and avoid having to kneel before Her Majesty – it was Corbyn used the Order of Council: the rest of the council, including The Queen, had to agree to induct him as a new member without him being present. The Order of Council is normally only used when a member is abroad and unable to attend, e.g. Prime Ministers of the Commonwealth, or if a member is ill.

The Parliamentary website updated Mr Corbyn’s title to ‘Right Honourable’ yesterday, denoting that he was a Privy Counsellors, but then removed it shortly afterwards.

The left-wing politician was said to have ‘prior engagements’ which prevented him from attending this meeting. The Daily Mail, however, have printed photos of him cycling, and others have emergred of him in the pub near Ben Nevis in Scotland, with apparent sources saying Corbyn wanted some ‘relaxation time’ – instead of meeting Her Majesty.

Sir Alan Duncan, a Conservative MP and a Council member, said: “The Queen has always put herself above politics, but Jeremy Corbyn seems to want to put his politics above The Queen.

“This is not so much about snubs, insults or ceremonies: it’s more about whether Jeremy Corbyn wants to be a serious political figure or just a perpetual rebel.”

Prince Minister David Cameron offered the position to the republican as leader of the Opposition. This will give him access to confidential government and security business, which has worried some due to the appointment of an IRA sympathiser in his Shadow Cabinet.

Tory MP Keith Simpson, another said: “It is a snub for The Queen in the sense that she is a constitutional Monarch and she represents the constitutional way in which we do business

“Either he has got a more important engagement – I can’t think what, or I suspect he is trying to delay the moment.

“Once you are sworn in as a Privy Counsellor then you can be told certain things in confidence and as far as the Leader of the Opposition is told you are told things that are serious.

“Firstly it is deeply insulting and secondly it is not grown up – not to go to see the monarch is just extraordinary,” one Council member told the Telegraph.

“I am sure that what they would have done is not to make him kneel. But what this really means is that he is not prepared to put himself in the position of a serious leader who can be trusted.”

Sir Nicholas Soames, a member of the Privy Council ,said Mr Corbyn was being “unbelievably selfish and bad mannered” over his treatment of the invitation.

He said: “If he is going to be the Leader of the Opposition and be taken seriously he has to take the job seriously and treating a privy counsellorship in this way is appalling.”

I love how this story – attacking Corbyn for not going to the Privy Council and kneeling before the queen – appears right alongside another, calling him a hypocrite for doing just that (obviously before it came out he had other plans). Pretty typical of the anti-Corbyn camp. Ya got to laugh…

This guy need to suck it up or get outta the way. Show some respect for the Queen…even if you don’t like her