Prince Philip has accepted a posthumous award for his mother’s bravery in helping Jews in Greece during the Second World War.

Princess Alice of Battenberg, later Princess Andrew of Greece and Denmark, received the Washington Oxi Day Foundation’s 2015 Metropolitan Chrysostomos Award. ‘Oxi’ means no in Greek and recognises bravery and courage of Greek individuals during the fight against fascism. 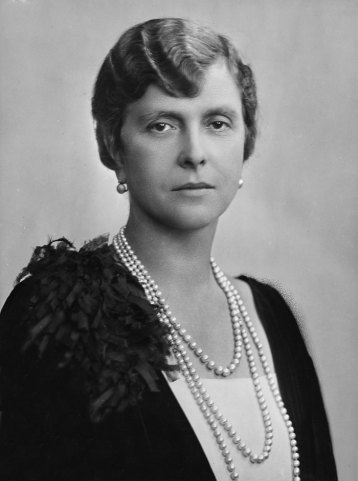 Princess Alice in her youth. The Lost Gallery

Alice lived across from the Gestapo headquarters in Athens during the war. However, she successfully hid a Jewish family in her home, and though the house was searched many times and she was regularly questioned, her actions went undetected.

The role of Greece in the war should not be underestimated: Greek resistance prevented Hitler and the German Army from reaching the Soviet Union for months. They held the Germans off until June 1941, meaning the Wehrmacht were forced to endure the harsh Russian winter, arguably costing the Germans the war.

Princess Alice was also a great-granddaughter of Queen Victoria, marrying into the Greek Royal Family in 1903, and had five children, including Philip. She returned to England in 1967, living at Buckingham Palace until her death there in 1969, aged 84.

Andy Manatos, president of the Washington Oxi Day Foundation, said: “Every year in Washington we recognise those who did extraordinary things for freedom and democracy during World War II.

“This year the person we selected to receive the award is Princess Alice, the mother of Prince Philip, because she conducted herself with extraordinary courage risking her life during the Holocaust to hide a Jewish family in Nazi occupied Athens. She showed extraordinary courage and bravery.”

The Duke of Edinburgh received the award for his mother in a ceremony at Buckingham Palace earlier this month. A photo of the ceremony will be on show at a black tie event for US political leaders in Washington this Wednesday, 28th October.

Prince Philip’s mother is already recognised on the official Holocaust memorial Yad Vashem in Israel as one of the ‘Righteous Among The Nations’.

Winston Churchill spoke of this Greek bravery at the time: “Hence, we will not say that Greeks fight like heroes, but that heroes fight like Greeks.

In January 1949, Alice founded a nursing order of Greek Orthodox nuns, the Christian Sisterhood of Martha and Mary, and though the order failed, remained a nun for the rest of her life.

The Queen catches up with Foreign Office &...

Rare appearance for Duke of Edinburgh as he...

I am half Grecian myself, and highly esteem Princess Alice!

A peek at the next episode of 'TCC Talks', with @m

We have written about ALL the royal engagement rin