After a busy couple of days attending engagements with The Duke of Cambridge, The Queen was joined by her daughter, The Princess Royal, for the final two days of Royal Week.

The first engagements saw Her Majesty and Princess Anne visit The Children’s Wood Project, where the pair spoke to young individuals about the benefits of the project and how they enjoy they outdoor space, especially during the pandemic.

During the visit, the royal duo heard from local beekeepers, who were leading a volunteering session about the wood’s beehives. They also heard about the ‘Beedookit’, which is a bee version of a dovecote where the insects enter hives high off the ground so they are not disturbed by the public.

Her Majesty and Princess Anne went on to meet some of the children and teachers from East Park Primary School, who were toasting marshmallows outside. When The Queen was offered a marshmallow she politely declined saying, “No, that’s very kind of you.”

The pair were gifted a little treat to thank them for visiting a jar of homemade honey – which came with the recommendation to spread it on some toast!

One student asked the Monarch why she was on a visit to Scotland, to which Her Majesty replied: “Well, to meet you all of course!”

?Today The Queen and The Princess Royal visited one of the last wild spaces in the west-end of Glasgow: @childrens_wood.

?The former football pitch was transformed into a woodland and meadow 20 years ago. pic.twitter.com/HbNKD7po90

Speaking to Glasgow Live, Beekeeper Kathleen Friend said: “It was so lovely for The Queen to come and see us today and made us feel special. She famously knows a bit about bees and we had plenty to talk about. She was interested in the structure.

“I was worried about the uneven land but she took it all in her stride, in her royal blue outfit. She looked great.”

Emily Cutts, director of the Children’s Wood project, lead the tour for Her Majesty and The Princess Royal, highlighting out the various aspects of the project.

Speaking about the royal visit, she commented: “It was easy to show her round, the conversation was easy. She had a good sense of humour. She was commenting on the wildness often, and I said the reason we love this space as not manicured it means it perfect [sic].”

Here are some more photographs capturing the memorable visit from the Queen and Princess Royal @KirstyCAnderson ? pic.twitter.com/fmSMkQU6lV

The final engagements on Wednesday saw the royal mother and daughter learn about the British Space and Technology industries.

Her Majesty was joined by Anne on a visit to AAC Clyde Space. The Monarch was delighted to have heard all about the satellite technologies and services created by the organisation which in turn is used to gather data to predict the weather. 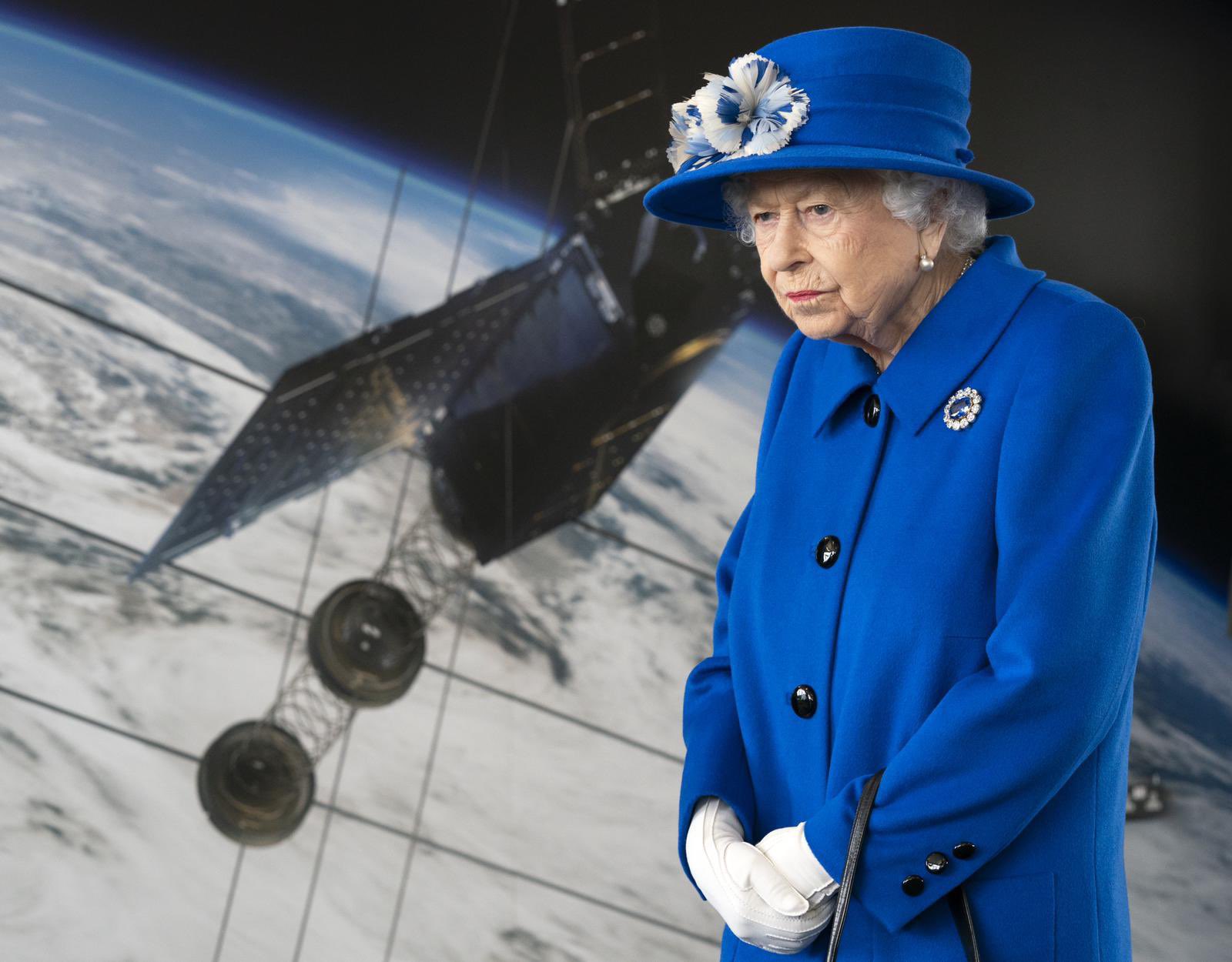 The Queen visited AAC Clyde Space to hear about the organisation’s space technologies and how they use data to predict the weather. (Royal Family/Twitter) 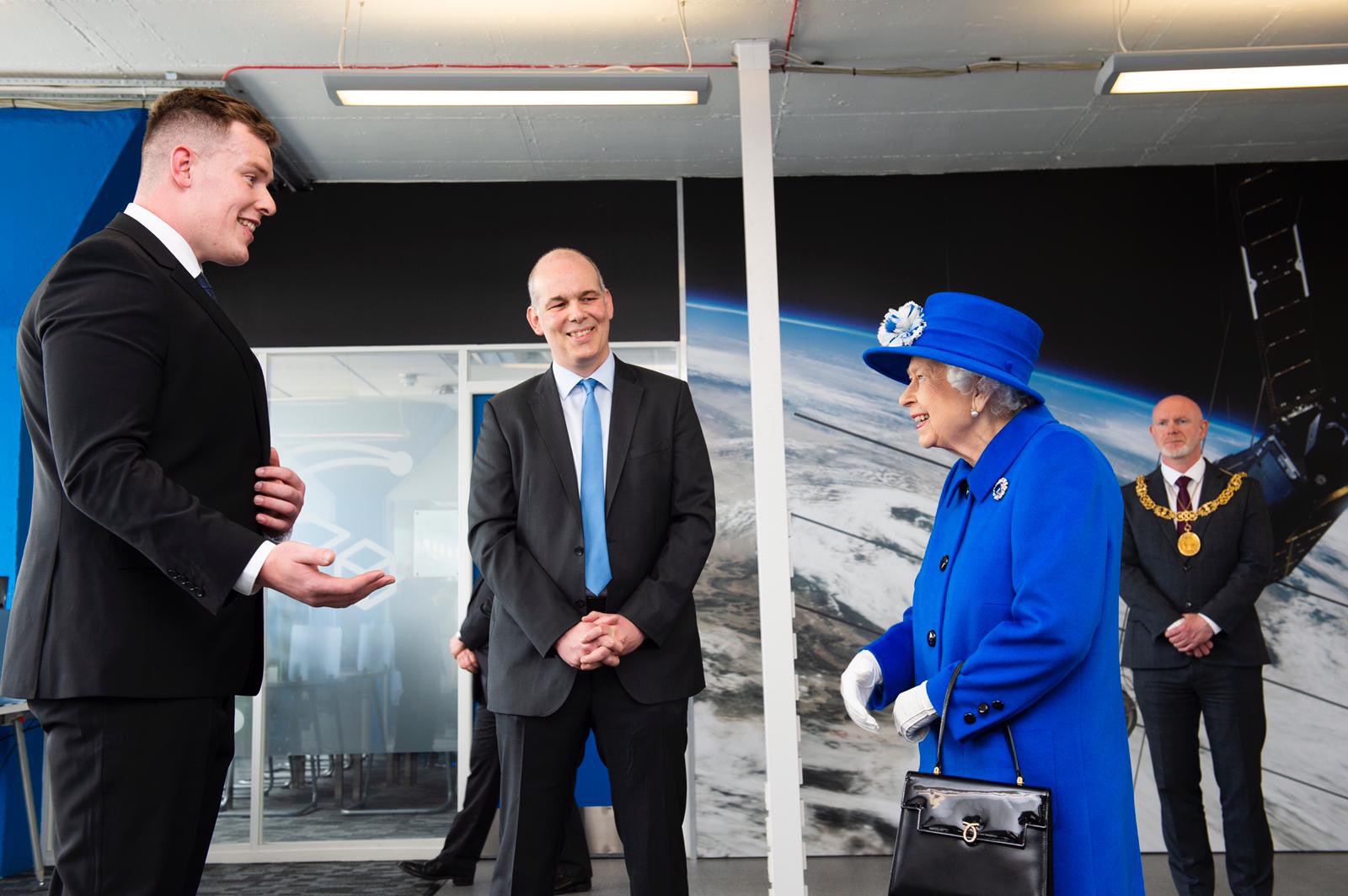 The Queen took particular interest in hearing about the developments in the British Space industry. (Royal Family/Twitter)

The Queen and Anne heard how over the past few years, the organisation has launched 10 Glasgow-built satellites and is currently producing seven more. 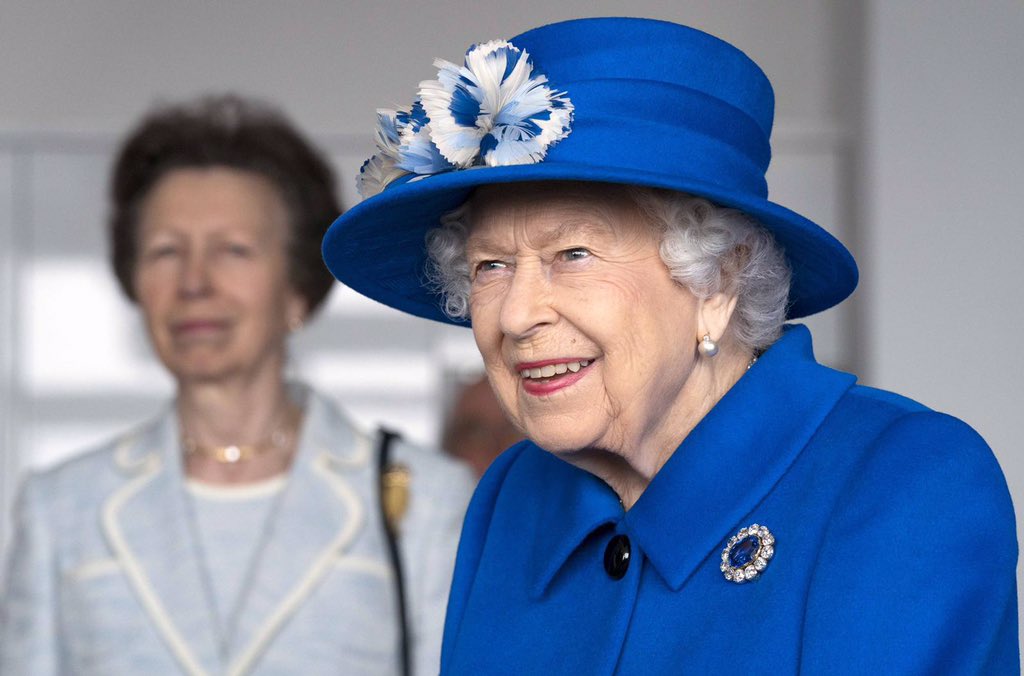 Her Majesty The Queen was joined by the Princess Royal during the engagement as part of Royal Week. (IMAGE: Royal Family/Twitter).

The second institute The Queen and Anne visited was Spire, whose technology is currently being used for different purposes including developing different renewable energy sources, GPS maritime navigation, and weather forecasting.

Joel Spark, of Spire, talked to the Sovereign about screens showing how different satellites are monitoring the weather around the world. Looking at the map, Elizabeth said: “Fascinating pictures, aren’t they?” 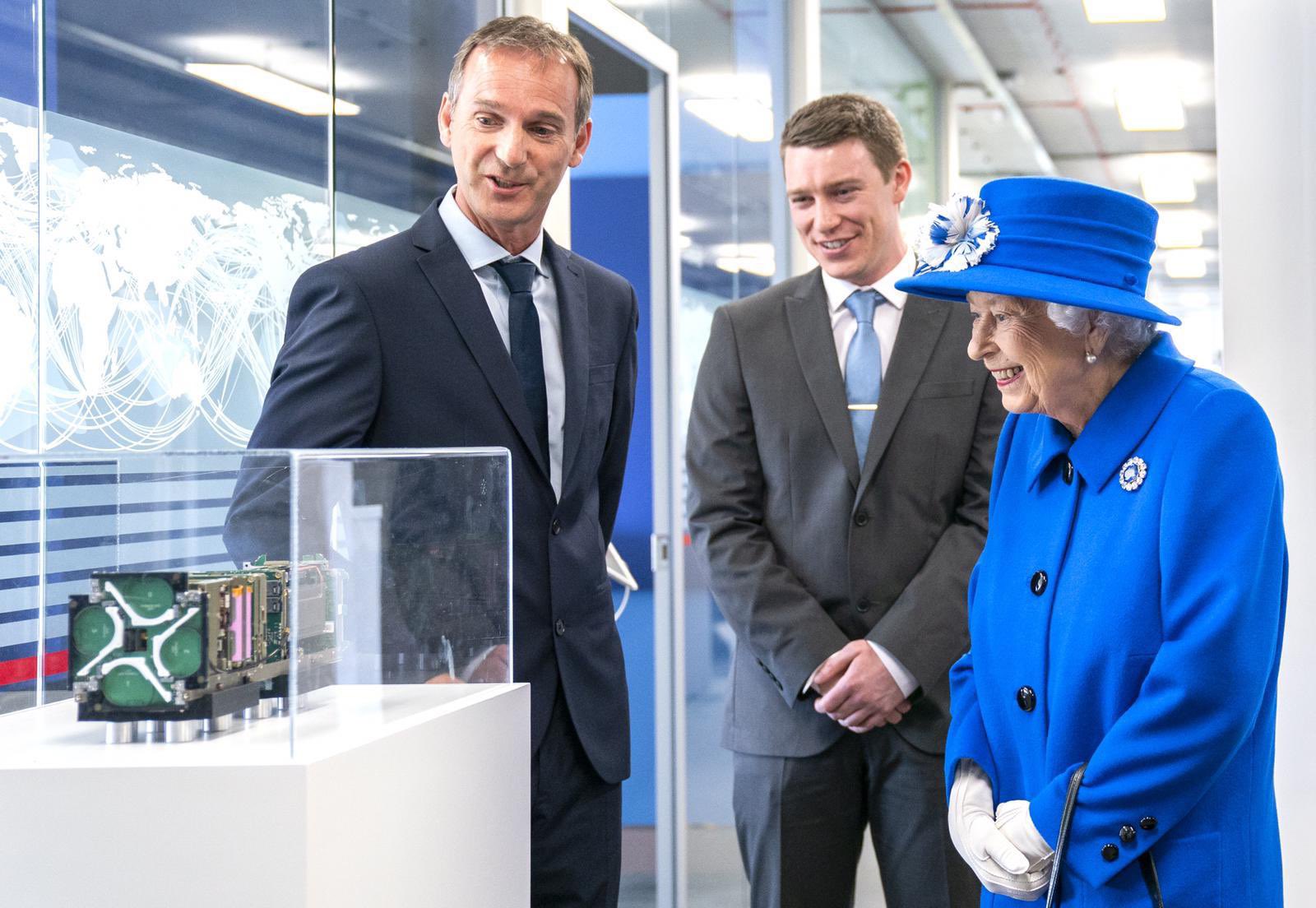 And when she told that the satellites can help forecast global weather she replied: “That’s what one wants to know. It is really marvellous, it is very interesting.”

He added: “It is wonderful new technology helping us win lots of new orders around the world.”

Co-founder and Vice President of Engineering Space Services, Joel Spark commented: “It was an honour to welcome Her Majesty and Her Royal Highness, where we were able to demonstrate the benefits of our technology and how these cutting-edge capabilities are used to better inform our understanding of the world.”

Spire was honoured to welcome Her Majesty and Her Royal Highness to our @skyparkHQ facility in Glasgow today, where we demonstrated how data from our cutting-edge satellite constellation better informs understanding of the world. Read more about the visit: https://t.co/79SqMwZ5ko pic.twitter.com/puL4bwsqF5

To round off Royal Week in Scotland, The Queen and the Princess Royal visited The Edinburgh Climate Change Institute at Edinburgh University.

The Queen and Anne heard from staff and students about their research and how society can do more to reverse the effects of climate change.

The pair spoke to academics who have recently launched the Edinburgh Earth Initiative, which helps students to create better ways of combatting climate change.

Her Majesty and Anne saw a scale model of a Wave Energy Scotland devoid, which will have the function to create electricity from the energy of waves.

The Queen and Princess also had the pleasure in meeting representatives from the Children’s Parliament, who spoke about their contributes at the Scotland’s Climate assembly. The children also presented Her Majesty with two trees, which will be planted as part of The Queen’s Green Canopy, which will mark her Platinum Jubilee.

Her Majesty also unveiled a plaque to mark the university’s renewed commitment to leading climate action.

Speaking of the visit from The Queen and Princess Anne, Professor Peter Mathieson, Principal and Vice-Chancellor of the University of Edinburgh, said: “We are delighted to welcome The Queen and The Princess Royal, the University’s Chancellor, to hear about the university’s long and proud record of research and teaching on the nature and impacts of climate change.”