The Queen has officially begun Holyrood, or Royal, Week, with the support of her grandson The Duke of Cambridge.

William joined The Queen, who is undertaking a week of royal engagements in Scotland for the first time since the death of The Duke of Edinburgh. 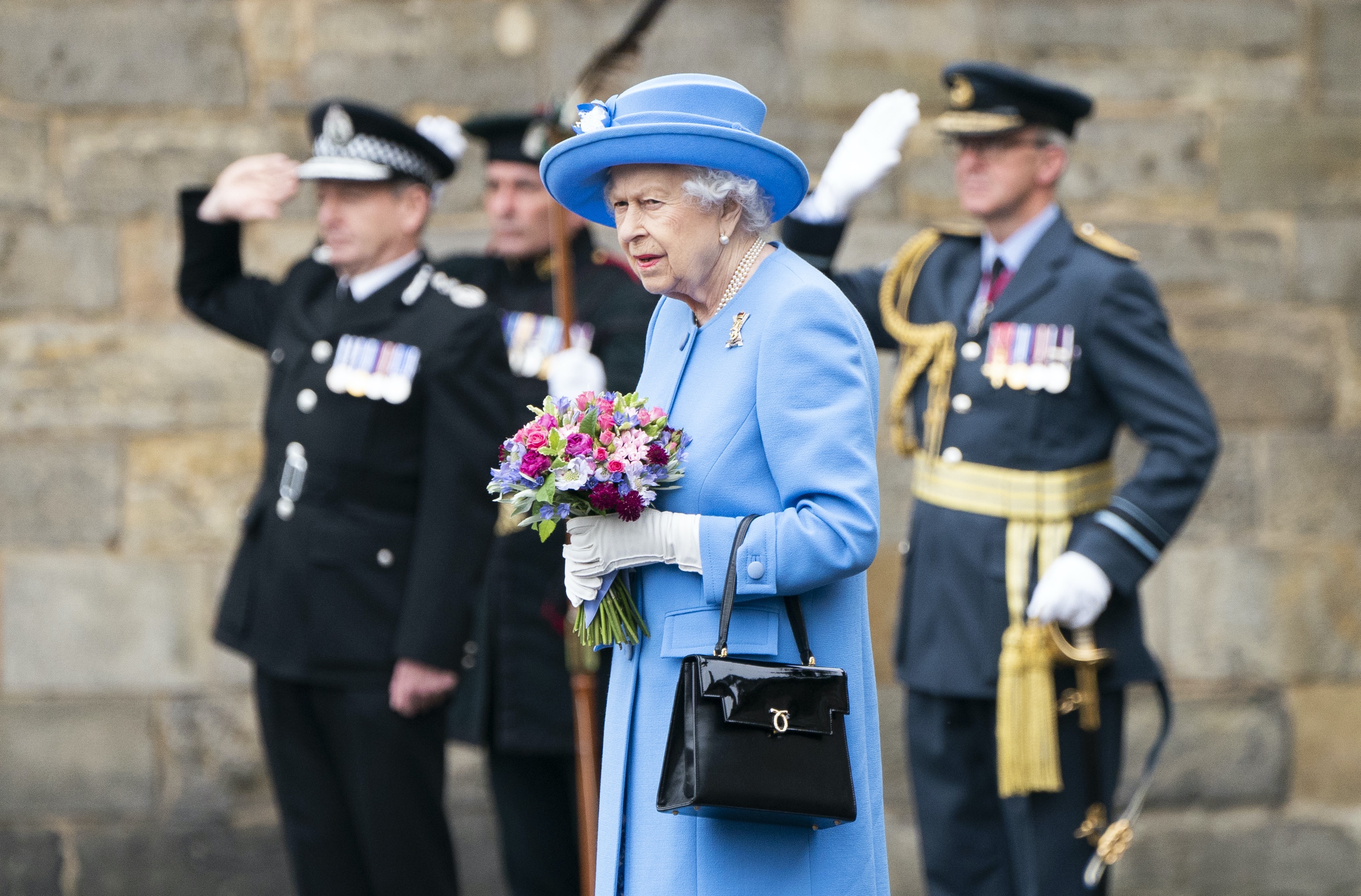 The Queen has undertaken a number of engagements to open Royal Week and has been joined by The Duke of Cambridge. (@Royal Family/Twitter)

The Queen and Prince William began their day by visiting A. G. Barr, home to the iconic Irn Bru drink, in Cumbernauld, near Glasgow.

During the visit, William was offered a sip of Irn Bru and commented ‘you can taste the girders in it’ to commercial director Jonathan Kemp.

He was asked by Mr Kemp if he had tried the drink whilst he was a student at the University of St Andrews in Fife. The Earl of Strathearn, as William is known north of the border, replied: “Not St Andrews”, but further added that the iconic drink was often a part of his lunches during his time in the armed forces before raising a glass and saying it was ‘delicious’.

Upstream manager of Irn Bru Colin Reilly brought over a small jar to The Queen and The Duke of Cambridge which contained the clear essence of the fizzy drink. The recipe is a secret only known to three people!

After smelling the clear substance, the Duke commented: “I’m trying to guess what’s in it but that’s quite hard, isn’t it?”

Mr Reilly said: “I’d love to tell you,” and William smiled as he replied: “This is a closely guarded secret.”

Whilst the royal pair visited the factory, they met with employees and were given an overview of the history of the company, before Her Majesty unveiled a plaque to commemorate the visit and the official opening of the process facility.

The entire facility had to be shut down for the royal visit because of the noise levels, reports Sky News, and it would be ‘hours before they get it all back in to production again and sending drinks right around the world’.

? This morning, The Queen and The Duke of Cambridge visited a Scottish institution: the @IrnBru factory! pic.twitter.com/b9YkFx9QGi

Her Majesty wore her pearl trefoil brooch for the occasion.

After the visit to the Irn Bru factory, The Queen headed to the Palace of Holyroodhouse in Edinburgh, her official residence in Scotland, for the Ceremony of Keys.

The monarch was welcomed to ‘your ancient and hereditary kingdom of Scotland’ by Edinburgh Lord Provost Frank Ross. During the event, the keys to the city of Edinburgh are handed over symbolically to the monarch before being returned to the Lord Provost of Edinburgh.

After the ceremony, The Queen inspected the Guard of Honour on the forecourt of the Palace. She and grandson William met with local key workers, talking to them about their roles during the pandemic.

The Queen, accompanied by Prince William, The Duke of Cambridge, at the Ceremony of the Keys at the Palace of Holyroodhouse in Edinburgh

Royal Week sees the Queen spending a week in different parts of Scotland to recognise all the Scottish people, and celebrate Scottish culture, achievement and communities.

It is also known as Holyrood Week; the annual celebration was cancelled last year due to the Covid pandemic.

The Queen will be joined later in the week by her daughter, The Princess Royal, for more engagements.

The Queen attends the Act of Loyalty Parade during Holyrood Week