The Queen carried out her first in-person engagement today at Windsor Castle since returning from her summer holidays at Balmoral Castle.

She met troops from the Canadian military on the 150th anniversary of the founding of regular elements of the post-Confederation Canadian Army. 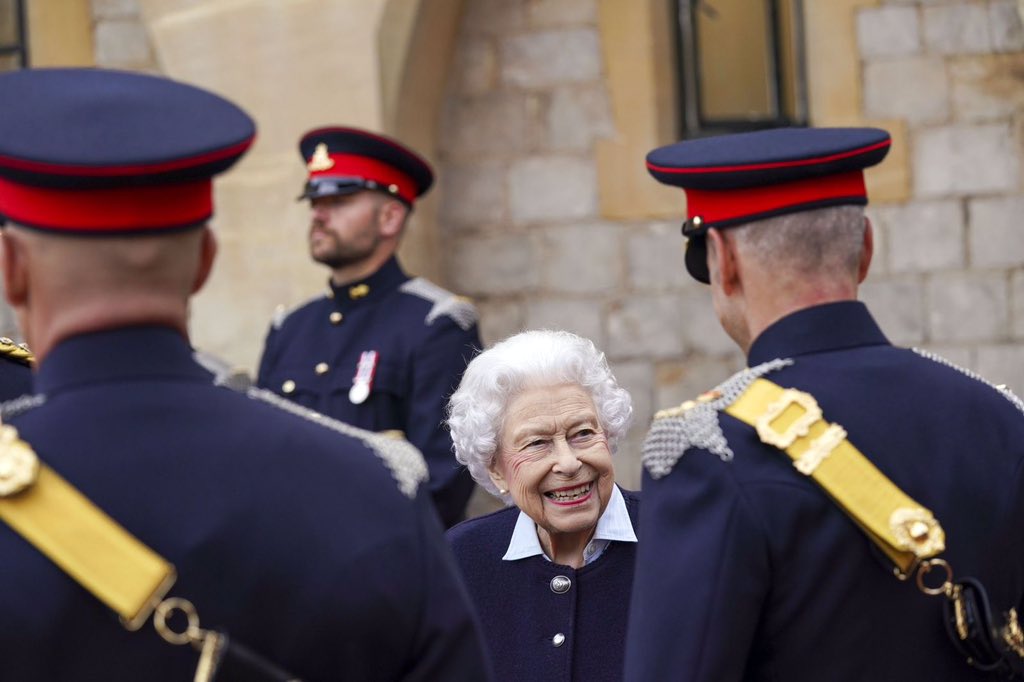 The Queen carried out her first in-person engagement today since returning from her summer break. (@RoyalFamily/Twitter)

The Monarch paid tribute to the Commonwealth soldiers by wearing her diamond maple leaf brooch, featuring precious stones set in platinum, formed in the shape of the national emblem of Canada. It was originally made for Queen Elizabeth – later the Queen Mother – as a gift from King George VI, ahead of their state visit to Canada in 1939.

In the Windsor guardroom, Her Majesty spoke to soldiers from the 1st Regiment, Royal Canadian Horse Artillery on duty protecting the castle.

Her Majesty met troops from the Canadian military at Windsor Castle. (@RoyalFamily/Twitter)

Earlier this week, a group of soldiers from the Royal Regiment of Canadian Artillery, led by the 1st Regiment, Royal Canadian Horse Artillery and supported by the RCA Band assume the honour of Queen’s Guard at Buckingham Palace and Windsor Castle.

This was the first time the Regiment had undertaken these duties and was the first overseas Guard Mount since the start of the pandemic. She noted how the return of the popular event, the Changing of the Guard, had featured on the front of The Times the day before.

The Queen liked the front page of The Times on Tuesday. pic.twitter.com/etOh9UySCt

As such, The Queen was shown the guards’ accommodation. She heard about the soldiers’ visit to the UK, and more about their personal lives, including their families back in Canada. 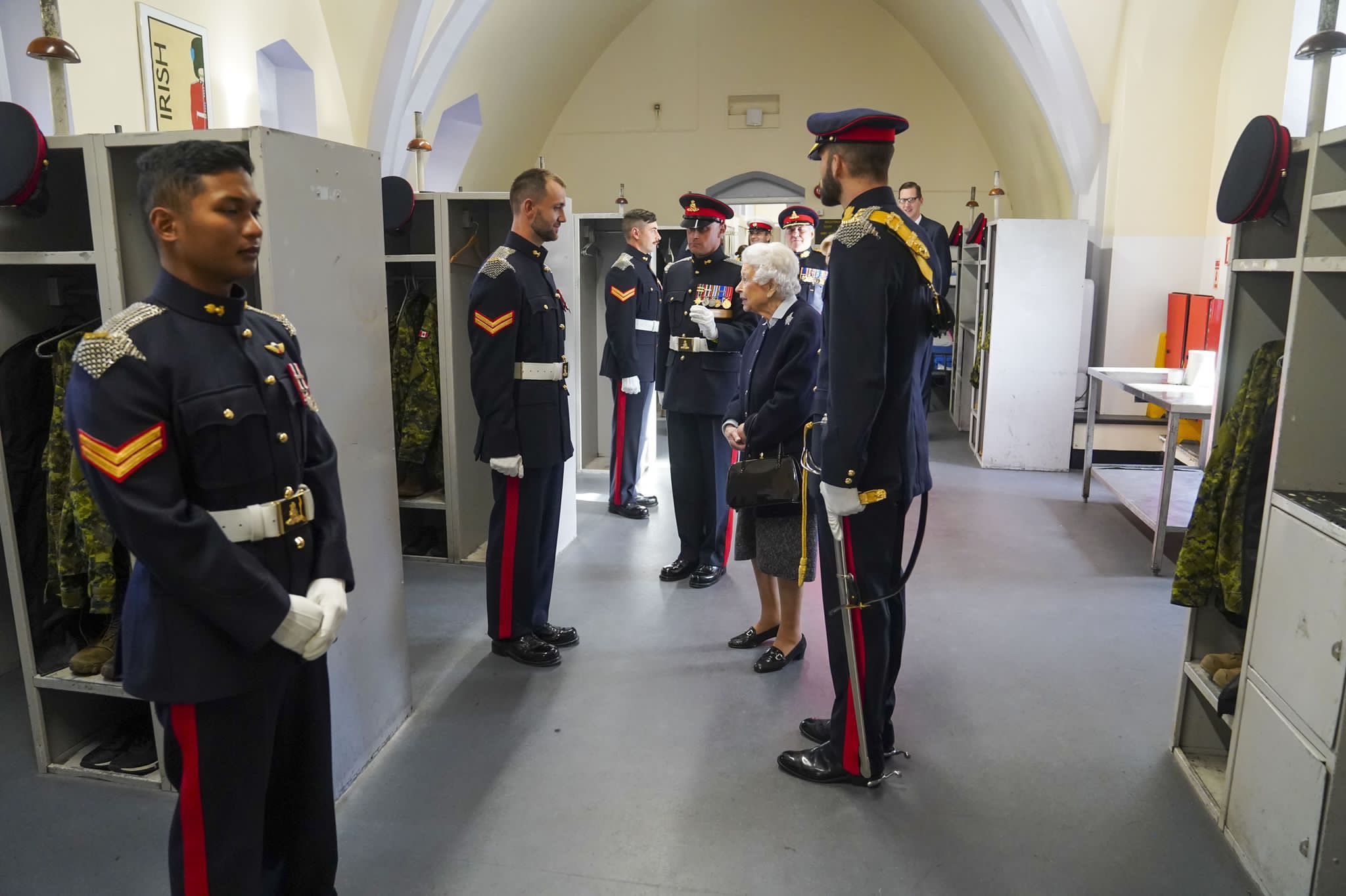 Her Majesty heard about the families of the personnel who have are currently staying in the UK. (@RoyalFamily/Twitter)

After speaking to the soldiers and being given a tour of their accommodation, The Queen presented the Captain General’s Sword to servicemen from the regiment on the Parade Ground.

It will be used every year to recognise the ‘Exemplary Leadership in the Rank of Captain’ by an officer who is selected from each of the regiment’s Regular and Reserve Force components. 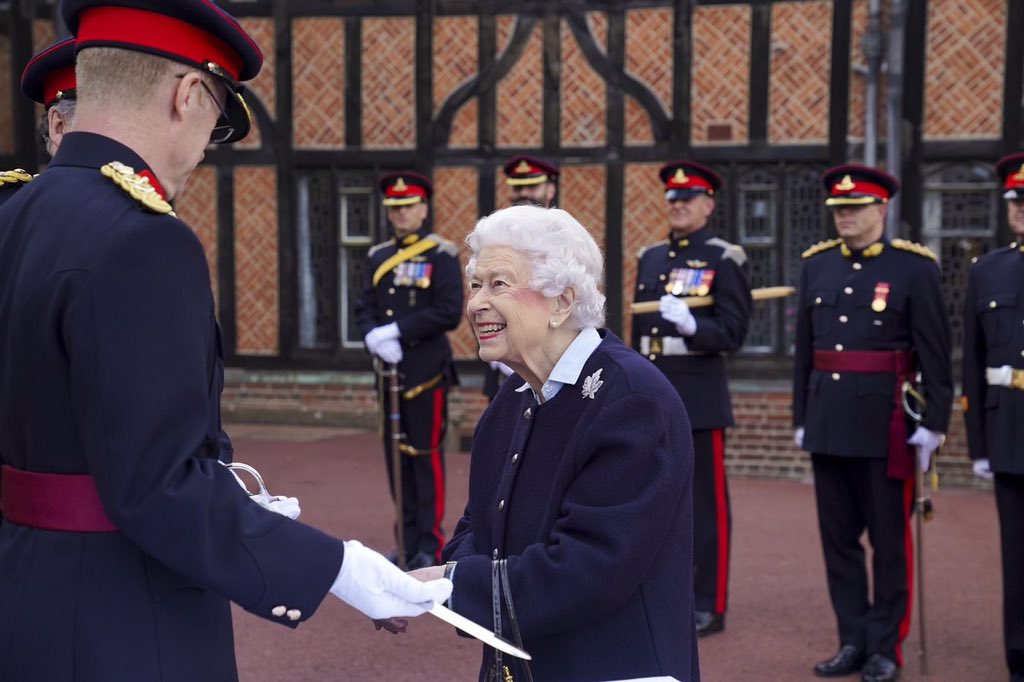 Her Majesty is Captain General of the Regiment a post she has held since her Coronation in 1953.